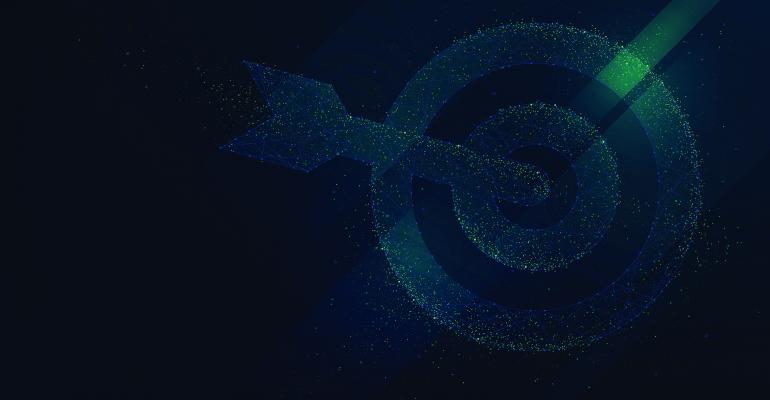 Targeted Digital Ads Work for Consumer Brands. Can They Work for Advisors?

Dynasty Financial has unveiled a program to help its RIAs use cutting-edge digital marketing, pinpointing prospects where they live, both online and in real time.

One of the registered investment advisory firms in the Dynasty Financial Partners network had a very specific client in mind when they were thinking of their growth plans. They wanted to focus  not just on corporate executives but corporate executives with concentrated stock positions.

The group, who declined to be named, felt it had a good solution to that problem, but finding the prospects who fit the profile wasn’t easy. Justin Barish, the president of digital marketing at Dynasty, suggested they spend just $7,000 on a targeted, digital ad campaign that Dynasty would help develop and implement. Through a mix of marketing databases and web traffic algorithms, the firm could put ads for a free whitepaper on concentrated stock positions onto websites visited by the exact type of executives they were looking to reach.

Related: Five Charts on How Financial Advisors Use Digital Marketing

The result? For its $7,000 spend, the campaign brought in 10 new clients to the firm with an aggregate $100 million in assets.

Targeted digital ads—online advertisements seen on computers, tablets and mobile phones by pre-identified consumer profiles deemed most receptive to the message—are by now a staple of consumer advertising. Shopping for winter boots? No one is surprised to see winter boot ads pop up later on unrelated sites. Internet users are so used to seeing targeted ads based on their likes, proclivities and spending habits, it barely raises eyebrows anymore, and the hand-wringing over privacy concerns is (for now) overshadowed by the ease, convenience and “measurability” of the campaigns.

Much of that is intended for a broad audience, slicing consumers into groups who share a love of, say, outdoor gear or a particular type of automobile and live in certain zip codes. Increasingly, such ads are being designed and delivered online to a narrower, much more specific audience. Businesses small and large have taken advantage of this targeting, all greased by leaps in the available data, the technology to crunch that data and, of course, our social media addictions. But few advisors have broached the arena.

Barish’s group at Dynasty is among the first large platforms to try and close that gap, rolling out campaigns over the course of last year. The Dynasty P.R.O. (Performance Reporting Optimization) Dashboard runs targeted digital ad campaigns for 16 firms currently in the Dynasty network, with another five on board to start campaigns in 2019.

In one instance, the group designed a campaign to target only some advisory firm prospects that played on a specific golf course, a strategy known as “geo-fencing.” Retailers and other companies use this kind of location-based marketing all the time. The closest most money managers get to that is with a column in a local newspaper or retirement seminar at the Holiday Inn.

A screenshot of Dynasty Financial Partner's Performance Reporting Optimization (P.R.O.) Dashboard, a customized tool that its affiliated firms use to track marketing campaigns.

Most of the RIAs who use the tools would not disclose how they are using the targeted ads, for fear of giving up a competitive advantage. And to be sure, $100 million in new clients is an exception, Barish said. In aggregate, the campaigns conducted on behalf of Dynasty’s RIAs since the program resulted in more than 1 million ad impressions and over 4,000 leads. Out of that, about 80 became clients in 2018.

Most potential clients targeted are typically high-net-worth individuals with between $1 million and $10 million, Barish said. Assuming each new client had $5 million, the targeted digital ad campaigns could have brought in more than $400 million in new assets to the firms. He declined to share the total amount of money RIAs spent on the ads in 2018 or the exact amount of new assets won.

“What excites us about paid ads is that this gives us an opportunity to (get to) a niche market that’s hard to reach,” said Alexa Hyman, vice president of client solutions at Keebeck Wealth Management, which manages $665 million.

Traditionally, Chicago-based Keebeck focused on business owners navigating major liquidity events. But targeted ads are an opportunity to connect with potential clients outside that existing network, Hyman said. In addition to identifying more entrepreneurs in the manufacturing and aerospace industries, targeted ads can get the firm in front of business owners in technology and other sectors, Hyman said.

To be clear, Barish said, the digital tool is only part of the answer—an RIA needs to make sure the ads themselves are capable of moving potential clients to act, and that the firm is ready to take advantage of the inbound interest.

“It's the client coming to the advisor,” Barish said, which is the opposite of what most firms do—outbound marketing more akin to the techniques of a “car salesman.”

Targeted ads may be more efficient, but they are far from a magic bullet, experts say. No company can make up for a poor marketing strategy with brute force ad spending, said Eric Weiss, the senior vice president of growth and performance marketing at Personal Capital.

Weiss, who was previously Personal Capital’s chief marketing officer, also stressed the importance of a customer experience beyond targeted ads, especially in an industry like wealth management. The first thing a customer is going to do after they see a digital ad is check out the advertiser’s website, social media, news articles about them and anything else on the internet.

“Even sending people back to a website, it's not going to trigger them to use your service right away, especially when you’re talking about managing money,” said Tyler McConvill, vice president of marketing at FMG Suite. “It’s not a tchotchke on Amazon.”

FMG Suite helps financial advisors build websites, automate email and social media marketing and has marketing coaches available for advisors. Wealth managers can also pay for a high-touch service that will create and run targeted digital ads, like Dynasty’s. Other companies, such as HubSpot and Marketo, offer similar services.

But Barish said his group has a leg up on the firms in terms of cost. Services and support from the group are free to firms affiliated with Dynasty and the only cost to the RIAs is the ads themselves.

RIAs using Hubspot can expect to spend at least $1,000 a month on the service, or even more for premium consulting services. The cost of the ads comes on top of that. Traditional ad agencies are often too expensive for most RIAs. Agencies usually charge clients a percentage of the money they spend on ads, and those minimums are well above what most RIAs plan to spend on advertising. Agencies also require clients to sign a contract for a set period of time, forcing clients to commit capital down the road, which is a “hard pill to swallow” for most RIAs, Barish said.

For some advisors, the ubiquity of social media has brought digital ads down to an affordable level.

“What Facebook has done is democratized the ability to target audiences in a way that was only available to big [agencies] in the past,” said Matthew Kane, group director of Analytics and Business Operations at Merkley + Partners, a full-service advertising agency in New York that works with Mercedes-Benz and Florida's Natural Juices. And Facebook is not the only game in town. The same drive toward better ad targeting is being pursued at other big social media networks, including LinkedIn, Twitter, Instagram and others.

Kane said to gain an edge in the marketplace, advertisers need to leverage that customization to the fullest, but that might not require an ad agency. Facebook and others have detailed guides and FAQ pages to help anyone place ads on their own.

That’s easier said than done. Kevin Mahoney, an RIA and the founder and CEO of Illumint, experimented with digital ads on Instagram and YouTube even though he said he ignores ads himself and was skeptical of their effectiveness. He studied how to manage the ads to cut out the middleman, only to find the leads generated weren’t the type to work with an advisor.

“We've reached a point at which it has become pretty tough to connect meaningfully on social media with people you don't already know,” Mahoney said.

Barish, who was a social media marketing specialist at technology companies VMware and Google-based startup LevelUp before coming to Dynasty, admits he didn’t know what an RIA was before he joined the firm three years ago. And he acknowledges  there has been a lot of trial and error in the targeted-ad work the firm has done; and that will continue as the firm iterates the tools. He’s also been working with Joe Rizzo, director of RIA growth strategies at Dynasty, to try and use targeted ads to attract and recruit advisors themselves to the platform, but the effort has yet to succeed.

“The thing we hope for the most is to fail quickly,” he said, so they can collect the data, reiterate the offering and, ultimately, prove out the assumption that profiling prospects via digital ads is the wave of the future for advisor marketing.