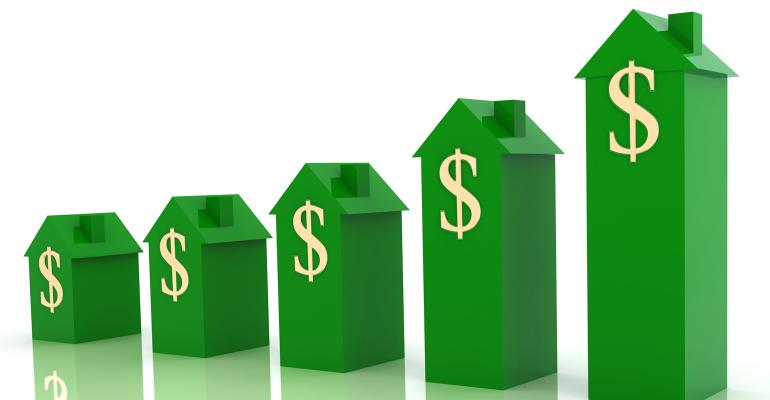 Why One Investor is Betting Billions on SFRs

Transcendent Electra plans to acquire or develop rental housing totaling $3 billion over the next three years.

The single-family housing market is red hot with prices rising at record-shattering rates. Homebuyers, who were briefly sidelined during the pandemic, have been hungry to take new space and take advantage of low mortgage rates to buy homes. Nationally, the S&P CoreLogic Case-Shiller index of property values climbed 12 percent in February from a year earlier, the biggest jump since 2006.

So, it might seem like a challenging time for investors to swoop in and build single-family rental (SFR) portfolios. But that’s exactly what Transcendent Electra, a new joint venture, is doing with a war chest enabling it to spend billions to buy and build houses. Transcendent Electra, launched in February, is a partnership between Transcendent Investment Management, a single-family rental (SFR) platform, and Electra America, a longtime owner and operator of apartment properties.

Related: WMRE's Common Area: Why Single Family Rentals Are on the Rise

“We’re able to leverage Electra’s multifamily expertise and presence in those markets to reach prospective residents and capitalize on economies of scale says Jordan Kavana, CEO of Transcendent Electra.  “There are a lot more efficiencies the multifamily has realized that single-family rental houses have not.”

One appeal is that demand for SFR rentals has been rising right alongside demand for home ownership. In fact, two SFR REITs, American Homes 4 Rent, which owns 54,000 houses, and Invitation Homes Inc., recently announced double-digit percentage increases on rents.

With the economy not back to pre-pandemic levels, some SFR tenants have continued to struggle, but those renters typically are not the ones inhabiting houses in institutional-quality portfolios like the one Transcendent is attempting to build.

“A lot of people move from multifamily to single-family rental houses,” says Kavana.

Transcendent Electra announced in May that they were adding 1,889 new homes totaling $1.5 billion to its portfolio of rental properties. Of these, the partnership is already in contract to buy new single-family homes and townhomes totaling $496 million. Transcendent Electra has another $1 billion worth of single-family rental properties in its pipeline. The properties are scattered throughout the following markets: Birmingham and Huntsville, Ala.; Florida; Savannah and Atlanta, Ga.; North Carolina and South Carolina; Nashville, Tenn.; and Dallas, Houston, San Antonio and Austin, Texas. These investments are the first half of Transcendent Electra’s plan to acquire or develop rental houses totaling $3 billion over the next three years. Eventually, the partnership plans to own and manage 15,000 to 20,000 units of rental housing.

“We have strategic relationships… builders we have worked with for four or five years,” Kavana says. “Our longstanding relationships with some of the nation’s top homebuilders have allowed us to locate product in markets where demand exceeds supply.”

Transcendent Electra intends to grow its portfolio of rental houses even though home prices are growing very quickly. The median price of an existing home was $329,000 in March 2021, up from $280,000 the year before, according to the National Association of Realtors.

These prices are much higher than the deeply discounted prices investors used to pay to buy houses seized in foreclosures during the Global Financial Crisis. Transcendent stopped focusing buying existing houses years ago as prices rose. “To buy an old home—you would almost have to twist my arm… unless you were buying a such a deep discount,” says Kavana.

Instead, Transcendent Electra plans to buy these homes and townhouses directly from homebuilders in new developments.

“They allow us to buy the first five or so houses at a price that meets our return requirements,” says Kavana.

These homebuilders benefit, because they can depend on immediately earning income at their planned single-family developments from these sales to Transcendent, instead of waiting for the usual pace of home sales to play out. That allows them to plan more aggressively, and move their capital more quickly to new developments. “This is purely accretive from the homebuilder’s perspective,” says Kavana.

Other companies focused on single-family rental properties have also started to bid to buy these new properties. “Our competition is the top REITs,” says Kavana. “They are starting to understand the value of being in the new product space.”