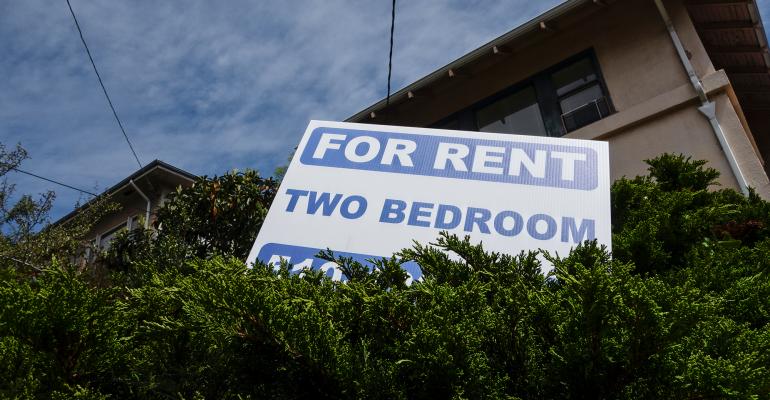 The largest companies operating in the rental housing space are reporting few vacancies and strong rents. Smaller players are struggling.

The biggest companies that own and operate single-family rental houses (SFRs) are having a good year—in spite of the massive recession caused by the spread of the novel coronavirus. New residents have seemed eager to move in to those properties, even pushing rents upwards in some cases.

This seems counterintuitive given that millions of people—nearly 20 percent overall—who live in rental houses have fallen behind on their rents, according to data gathered by the U.S. Census. And that problem could worsen depending on whether federal extended unemployment benefits that expired in July are reinstated or not.

The disconnect stems from the fact that SFR tenants for the biggest companies are more likely to be in better financial shape. In addition, those companies have seen a recent influx of tenants that have relocated from smaller, urban apartments as the COVID-19 crisis has played out.

Meanwhile, the most vulnerable families that have benefited the most from federal aid tend to occupy SFRs owned by individual investors. That’s a big reason why housing advocates are continuing to press for Congress to extend many of the provisions enacted by the CARES Act this spring that have now expired.

“Enabling tenants to pay their rent as they normally would is unquestionably the single best way to protect both tenants and landlords,” says Julia Gordon, president of the National Community Stabilization Trust, based in Washington, D.C.

Toronto-based Tricon Residential has been one of the winners in the current market, reporting that renters have flocked to its single-family homes.

“We received an average of 3,500 calls per week from prospects interested in leasing a home… [but] we had a total of 721 homes become available to lease during the month of July,” says Kevin Baldrige, chief operating officer for Tricon.

The percentage of Tricon’s rental houses that were occupied in August grew to 97.4 percent. That’s close to a full percentage point higher than the average over the past two years.

“The pandemic has made health and safety a key priority for many people, with increased desire to move from dense urban areas into detached single-family homes in the suburbs,” Baldrige says.

Invitation Homes, another leading owner and manager of rental houses, reported a recording-breaking 97.5 percent of its houses were occupied in second quarter of 2020.

“COVID-19 seem to be intensifying a shift in preferences toward single-family space over denser housing options,” says Dallas Tanner, president and CEO of Invitation Homes.

Nearly a third (30 percent) of the people who moved into houses owned by Invitation in April and May 2020 moved from denser urban areas, according Invitation’s survey of 500 new resident households. The same percentage (30 percent) said COVID-19 increased their desire to live in a single-family home versus an apartment or a town home.

“Internet searches for homes in rural and suburban areas outpaced searches in urban areas,” says Don Walker, managing principal and chief financial officer for John Burns Real Estate Consulting, based in La Jolla, Calif. “If you are going to locked in your house all day it would be nice to have a little more space and a backyard.”

Large companies like Tricon and Invitation tend to own more expensive rental houses occupied by less economically vulnerable renters. That is largely true of all the institutional investors studied by Burns. Overall, the SFR companies monitored by the firm continue to collect 97 percent to 99 percent of their normal rent roll.

More vulnerable renters may be in deeper trouble

There are 17.1 million single-family rental houses in the U.S. That’s more than a third (36.4 percent) of all the units of rental housing, according to the 2018 Rental Housing Finance Survey, from the U.S. Census. The vast majority of these rental houses are owned by investors who own just one property.

Its these properties that have been more affected by the fact that millions of people have lost their jobs in recent months. The national unemployment rate, although improving, still stands north of 10.0 percent.

"We are seeing some softness in the form of delinquencies and pending move-outs," says Doug Brien, CEO and co-founder of Mynd Management, based in Oakland, Calif. His company brings property management technology to some of these smaller owners.

Rental delinquencies were at 9.3 percent as of July 31 among Mynd’s clients, compared to 4.8 percent the year before. Pending move-outs had also nearly doubled.

In fact, one-in-five renters (19.3 percent) who live at single-family rental houses failed to pay their rent last month, according to the Household Pulse Survey from the U.S. Census Bureau.

In addition, 14.22 percent have "no confidence" that they will pay their rent in August. That's in addition to the 1.1 percent who are sure that they will defer their August rent, according to the Census Bureau.

Nearly a third (31 percent) of the renters who live in rental houses work in industries at-risk of losing jobs because of the COVID-19 pandemic, such as services, retail, recreation, transportation and travel, and oil extraction, according to an analysis of data from the 2018 American Community Survey.

“Missed rent payments would be detrimental for the mom and pop landlords who typically own single-family and small multifamily rental properties and often have their own financial vulnerabilities,” according to the Harvard Joint Center for Housing Studies.

“If too many rent payments are missed, there will be ripple effects in the form of unpaid property taxes, deferred maintenance, and mortgage delinquencies,” according to the Harvard report. “Whether delivered through tenants or directly to landlords, rental assistance is key to protecting both renter households and small landlords from economic hardship.”

These problems are likely to get worse for the millions of renters who lost jobs in the crisis that have now stopped receiving the enhanced unemployment benefits that have allowed many to keep paying rent.

The Democratic-controlled House passed a bill extending the $600-per-week benefits back in May. But Republican senators did not begin working on a counterproposal until mid-July, just weeks before the initial extended benefits were set to expire. Negotiations in recent weeks between Congress and the White House have failed to produce a consensus bill.

Over the weekend, President Donald J. Trump issued an executive order to pay out $300 per week in federal benefits for roughly five weeks. But the order faces likely legal challenges and is contingent on financially-strapped states agreeing to pay $100 per week themselves. In the end, observers believe it remains up to Congress to enact anything more robust.