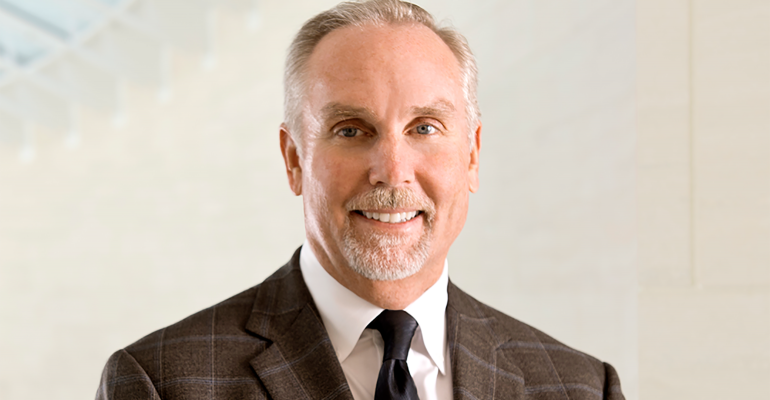 The transaction represents a broader industry trend of larger RIAs giving up ownership and control.

Wealthspire Advisors, the $14.8 billion registered investment advisory firm created via the merger of Sontag Advisory and Bronfman Rothschild in 2019, has announced plans to acquire Private Ocean, the $2.7 billion RIA led by longtime advisor Greg Friedman in San Rafael, Calif. Once the deal closes, which is expected by year’s end, Wealthspire will have $17 billion in total assets and 18 offices.

Friedman said the process started about two years ago, when he and Private Ocean’s 22 partners met to discuss the future of the firm. They came to the decision that they needed more size and scale to continue to improve on the client experience. A deal would also provide some much-needed capital to help the firm work through its succession economics and invest back in the business.

Private Ocean was formed in 2009 through the combination of Friedman’s Friedman & Associates and Salient Wealth Management, run by Richard Stone. Stone recently retired, so the RIA had to buy him out, limiting how much they could invest in the business. Besides that, there are a number of other people who will likely retire over the next five to eight years, including 60-year-old Friedman, although he says he has no intention of stepping aside in the near term.

“It solves the succession economics for the firm, long term,” said Friedman, who was the firm's largest shareholder with a 26% ownership stake. “We didn’t have a short-term problem, but we had a long-term problem with that, and we knew it.

“The decision was made that what we really needed to do to continue to execute on our vision, which has always been about how to ever increase client services and also have a great place to work, take care of employees, we really needed size and scale,” Friedman said. “We were past the mom and pop; we couldn’t go backward.

“When we look out at what the client experience is going to look like in five years, in 10 years, given what’s happening, we think the client experience is going to continue to improve in amazing ways,” he added. “And the firms that are going to be able to provide that are going to need resources to do that. I think it’s going to be more and more difficult to be a really small shop and provide a broad range of services to clients.”

Friedman and his team entertained a variety of offers, but ultimately settled on a sale to Wealthspire, which is owned by NFP, an insurance broker and consultant. Friedman said one thing that attracted him to Wealthspire was that they had a similar story.

The deal represents a broader industry trend where larger RIAs are having a greater propensity to sell than in years past. In fact, 43% of all transactions in 2021 have been for firms with $1 billion-plus in AUM, the highest ever, according to research by DeVoe & Company. DeVoe says 2021 will have almost the same number of transactions in the $1 billion to $5 billion AUM range as 2019 and 2020 combined. Year to date, there have been 23 transactions with firms between $2.5 billion and $5 billion in AUM, compared with 16 in 2020.

“I think it’s part of a broader trend within the industry, where a lot of firms of $1 billion or several billion are realizing that the power of scale can be even greater by joining a firm that’s $10 or $20 or $100 billion or more,” said David DeVoe, founder and CEO of DeVoe & Company. “It’s also related to a psychological shift that we’ve seen in the industry over the last several years, where founders are often open to giving up degrees of control to have the power of scale.”

“As a founder starts to go on that psychological journey, they start to also realize that joining a larger organization can really unlock more power and value to the organization in some cases,” DeVoe said.

DeVoe recently represented Ben Kille and his firm, Private Capital Group in West Hartford, Conn., which has $1 billion in assets, in its sale to Wealthspire.

Brian Lauzon, managing director at InCap Group, an investment bank serving wealth and asset managers, said he was surprised to hear that Private Ocean was selling.

“I always think of a $2–$3 billion firm—particularly one that’s been around for a while—as, historically anyway, more of a natural buyer than a natural seller. But as deals have grown over the last several years, that sentiment is starting to become outdated,” he said.

It also makes sense given the need for succession economics and the high valuations RIAs are commanding these days.

“I think everyone is open to an overture from a large, well-funded acquirer in this day and age, if they’re willing to pay a market price,” Lauzon said.

Wealthspire is well-funded, given it’s backed by NFP. Lauzon said NFP was more of a financial backer, which tends to allow its firms to operate fairly autonomously.

NFP is backed by Madison Dearborn, a Chicago-based private equity firm, which recently extended its ownership of the financial services firm. Lauzon said private equity firms tend to do this when they feel there is more room to grow their portfolio companies.

“They’re a classic long-term if not permanent investor in Wealthspire and ultimately in Private Ocean in the sense that they don’t have a need or probably even a desire to have to make another transaction to monetize the investment.”