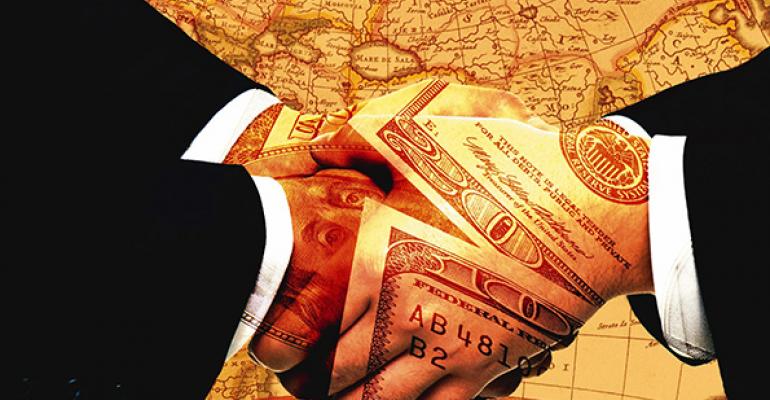 Wealth Management Deals of the Week

The mergers, acquisitions and advisor moves that occurred the week of March 15, 2021.

CI Financial, an RIA aggregator who has amassed $55 billion in U.S. assets since January 2020, kicks off this week’s wealth management deals, acquiring Atlanta-based Brightworth, which manages $4.7 billion in client assets, from Emigrant Partners, which invests in RIA firms. Emigrant Partners received no equity in CI Financial in the deal.

Also this week, San Luis Obispo, Calif.-based WealthSource acquired SurePath, an Austin-based RIA led by Patrick and Jeff Brewer, with $95 million in client assets. Details of the transaction were not disclosed.

While the firm is small, Patrick Brewer is also the founder of Model FA, a marketing and performance coaching program for financial advisors; WealthSource’s intention is to bring Brewer and his team in to amplify the RIA’s marketing and business consulting efforts for other advisors in its network, and build out consumer-focused marketing to help lure clients.

In other M&A news, Edelman Financial Engines sold a minority piece of the company to its former investor, Warburg Pincus.

Below are more mergers, acquisitions and advisor moves that occurred the week of March 15, 2021.

Independent broker/dealer Commonwealth Financial Network said it has added Integrated Wealth Advisors in Bellevue, Wash. IWA, a virtual family office that advises business owners of companies worth $3 million to $20 million, joins Commonwealth from Ameriprise Financial, where it managed $100 million in AUM. The firm is led by advisor Austin Collins.