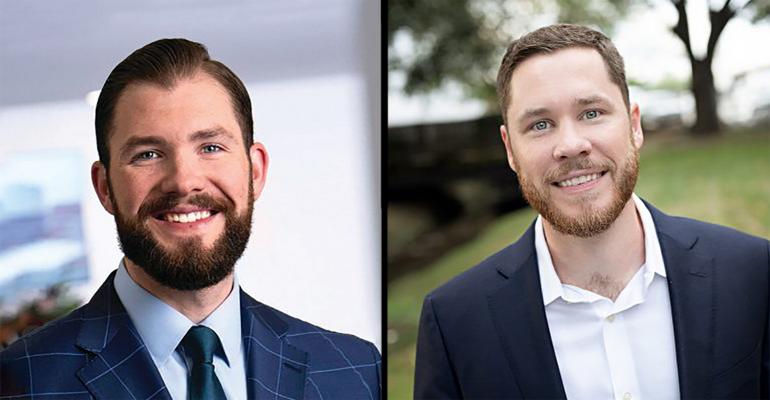 While SurePath's AUM is small, the firm, co-founded by brothers Patrick and Jeff Brewer, will create a marketing and practice management engine inside WealthSource with the intention of becoming the next United Capital.

WealthSource, a $1.5 billion AUM RIA in San Luis Obispo, Calif., said it will acquire SurePath, an Austin, Texas–based registered investment advisor co-founded by brothers Patrick and Jeff Brewer, according to a Wednesday announcement.

Financial details of the transaction were not disclosed. SurePath will be folded into WealthSource’s RIA known as WealthSource Partners. The acquisition will add $95 million in assets under management and nearly 400 clients to WealthSource.

While the firm is small, Patrick Brewer is also the founder of Model FA, a marketing and performance coaching program for financial advisors; WealthSource’s intention is to bring Brewer and his team in to amplify WealthSource’s marketing and business consulting efforts for other advisors in its network, and build out consumer-focused marketing to help lure clients.

“At the end of the day, big wealth management firms are marketing agencies. If you look at Edelman [and] Fisher Investments, [that’s] all it is. We built, kind of, the same infrastructure and our goal is to magnify the unique advantages and personalities of our advisors so they can build influence and ultimately attract clients to the firm,” Patrick Brewer said.

Patrick Brewer will take the role of president and chief marketing officer, creating an in-house marketing team. Jeff Brewer joins as director of advisor partnerships, and Jason Mirabella will assume the role of chief platform officer.

The team of execs will focus on helping advisors adopt the practice management methodology SurePath has developed, needing only the financial backing and human capital to scale it successfully, Patrick Brewer said.

WealthSource executives said the intention is to build a marketing platform that will allow advisors to prospect for more clients across the country.

“We’re seeking out mission-driven, growth-oriented and tech-savvy advisors who want a fresh start to expand their practice,” WealthSource CEO Bryan Sullivan said in a statement.

Brewer said WealthSource views itself in the same light as United Capital, an RIA aggregator that was acquired by Goldman Sachs in 2019. But the California RIA says it would fix areas where United Capital was less successful, like marketing to consumers and providing a uniform practice management methodology for advisors to follow.

“They never reinvested in the organic growth component, and their practice management was not a mandate: Every firm had their own processes and procedures and it never really created an efficiency in operations,” he said. “We’re close to what United Capital was doing, but we’re improving that model so that advisors actually get what they came for.”

Industry observers say more and more RIAs are understanding the need for dedicated marketing and practice management teams at the core of their business operations, and increasingly using platforms and third-party providers to get it, much the way aggregators in the past offered advisors back-office support around functions like office space, payroll and trading.

“Most advisors, in my experience, don’t want to spend their time figuring out what works as there is a lot of trial and error that occurs,” Siracuse said. “They would rather be focused on advising their clients. So, to take this critical growth element off their plate, and provide turnkey solutions for them, seems like a wonderful idea.”

Patrick Brewer, who founded SurePath in 2016, said he was not looking to sell the firm. He met WealthSource principals at an FA Model event, found they aligned on the vision and were in talks for a year before agreeing to an acquisition.

“I’m a big believer that over time people will see the benefit in teaming up instead of trying to build everything on their own,” Patrick Brewer said.

SurePath's AUM was updated from the $66 million reported on its ADV for March 2020 to $93 million.