/sites/all/themes/penton_subtheme_wealthmanagement/images/logos/footer.png
Recent
Recent
Eight Must Reads for the CRE Industry Today (May 19, 2022)
May 18, 2022
Russian Billions Hidden in US Spur Backlash to Financial Secrecy
May 18, 2022
Mariner Wealth Advisors Expands in Michigan with Emerson Wealth Acquisition
May 18, 2022
Macquarie Alum’s GreenPoint Eyes $1 Billion for Real Estate Bets
May 18, 2022
Featured
The 10 Best and 10 Worst States in Which to Retire in 2021
Jul 15, 2021
Poll: 15 Classic Books on Investing and the Markets
Apr 03, 2020
Fifteen Must-Listen Business Podcasts for Advisors
Aug 14, 2020
Celebrity Estates: Jay Leno and Planning for Classic Car Collections
Feb 22, 2022
Harassment and Financial Services
brought to you by 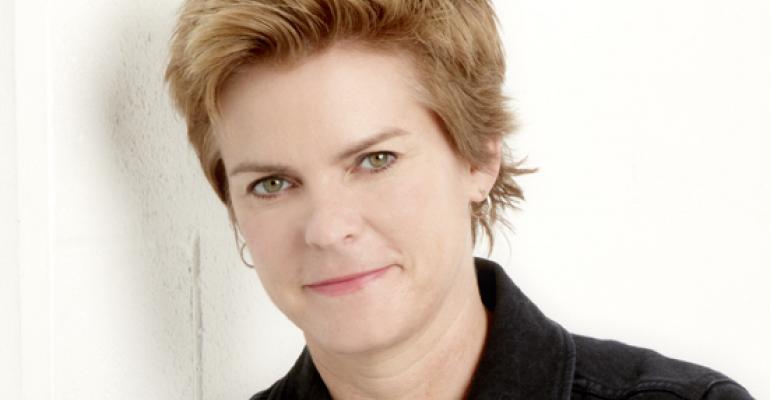 Stephanie Sammons: “Harold Ford Is the Tip of the Iceberg”

In the wake of Morgan Stanley’s firing of Harold Ford, one former wirehouse employee shares her experiences of inappropriate office behavior.

Before going independent and launching her own firm, Sammons Wealth, Stephanie Sammons spent 15 years in leadership positions at two large financial services firms. In that male-dominated environment, Sammons experienced inappropriate office behavior firsthand. So when the #MeToo movement was born recently, she could relate. Many women have now come forward to reveal the sexual misconduct of prominent men in politics, media and entertainment.

But the financial advisory space is not immune to it. Morgan Stanley recently fired former Congressman Harold Ford Jr. after an investigation into sexual harassment. He denies it. Sallie Krawcheck, CEO and co-founder of Ellevest, wrote about her #metoo experience on Wall Street in a recent blog post. Sammons argues this is just the tip of the iceberg and that more women in financial services need to come forward and share their experiences.

Sammons has been active on social media, using the hashtag #metoowallstreet to raise awareness about the issue. WealthManagement.com recently chatted with her about her experiences.

WealthManagement.com: What has been your experience being a woman in the corporate financial services environment?

Stephanie Sammons: I spent 15 years with two of the largest financial services firms. During that time in my career, I was in multiple offices and multiple states. So because I was in leadership, they moved me around some.

There’s a predator in every office, typically. It’s still very much a male-dominated culture that is protected like a country club. It’s a culture, and it’s protected and fostered at the top, I feel. Some of it is outright sexual harassment, some of it is lewd gestures, comments, inappropriate what you would call “locker room talk” about sexual topics or accomplishments the night before.

WM: What kind of inappropriate behavior did you experience?

SS: I’m walking into an advisor’s office to deliver some golf balls, and he says, ‘Oh, you’re playing with my balls.’ He referenced his genitals. It’s the most uncomfortable thing in the world. It’s jaw-dropping. You don’t know what to say.

WM: How did you react in that moment?

SS: I just ignored it. I kind of played it off.

WM: Any other examples?

SS: One manager said he recruited me from the competition and called me a double-word score in Scrabble, because I was both a woman and gay. A big score for his diversity hiring target.

Another one was an advisor asking me explicit questions about sexual acts to perform on women. ‘Would you like this? Would you like that? Should I do this?’ And I’m like, ‘OK, you got to go.’ I’m pushing him out of my office. It was a young guy, and we were really good friends in the office. But that’s crossing a line.

SS: It’s too scary for women, in my opinion, to come forward because their careers are literally at stake, especially if there’s something to gain, if you’re climbing the ladder. With less than 20 percent women, it’s so much easier for them to manage out the women who don’t get on board, who don’t accept or buy into the culture. And then the other problem is, many of the women who are at the top—in the higher ranks—they don’t want their career paths to be littered with this kind of thing.

For example, I complained to senior management about my manager one year at one of these firms. I said, ‘This guy is a walking HR nightmare. Some of the things that come out of his mouth are just terrible.’ And her response was, ‘Yes, sometimes he behaves badly.’

There have been many settlements paid out over the years by these firms, and I think the reason that it doesn’t stop the problem is because they don’t address an individual who is behaving badly. The individuals weren’t held accountable.

If you’re in an office with 85 percent male financial advisors, 15 percent female, and there’s a guy in there who’s just totally inappropriate all the time, and this is another example of an office I was in. He was never individually held accountable. No one reported him, including myself. My career would have been at stake.

I think this is the tip of the iceberg with Harold Ford. It’s interesting that Morgan Stanley’s being proactive about that, and it’ll be interesting to see if other dominoes fall.

Can you imagine if you’re one of those guys and you’re sitting up in your office and you know that you’re a violator? And that if all this comes out about you, you’re done. I just can imagine how much fear those guys would have, but they don’t worry about that. Maybe now they are worrying about it. Maybe just because of what’s happening in these other industries, some are taking notice and curbing their behavior out of fear of becoming an example.

WM: Do you think the financial advisory space is more prone to sexual harassment or misconduct than other industries?

SS: Because it’s so male-dominated—85 percent men—by default, yes. You’re going to have some bad apples in there. Especially with the big firms, it is that old boys’ club, country club-type of mentality.

WM: Are you still seeing it on the independent side?

SS: I have not seen it nor experienced it as an independent. In fact, whenever I share something about it on Twitter, for example, those are the guys who are most supportive. They’re re-tweeting; they’re commenting. But I’m sure there are a few out there.

WM: How do you think the advisor industry should confront this issue?

SS: I really feel like women have to come forward. If it were me and I was in one of these offices, I would get all the women together for a luncheon or a meeting and have an open discussion about it: ‘Hey, I’ve had a run-in with this fellow. Has anyone else?’ And just kind of take inventory and listen to everybody’s stories and see what’s there, if anything.

There’s a lot of talk about hiring more women advisors, so that would be great, to increase the numbers. But it’s hard to do. Part of that is the way that the training programs have been structured. They’re just so brutal in terms of hitting numbers and hurdles, and women just don’t operate like that. They take a longer time to cultivate relationships.

WM: Do you have any advice for women or men in that situation who don’t want to come forward?

SS: If you can be a leader or the catalyst in your place of work to bring people together who may be experiencing harassment or just the lewd gestures or comments, that’s what I would recommend. Find others like you, and then figure out your plan of action from there.