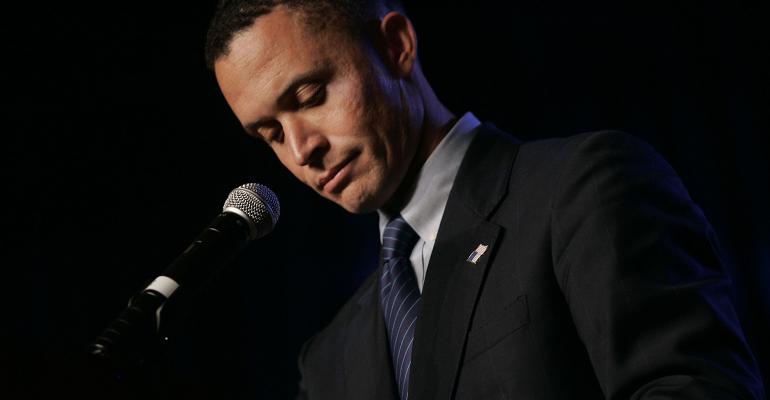 Ford, who served in the House of Representatives from 1997 to 2007, was hired by Morgan Stanley as a senior client relationship manager in 2011.

(Bloomberg) --Morgan Stanley fired former Congressman Harold Ford Jr. after conducting an investigation into harassment, making him the most prominent Wall Street figure to lose his job after an accusation of misconduct. He denies the claims.

“He has been terminated for conduct inconsistent with our values and in violation of our policies,” Michele Davis, a spokeswoman for New York-based Morgan Stanley, said Thursday in a statement. She declined to comment further on the move, first reported by the Huffington Post.

A woman who dealt with Ford in a professional capacity, but who isn’t an employee of the bank, was interviewed by Morgan Stanley’s human resources department in the probe, according to the Huffington Post. The woman alleged that Ford harassed, intimidated and grabbed her in an incident several years ago, according to the news outlet, which didn’t identify her.

“This simply did not happen,” Ford said in an emailed statement in which he said his accuser is a journalist. “I have never forcibly grabbed any woman or man in my life. Having drinks and dinner for work is part of my job, and all of my outreach to the news reporter making these false allegations was professional and at the direction of my firm for business purposes. I support and have tremendous respect for the brave women now speaking out in this important national dialogue. False claims like this undermine the real silence breakers. I will now be bringing legal action against the reporter who has made these false claims about me as well as Morgan Stanley for improper termination."

High-profile men across politics, media, entertainment and the technology industry have been fired over allegations of sexual harassment.

Ford was hired by Morgan Stanley in 2011 as a senior client relationship manager. He had served in the House of Representatives from 1997 to 2007 as a Democrat representing Tennessee. He sat on the Budget and Financial Services committees before leaving politics and joining Merrill Lynch & Co., which was later acquired by Bank of America Corp.