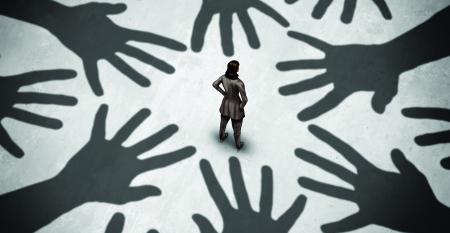 The Nature of the Beast
Apr 09, 2018
Despite the wider #MeToo movement, many women in the financial advisory industry who have been sexually harassed are still reluctant to...

Are Advisory Firms Doing Enough to Combat Workplace Harassment?
Apr 09, 2018
Many employers may not be doing enough to help victims address the problem of workplace harassment, according to...

Iconiq Said to Fire Manager Over Old Sex Charge Amid #MeToo
May 21, 2018
John Sauter was said to be fired in February over decades-old case.

#MeToo Risks Among Fund Managers Are Being Ignored by Investors
May 09, 2018
The Investment Management Due Diligence Association found that almost 90 percent of respondents to a recent survey do not specifically inquire about sexual harassment when interviewing prospective managers to oversee assets.

Warren Gets Scant Help From Wall Street Watchdogs on #MeToo Push
Apr 18, 2018
Finra records show that since 2010, just four brokerage terminations “appear” to reference sexual harassment or may have been tied to it.

It’s Time for Women to Get Hands-On About Their Financial Future
Mar 02, 2018
#MeToo must also advocate for financial independence.

Stephanie Sammons: “Harold Ford Is the Tip of the Iceberg”
Dec 21, 2017
In the wake of Morgan Stanley’s firing of Harold Ford, one former wirehouse employee shares her experiences of inappropriate office behavior.

Dark Side at Fidelity: Women Describe Culture of Bias, Revenge
Nov 03, 2017
There have been at least six cases alleging discrimination against women at Fidelity in the last decade.

He Harassed. Later, I Responded.
Oct 25, 2017
Sexual harassment is not just confined to the entertainment industry. Here’s what happened to Sallie Krawcheck.

Fidelity's Johnson Says Firm Has `No Tolerance For Harassment'
Oct 23, 2017
“We simply will not, and do not tolerate this type of behavior, from anyone,” Fidelity CEO Abby Johnson said in a video sent to...