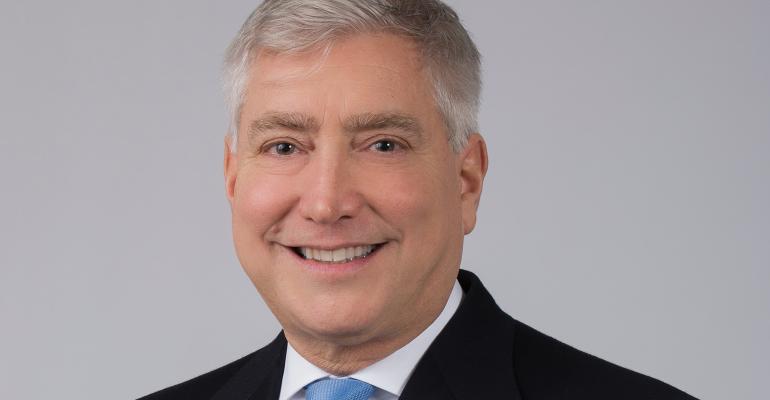 Anthony DeChellis joined Boston Private to jump start its floundering wealth business. But he and the board are "grossly" undervaluing the bank in agreeing to a $900 million sale, a major shareholder says, arguing the firm should curtail its "pie-in-the-sky" and costly wealth management ambitions.

A major shareholder of Boston Private Financial Holdings is crying foul after executives agreed to sell the bank and trust company, with just over $16 billion in assets under management in its wealth management unit, to Silicon Valley Bank for $900 million in cash and stock.

On Tuesday, HoldCo Asset Management, a New York-based investment fund which owns 4.9% of Boston Private’s stock, sent a scathing letter to Boston Private Bank & Trust CEO Anthony DeChellis and Chairman Steve Waters saying the executives would short-change shareholders, and possibly enrich themselves, by selling the firm for what they say is a “grossly too low” valuation.

HoldCo said it suspects the sale took place without a competitive bidding process, and accused executives of failing a fiduciary duty to adequately explore other ways to unlock greater shareholder value.

After the surprise acquisition was announced, Silicon Valley Bank executives on a call with analysts Monday said they were attracted to Boston Private's aggressive focus on wealth management, which fit well with their bank's commercial ties to technology entrepreneurs and high-net worth executives in “innovation hubs” around the country.

For DeChellis, the sale is a way to make good on his promise to jump start the bank's wealth management business, which, prior to DeChellis, suffered advisor departures and outflows in the wake of some high-profile acquisitions of outside registered investment advisors, including the 2014 acquisition of Banyan Capital Partners.

In a 63-slide presentation prepared in the days before the sale was announced, HoldCo blamed Boston Private executives for mismanaging the company by pursuing an “ambitious turnaround” in its “floundering” wealth management business, instead of buying back stock, cutting costs and selling the firm to a higher bidder on the merits of its core private banking business.

Before the announcement of the sale, HoldCo managers say in the letter, Boston Private was trading at some 88% of tangible book value, or less than the total assets of the bank, among the lowest of all publicly traded banks. And while the value of Boston Private shares increased 36% to $11.50 the day after the announced sale, HoldCo managers still maintain shares should be valued at anywhere from $13.50 to $17.

“We believe senior leadership’s priorities are out of whack,” said HoldCo Asset Management cofounders Vik Ghei and Michael Zaitzeff in the public letter.

“We have had serious concerns for some time about the Board’s misalignment with shareholders,” the managers said, noting that DeChellis and the other members of the executive board collectively own less than 1% of the bank’s shares, but do reap cash bonuses and short-term performance incentives. The HoldCo managers are asking for more clarity on how the proposed deal will financially benefit executives and board members.

“The decision to partner with SVB at one of the lowest valuations we have seen all year in a management-friendly transaction instead of running a comprehensive, competitive sale process designed to maximize shareholder value would add even more fuel to these concerns,” the letter continued.

Adding to the accusations that Boston Private did not entertain competitive bids from other banks that may have paid more for the firm, on Tuesday afternoon HoldCo managers released a letter they received from Scott Kavanaugh, chief executive of First Foundation, a California-based bank that the hedge fund managers had identified in their presentation to Boston Private as a logical merger partner.

“I had been persistently calling Mr. DeChellis to pursue a dialogue about a merger. His last conversation with me towards the end of November was that the board had instructed him to focus on getting the stock price higher and that they were not interested in pursuing a sale. We were never contacted from the company or its investment bankers at any time,” Kavanaugh wrote in the letter to HoldCo.

It’s clear Ghei and Zaitzeff value Boston Private as a bank, while DeChellis and executives at Silicon Valley Bank value it as a wealth management firm which will need investment to grow. But Boston Private’s history in wealth management has not been a smooth one. Since the Great Recession, the bank has bought, and then sold, a handful of firms. Like many banks in the past decade that have tried to buy their way into the wealth management space, advisors often chafe under the bank’s emphasis on selling proprietary products, and the clashing cultures would drive these advisors away.

Boston Private acquired $4.3 billion AUM wealth management firm Banyan Capital Partners in 2014 for $60 million in a cash and stock deal, only to lose many of those advisors after a year, including Banyan founder and then Boston Private president Peter Raimondi.

In 2018, Boston Private sold back another two of its wealth management firms, Anchor Capital Partners and Bingham, Osborn & Scarborough, which, the HoldCo letter points out, nearly halved Boston Private’s AUM and fee income from $30.5 billion in 2017 to $16.3 billion at the end of the third quarter of 2020.

DeChellis joined Boston Private in Nov. 2018 specifically to turnaround the private bank’s wealth management business. He’s apparently eschewed buying RIAs for growth because of high valuations, in favor of recruiting advisors, with a goal toward hitting $50 billion in AUM by 2022, a strategy the HoldCo managers claim is an expensive bid for growth when the bank should be shoring up expenses and buying back shares.

“The last thing we thought the Company should be doing was spending more money pursuing a pie-in-the-sky growth strategy in this highly challenging operating environment,” the HoldCo managers wrote.

It remains to be seen if DeChellis’ strategy will continue at Silicon Valley Bank. On the call with analysts, Silicon Valley Bank President and CEO Greg Becker said he expects private bank lending will provide immediate revenue, but revenue from the integration of both wealth management units would emerge over time.

Becker predicted the wealth management unit would grow as advisors join the firm, attracted to access to clients brought in on the commercial banking side.

To do that, the banks would simultaneously work to merge their tech and wealth management platforms, spending nearly $200 million to “reconstruct” it into an appealing workspace that anchors existing advisors and would attract new ones.

“We believe SVB and Boston Private shareholders are getting a financially attractive deal,” said Beck.