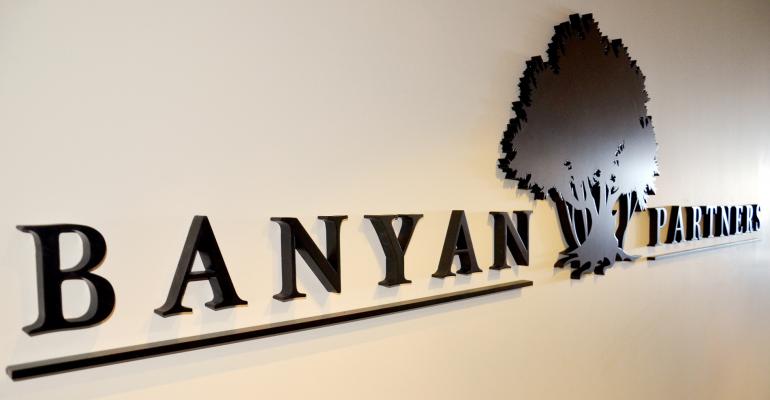 Wednesday’s deal adds more than $25 million of annual fee-based revenue and the combined operation will have approximately $9 billion in client assets under management and advisement, making it one of the largest wealth management companies in the U.S., according to Clayton G. Deutsch, CEO and President of BPFH.

The deal, which is made up of 65 percent cash and 35 percent Boston Private Financial Holdings common stock, is based on a valuation of nine times Banyan’s earnings before interest, taxes, depreciation, and amortization, according to an investor call Wednesday. In addition to the initial cash and stock deal, there’s a performance-based earn out of $15-$20 million more if the firm meets certain requirements.

“Banyan adds tremendous technical depth to our existing team of professionals,” Deutsch says. “This transaction is a natural extension of our wealth management strategy and our intention to combine distinctive wealth management skills with outstanding private banking services, all for the benefit of our clients.”

Banyan grew its business rapidly since its launch, in part, from several key acquisitions. Last year, Banyan picked up Dallas-based Rushmore Investment Advisors and Madison, Wis.-based Holt-Smith Advisors in deals that added about $1 billion in client assets to the firm. Raimondi said Boston Private Bank’s wealth management group offered a very attractive opportunity to incorporate a private banking business and trust services “It was a logical extension for us for our high-net-worth clients.”

Raimondi says the idea to merge came about causally, after a lunch meeting with Deutsch and other senior member of the Boston Private team where all three caught up on the state of the wealth management space. “We were on the same page—Clay [Deutsch] and I shared the same vision,” he says. “Both teams share a mutual passion for client service and innovative portfolio management, providing a solid foundation for expansion.”

Being familiar with the buyer’s side of the table also helped, Raimondi says. “We’re a very skilled buyer—it gave us a keen insight into what was important to them.” And because Raimondi wasn’t shopping the firm around, he says the deal was never about the money, it was about future opportunities.

Boston Private expects its acquisition of Banyan to increase the consolidated, non-spread based revenue to approximately 45 percent of total revenue, Deutsch says, adding that the deal also significantly advances the back’s strategic vision of creating a more fee-weighted revenue stream.

With Wednesday’s acquisition, Boston Private Bank aims to establish a new, wholly owned subsidiary that will combine its existing wealth management business and that of Banyan Partners. In the investors call, Boston Private noted that all of Banyan’s key executives would be joining the bank. Raimondi—who previously founded and served as CEO of the Boston-based Colony Group—will become CEO of the new wealth management company.

David DeVoe, founder of the financial services consulting firm DeVoe & Co., called Wednesday’s acquisition a “big deal for the industry,” noting it signaled Boston Private Financial’s return to the space. “Boston Private has been on the sidelines for a few years and it’s now engaging in a big way.”

Boston Private purchased several wealth and investment management firms during the 2000’s, but eventually sold off the majority. The bank's last sale of Davidson Trust Co. to Bryn Mawr Trust Co. occurred in 2012 for $10.5 million. In addition to is Banyan purchase, Boston Private still owns two other wealth management firms Bingham, Osborn & Scarborough and KLS Professional Advisors Group—neither of which are expected to be incorporated into the new unit. Details—including a name for the new, combined team—are still being worked out.

"After October, we're not sure what the name will be. But with this deal, I'm making a statement, and that statement goes as far as me putting on the uniform," Raimondi says, adding that while the Banyan name is significant, creating a new, cohesive culture is important as well.

Boston Private Bank expects to close the deal with Banyan by the fourth quarter, subject to regulatory approval and customary closing conditions.

Updated at 6:35 p.m. on July 16 to include additional comments from Banyan's CEO Peter Raimondi.