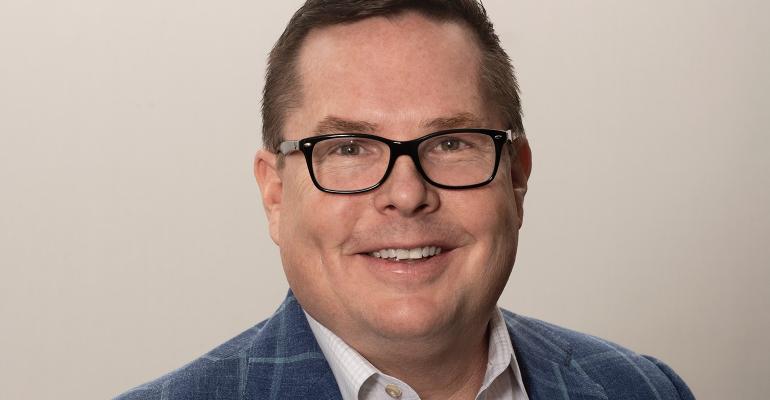 Q&A: Hightower's Bob Oros on Surpassing $100B in AUM

When Bob Oros joined Hightower as its chief executive in 2019, the firm’s assets under management sat at $54 billion and the firm advised on another $22 billion. Today Hightower has $101 billion in AUM and more than $125 billion in AUA. The assets have doubled since Oros took the reins, demonstrating the rapid acceleration of the registered investment advisory business model overall.

Oros, who has been in the wealth management space for nearly 20 years and was formerly the CEO of HD Vest said, “I don't think any of us ever conceptualized RIAs getting to this size where we are truly a scale player. We truly have a national brand, and so I think it's a great validation of the industry itself.”

During Oros' time, Hightower made 17 acquisitions, 11 consisting of $1 billion or more of client assets. The Chicago-based aggregator has flourished to 115 firms located throughout 34 states and has doubled its staff from 530 to more than 1,000.

Hightower’s 9% annualized growth rate since the start of 2020 is double the average of the industry. In a 2021 benchmark study, Schwab reported median RIA firms' net organic growth rate was 4.7% in 2020 while top-performing firms had 11.4%.

Part of the favorable outcome is attributed to Thomas H. Lee Partners’ investment in Hightower in 2017 and then a second investment last December. The initial investment shifted Hightower from the partnership model created by Hightower's founder Elliot Weissbluth to one focused on ownership and equity deals with advisors, and the second capitalization toward enhancing client services across the firms and acquiring more RIAs.

Oros spoke with WealthManagement.com about what it means to reach the milestone and the initiatives Hightower is taking for its next watershed event.

WealthManagement.com: What does surpassing $100 billion signify to Hightower?

Bob Oros: For Hightower, it's just another mark on the journey. It's a big one because you know a hundred billion is just a nice milestone number to achieve. But it's really more reflective of the quality of our advisors because how we get there is really the work they do with their clients, the organic growth they drive consistently year in and year out. We're very proud to take this moment and recognize them. We’ll quickly look to continue pushing forward with our strategy.

WM: What type of investments in the business made this possible?

BO: For me joining the firm on the first day of 2019, I immediately went to the leadership team I had to make sure I assembled the right group of people who knew what big looked like; who knew how to scale organizations. And so, I've tried to bring people in who have seen firms that are much bigger than Hightower so they can help us more effectively manage the journey. But it also requires significant investment in areas that we don't always talk a lot about publicly. I think back to an investment we made a year and half ago in an industrial Enterprise Resource Planning system from Oracle, an institutional back-office accounting and finance platform.

It’s the type of capability you must have for the scale of business like ours and be able to produce 115 monthly profit and loss statements for each of our businesses. And to not have that be a limiting factor when it becomes 200 P&Ls. We consistently challenge ourselves to make sure we're thinking big enough as we may make investments into the firm.

WM: Do you have any new developments coming in the pipeline?

BO: You will see a lot of announcements from us over the coming weeks and months as we have a number of deals—signed letter of intents that will move to definitive docs and closing. We believe that trend will continue. We’re just scratching the surface.

WM: What is the update on the in-house trust company you’re starting?

BO: We are launching a trust company to support the advisors we have at Hightower. We're not looking to go direct. The trust company will be a resource for our advisors to use or not use. One of the things that's so important, culturally, to the firm is that we don't mandate how [advisors] support clients.

We feel like, if we provide great service, great integration with great quality control and really competitive pricing, then it will be pretty compelling to use the Hightower national trust company. If we don't do those things, then they certainly can use a trust company down the street.

Back in June, we received our conditional approval from the OCC (Office of the Comptroller of the Currency), which means they’ve approved us to open the doors on the national trust company subject to doing these lists of things, of which we're very busy doing. Right now, one of those was hiring a president for the trust company who is going to be a full-time, 100%, dedicated leader. We hired Tanya Simpson. She's got significant trust and estate experience, a significant trust company experience as she joined us from Charles Schwab where she was a leader.

We've hired a number of other senior people like a chief compliance officer from the acquired trust company. His name is Roy Kim, joined us from ACA Group, but previously worked for the OCC. We look forward to opening our doors officially in Q4.

WM: Hightower used to recruit top wirehouse teams and has since pivoted to RIA acquisitions. There’s a group of large firms that seem to be mimicking the wirehouse strategy. What do you think of those firms?

BO: I don't have an informed opinion on what others are trying to do there because it's just not an area of focus. But I think at the end of the day trying to be good at too many things is a tough challenge for a business and can be confusing to the marketplace.

We've chosen we want to be really good at this one thing and you have to choose not to do other things. We think this is best served for our model. We can look in an RIA and we can already assess what kind of business leaders they are because they've been running their own business. In our model we, we still want operators. We're not looking to acquire and then operate them; we're looking to invest and fuel the leadership team that's there.