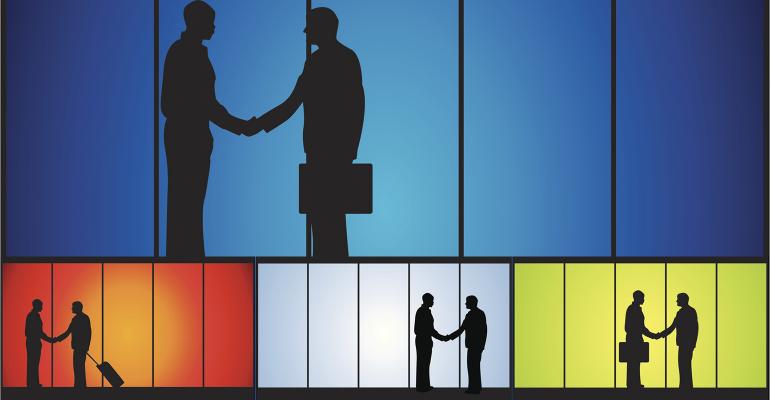 Here are the breakaways, mergers and acquisitions announced the week of January 4, 2021.

The industry isn’t easing into 2021. After a record year of mergers and acquisitions—an estimated 181 in 2020, according to Echelon Partners—along with continuing trends of breakaways to the independent space, it seems 2021 is simply picking up where last year left off.

SVB Financial Group revealed the same day that it planned to absorb Boston Private and it’s $16.3 billion in assets under management into its private banking and wealth management businesses. Despite receiving praises from many in the industry, it faces scrutiny from some of its shareholders.

As the week progressed, Mercer finalized two transactions in Georgia, one of which was Scott Kays' Kays Financial in Atlanta. Connectus found a partner firm in the U.K. Then Captrust, an RIA mainly serving institutions and private investors expanded its wealth management business with the addition of MRA Associates and its income and estate tax compliance and consulting services.

Firms weren’t the only ones making moves. Betterment’s COO left behind Jon Stein’s decision to step down as CEO.

Below are more highlights from this week’s round of breakaways, firm launches, mergers and acquisitions.

Based in South Florida, FDR Financial serves local physicians and business owners. It has an office in Boca Raton and another in Hollywood, Fla. Prior to joining LPL, the 37-year-old firm led by advisors Jeffrey Solodkin, Eric Mathes, Jeffrey Blaze, Leslie Zuckerman and chief financial strategist Jeremy Schinder managed $400 million at Kestra.

Timothy O’Hara, president of the family office of Rockefeller Capital Management said in a statement that the acquisition expands its footprint in the Midwest.

After picking up Kays Financial in Atlanta, Mercer acquired another RIA in the city. Atlanta Financial Associates, a woman-led and founded firm, joins the aggregator with approximately $815 million in AUM and multifamily services. AFA is home to a staff of 19, including founders Julianne Andrews and Cathy Miller and advisors and shareholders Rick Henderson and Chris Blackmon.