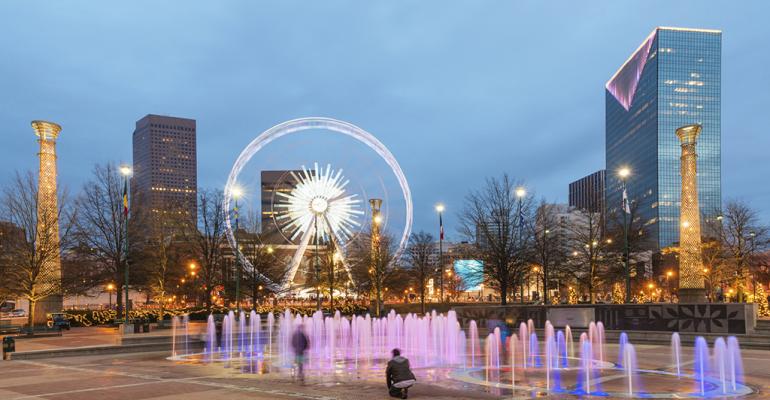 The New York-based wealth manager born out of the family office Rockefeller & Co. said Tuesday that the Higgins Hall Group and the Embleton Curtis Quackenbush Group both joined the firm. The two teams were previously part of Bank of America's Merrill Lynch.

Rockefeller Capital Management declined to share how much money each group previously managed before joining it. Advisor David Higgins, who leads The Higgins Hall Group with Michael Hall, was ranked one of the top advisors in the county by Barron's in 2018, with a team managing $1.76 billion.

It is not clear how much money the Embleton Curtis Quackenbush Group, a team of eight advisors headed by John Embleton, William Curtis, P. Schuyler Quackenbush Jr. and Evan Georgiou, was managing before they left Merrill Lynch.

In a note about incoming advisors, Rockefeller President and CEO Greg Fleming said Atlanta is an important market to the firm and that the teams have valuable experience and relationships with "prominent individuals, entrepreneurs, private business owners and leaders of Fortune 500 Companies for decades."

Last month, a pair of brokers managing $2.2 billion left UBS Private Wealth Management to be the first advisors to work for Rockefeller in Atlanta.

Georgia's capital and largest city has long been a major business center and home to a number of Fortune 500 companies including Coca-Cola, UPS, The Home Depot and Delta Airlines. But in recent years, ancillary companies and a thriving technology sector in Midtown Atlanta has generated more wealth in the area and money managers have taken notice. Abbot Downing, a Wells Fargo wealth management business that caters to ultra-high-net-worth clientele, opened there in 2017. At the time, David Edmiston, the office's managing director, said it was "the perfect time to plant a flag in Atlanta.”

Rockefeller had $18.5 billion in assets under advisement through its existing asset management and wealth management businesses when it launched, but that number has almost certainly risen as it has recruited advisors, who typically bring the majority of the clients with them (along with their money). When he helped launch the advisory firm in 2018, Fleming told WealthManagement.com that he wants to grow the business to $100 billion in assets in the next five years, and he believes the Rockefeller name can help get him there, particularly in generating new business outside the U.S.