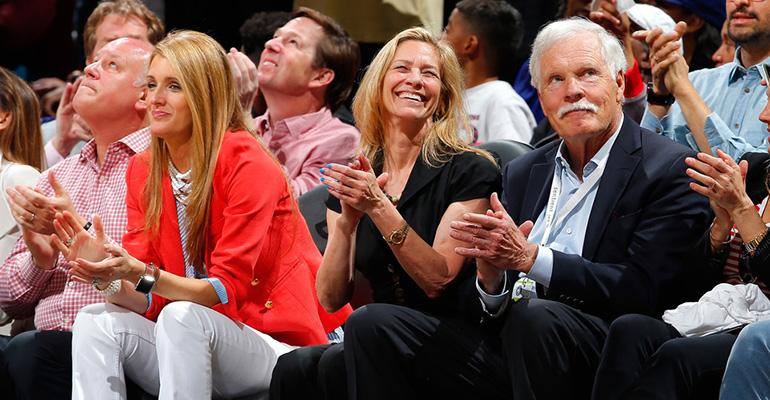 Abbot Downing To Open Office In Atlanta, Where Tech Sector Is Adding High-Earners

The group sees opportunities with those already doing business with Wells Fargo.

David Edmiston, an employee of Wells Fargo for 28 years, will be the managing director of the new Abbot Downing office; building a team to service individuals and families in the greater Atlanta area with at least $50 million in assets.

“The primary reason [for the new office] is just the creation of wealth that is happening in Atlanta,” Edmiston said. “Now is the perfect time to plant a flag in Atlanta.”

Georgia’s largest city, and one of the largest in the South, has long been a major business center and home to a number of Fortune 500 companies including Coca-Cola, UPS, The Home Depot and Delta Airlines. Yet, ancillary companies and a thriving technology sector in Midtown Atlanta are generating more wealth in the area. The Advanced Technology Development Center (ATDC) at Georgia Tech, an incubator founded in 1980, is among the many difference-makers in for the sector in Atlanta. The ATCA alone has graduated more than 170 companies that have generated more than a combined $12 billion in revenue in the state of Georgia.

In 2016, the city’s economic development programs led to more than 7,700 new jobs, largely due to tech companies in Midtown, according to Invest Atlanta, a city development authority. Information security, financial technology and healthcare technology are areas where Atlanta is especially booming, said Langley Respess, a senior vice president at UBS Wealth Management. He moved to Atlanta in 1991, started a book of business as a wealth manager from scratch, and said the technology sector has driven his own success.

“It’s really been the most important drive of my practice for 20 years, easily,” Langley said.

Along with Abbot Downing, Langley and other wealth managers expect the number of wealthy individuals and their assets to continue to grow. Merrill Lynch announced in November that the broker/dealer was leasing 140,000 additional square feet of space in the Pinnacle Building—located in Atlanta's affluent Buckhead neighborhood—and plans to hire 45 new financial advisors in 2017, according to a Merrill Lynch spokesperson.

Mike Marino, the Atlanta market manager for J.P. Morgan Private Bank also said more wealthy individuals from the technology sector were driving growth within wealth management. Including some working in Atlanta's local technology sector, Edmiston said many wealthy individuals in Atlanta are business owners. They need and use services that high-net-worth clients in other wealthy enclaves, like Palm Beach, don’t require as often.

“It’s a great hub for our foundational business that is a feeder in to the Abbot Downing group,” he said.

Atlanta business owners using other Wells Fargo services—such as commercial, private and investment banking, or special legal services—will be an important part of growing the new Abbot Downing office. Gaining access to ultra-high-net-worth clients can be challenging and referrals are a crucial part of growing the business in Atlanta. Edmiston also described residents of Atlanta as especially caring about their community and ones that want to do business face-to-face.