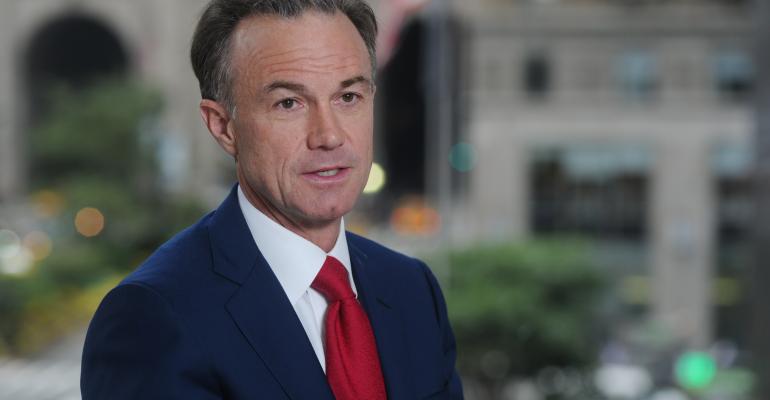 The former head of wealth management at Morgan Stanley has got experience, talent and ambition. And now he has the Rockefeller Family as backers. What is his plan?

When Greg Fleming, former head of Morgan Stanley’s wealth management business, left the firm in 2016 “to pursue other opportunities,” his next move was hard to predict. Having led large firms for much of his career, there weren’t too many open spaces further up the chain in a traditional firm.

So when an opportunity came up to build a firm using the Rockefeller name, Fleming jumped on it. New York-based Rockefeller Capital Management, formed through the acquisition of family office Rockefeller & Co. by its management team as well as an investment fund from Viking Global Investors and a Rockefeller family trust, officially launched last week, with $18.5 billion in assets under advisement in its existing asset management and wealth management businesses. Fleming, president and CEO, says the next step is to add strategic advisory services for high-end clients, business owners and entrepreneurs, and has brought on board a handful of former Morgan Stanley colleagues to fill out the executive team.

Currently, they’re hanging their brokerage licenses at Axiom Capital Management, but Fleming says they will build out a full-service broker/dealer in-house for any advisors coming on board who do brokerage business.

Viking owns a majority stake in the firm, while the trust representing the family owns about 10 percent. The firm’s board also includes Rockefeller family members David Rockefeller Jr., son of the family patriarch who died in 2017, and Peter M. O’Neill, a Rockefeller heir who has long overseen the family’s investments.

Fleming says he wants to grow the firm to $100 billion in assets in the next five years, and he believes the Rockefeller name can help get him there, particularly in generating new business outside the U.S.

“The perception is that we’re much bigger today than we actually are because the name is so well-known,” Fleming said. “So, ultimately, we think we can generate new clients in Europe and Asia because Rockefeller is a very well-recognized and respected name in those places.”

The name is also synonymous with philanthropy and sustainability, and Fleming considers sustainable investing a major growth area for the firm. “The family office pursued a solution-oriented program for the Rockefeller family, which has evolved into what we now call ‘Sustainability and Impact’ or ‘S&I’ investing,” the firm’s website says.

“We want to take everything we’ve done in building the ESG platform so far, grow it, tailor it, broaden it, have more sub-categories of products that are responsive to the demand we see with institutional clients and with wealth management clients,” Fleming said.

“We think that the focus on investing in ways that are sensitive to the environments that we are all living in, whatever the topics are, is something that’s going to grow systematically going forward.”

Within the wealth management business, Fleming says the firm will have two service delivery models: the existing family office model and a financial advisor model. The firm is currently building an operating and technology platform to attract advisors from major firms.

Fleming wants to make sure the platform is as good as advisors can get at any major firm, yet in an operating environment that’s more nimble.

“We think that for many financial advisors, they would link operating in a place like Rockefeller Capital Management with speed of decision-making and the ability to tailor this service they provide their clients in whatever fashion works for the client and the advisor,” he said.

He may also grow by acquiring small independent advisors that play in the high-net-worth and ultra-high-net-worth spaces and are primarily fee-based. In particular, this may involve expanding geographically—into the newer pockets of wealth, such as in Silicon Valley. “We should be working with some of the younger entrepreneurs there that are making money in technology.”

Fleming also believes the new strategic advisory business will generate leads for the wealth management side. He recently represented Derek Jeter and a group of investors in their bid to buy the Miami Marlins.

“The people who are the main investors in the Marlins alongside Derek could be clients on the wealth management side of our business, so there’s real connectivity there,” Fleming said. “A lot of the people who invest in sports teams are ultra-high-net-worth or high-net-worth individuals. So, we think there’s a natural fit between strategic advisory and wealth management, and within a company like Rockefeller Capital Management, we can provide great connectivity for clients across these set of capabilities.”

In addition to Randazzo, Fleming has attracted other talents to the firm. John J. “Jack” Brennan, former chairman and CEO of Vanguard Group, recently joined the board as the first independent director since the launch.

“That’s what I’ve been very focused on doing, putting in place an experienced, talented team that can help us realize the growth potential that is embedded in the Rockefeller name,” he said.