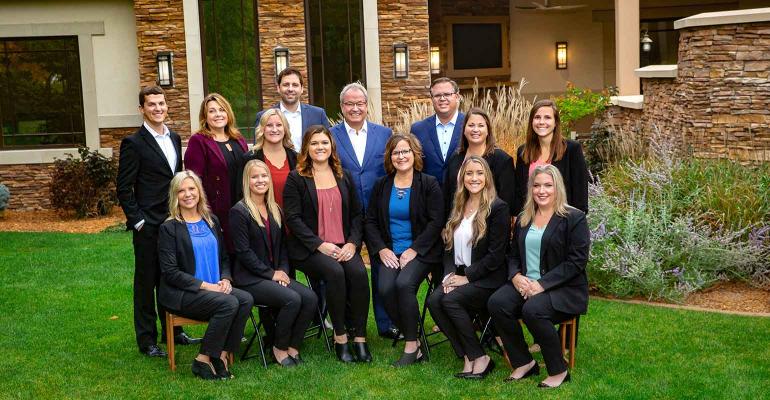 Sweet Financial Partners, with offices in Fairmont and Jackson, Minn., is joining from Raymond James.

A Minnesota-based team with $875 million in assets under management will be joining Dynasty Financial Partners’ independent network. Bryan Sweet, Ty Totzke, Oliver Kollofski and Brittany Anderson of Sweet Financial Partners made the move to Dynasty from Raymond James.

The firm began as a one-man operation in 1979, and now has six advisors and 15 staff in total, with offices in Fairmont and Jackson, Minn. According to Sweet, the team’s founder and CEO, the team intends to "redefine" holistic wealth management.

“To do that, we knew it was time to expand our opportunities in how we serve our clients and future clients through better technology, integrations and a cutting-edge approach,” he said. “This became even more important as we quickly approach becoming a $1 billion AUM firm.”

The firm has clients throughout 28 states and five countries, and focuses on working with women in the midst of life transitions, including widowhood, divorce or claiming an inheritance. It also works with business owners selling their companies and tax strategies for retirees. The firm is looking to accelerate their tech integrations to boost their global scope, and selected Dynasty after six months of due diligence.

According to Anderson, a partner and president of the team, Sweet has “exceptionally” high standards for hiring, and Dynasty offers the team the efficiency that will help them double their business without also doubling their team.

“We want to be able to reward them in the build, while opening capacity at the same time,” she said.

Sweet Financial's decision to join with Dynasty is the latest partnership the network has announced in recent months; in early October, a three-advisor team based out of Colorado Springs, Colo., with about $300 million in AUM departed Northwestern Mutual to join with Dynasty and create Intergy Private Wealth. Several weeks earlier, also in Colorado, a team of advisors left Merrill Lynch to form Nilsine Partners with help from Dynasty. The group managed about $1.75 billion in client assets in total and said the pandemic accelerated their move into independence.

Dynasty CEO Shirl Penney said the company was “excited” to welcome Sweet Financial and was looking forward to helping the firm boost its growth.

“Having access to sophisticated tech-enabled solutions is a growing desire for advisors and Dynasty is well-positioned to offer that opportunity along with a true independent model,” he said.