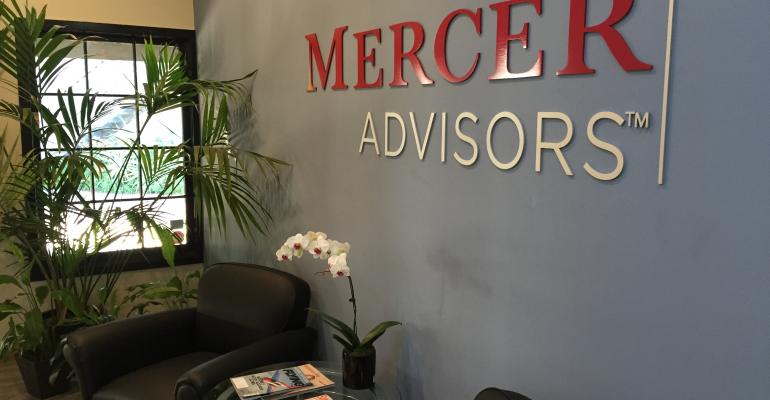 Mercer Acquires Dallas Firm With About $700 Million in AUM

Mercer Advisors is acquiring Lake Point Advisory Group, a wealth management firm with about $700 million in assets under management based in the Dallas-Fort Worth area.

Lake Point, founded by Reid Johnson in 2007, works with mass affluent and high-net-worth individuals, families and businesses. Its 19 staff members will all be joining Mercer.

Johnson said Lake Point was seeking scale and advisor support to properly onboard the number of clients they were adding each month, and a friend whose firm had previously been acquired by Mercer suggested Johnson speak with Mercer Vice Chairman Dave Barton.

After meeting with Barton “many times,” Johnson said he came away impressed with the firm’s family office business model and the opportunity to offer clients services including in-house estate planning and tax preparation, among other attributes.

“Most importantly, however, was their ability to better resource my operation and take over those back-office activities that drained our resources,” Johnson said. “I knew I had found the right home for my clients, my staff and for me; providing me the opportunity to do full time what I love doing—marketing and driving new client flow.”

Park Sutton Advisors operated as an exclusive financial advisor for Lake Point during the deal, according to Mercer. CEO Dave Welling said the deal brought the strong team Johnson assembled to build upon what he called Mercer’s “deep bench” in the state of Texas.

“This acquisition brings together the strengths of our two organizations and builds a solid platform for future growth,” Welling said. “This is the type of talent we seek to add to our team, and we look forward to offering expanding services to help better serve the current and future Lake Point clients.”

In the last two weeks of September, Mercer announced two new acquisitions, including Miller Advisors, a wealth management firm located in Kirkland, Wash., with about $240 million in AUM. Mercer also acquired Quest Capital Management, a Dallas-based firm that has about $1.5 billion in managed assets across 660 clients. Earlier this year, Mercer acquired AFI Wealth Strategies, a Green Bay, Wis.-based firm with $240 million in AUM.

The run of deals follows a busy 2020 for the firm that included seven acquisitions in December, adding nearly $3.9 billion in AUM and more than 3,200 new clients. The firm, which was established in 1985, is based out of Denver and has more than $32 billion in client assets, with more than 560 employees in more than 55 offices nationwide.