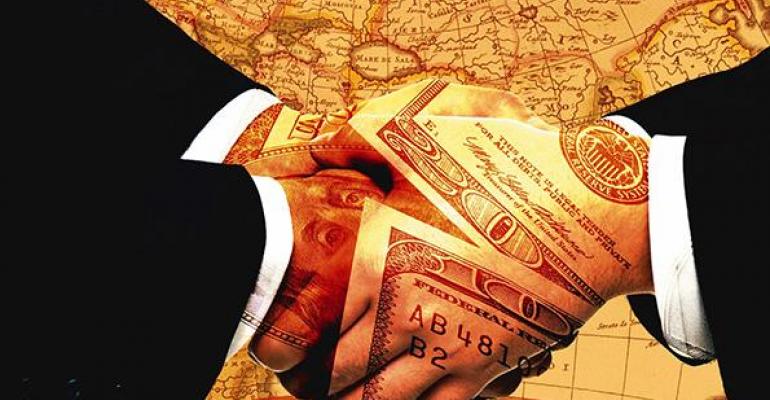 Contrary to what some M&A reports have said, wealth management deals slowed in 2016, as many acquirers took a breather, according to a new Fidelity report.

While some reports show mergers and acquisitions in the registered investment advisor space to have grown last year, Fidelity Clearing & Custody Solutions’ latest report indicates a slowdown in deals. The firm counted 104 transactions representing $67.1 billion in assets under management in 2016, down from 138 deals representing $145 billion in 2015, according to its 2016 Wealth Management M&A Transaction Report.

“We do know that several of the larger acquirers chose by design to take 2016 off so that they could continue to strengthen their platform, management and operations before resuming an aggressive acquisition schedule,” Canter said.

In addition, some really big deals happened in 2015 that may have skewed the total assets represented. For example, private equity firm Hellman & Friedman purchased a majority stake in Edelman Financial Services, with $15 billion in assets under management.

In 2016, strategic acquirers were the top buyers, with 37 deals, followed by wealth management RIA acquirers, at 31 deals. Banks participated in just nine deals last year, although that’s up from four in 2015.

“Acquirers are increasingly well-prepared, well-capitalized and sophisticated, so they know the target firms that they’re attracted to,” Canter said.

The competition among acquirers is driving valuations higher.

Canter expects an uptick in deals this year, with the industry returning to the numbers seen in 2015. Secular trends, such as increasing pricing pressure, talent scarcity, the need for scale and the aging of the advisor force will fuel more acquisition in 2017.

Although firms weren’t merging as much in 2016, many took it as an opportunity to recapitalize. Carson Wealth, for example, didn’t outright sell, but the firm did give up a 29 percent stake in exchange for an investment from private equity firm Long Ridge Equity Partners. Savant Capital Management completed a $50 million recapitalization last year.

“All with an aim toward, ‘how do we grow this thing?’” Canter said. “What we hear from the leaders is that there’s still a bull market for advice and a bull market for investing in advice businesses, but we just didn’t see the volume in 2016 that had been present in ’15.”

Canter believes it’s a seller’s market, but with one caveat.

“We still think many advisory firms out there don’t appreciate the complexity of valuation. What you did in revenue or EBIT last year doesn’t necessarily portend to what’s going to happen going forward...Is your business a growing business with great talent that can propel the business forward if the founder exits? Or is it a depleted oil well with no next generation talent?”

Fidelity’s report is compiled in cooperation with its M&A Leaders Forum, a community of wealth management M&A industry leaders, including strategic and financial acquirers, large RIA firms and broker/dealers. It is comprised of 28 people, including Matt Brinker, head of national partner development at United Capital; John Copeland of AMG Wealth Partners; and Matt Cooper, founding partner of Beacon Pointe Advisors.

The report includes only those wealth management transactions in the RIA space involving assets between $100 million to $20 billion. It lists the RIA transactions line by line, and doesn’t include independent b/d transactions.