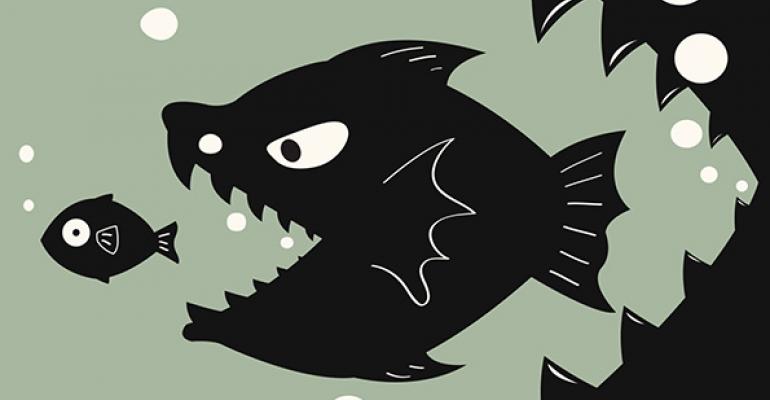 For the fourth straight year, M&A activity in the wealth management industry set a new record high, according to the "RIA M&A DealBook" from Echelon Partners.

In 2016, the wealth management industry set a new record for the number of mergers and acquisitions.

Registered investment advisors successfully reached an all-time high of 138 deals in 2016, a 10 percent increase from the previous record set in 2015, according to Echelon Partners’ RIA M&A Deal Book. The new record also marks a 16 percent compound annual growth rate since the business cycle low in 2009, and the fourth straight record-breaking year.

The industry also set an all-time high in the amount of assets under management acquired last year, as there continued to be increase in the number of deals for firms with at least $1 billion in AUM. Average M&A transaction size topped $1.44 billion, representing a 64 percent increase since 2014 and the third time in five years that average deal size exceeded $1 billion. “While many of the underlying factors responsible for this heightened activity, such as the DOL fiduciary ruling, remain steady, a closer examination suggest some noteworthy changes are taking place,” Daniel Seivert, the CEO and managing partner of Echelon, said in the report. “With new and larger buyers in the industry, an aging advisor population, and an increase in available financial resources, the market is becoming ever more liquid, especially for $1 billion [and higher] AUM deals.”

Echelon says the eight-year expansion of markets and enterprise values coupled with an increasing number of advisors older than 60 have created an environment where more business owners are looking to secure their liquidity event and succession plans.

There is also evidence of increasing consolidation in the market. For one, RIAs were less often the acquirers in M&A deals than they were in recent years. Taking their place were strategic acquirers and consolidation firms. In the 10 largest deals, wealth managers accounted for only one acquirer.

Breakaway activity took a slight dip from the record high in 2015, but the 430 breakaways reported still mark the second most in a year. Echelon said this decline is likely attributable to uncertainty created by the DOL fiduciary ruling. The positive financial results for all advisors created by increasing equity markets could also be depressing motivation to breakaway. Echelon also reported that although overall funding in financial technology declined by 5 percent in 2016, wealthtech, a sector of the fintech industry that caters to wealth and investment management, reached new highs in 2016. A reported record of 19 wealthtech companies were involved in M&A deals in 2016, and Echelon said the actual number is likely 150 percent to 200 percent higher than that. Wealthtech now attracts 10 percent of capital invested in fintech.