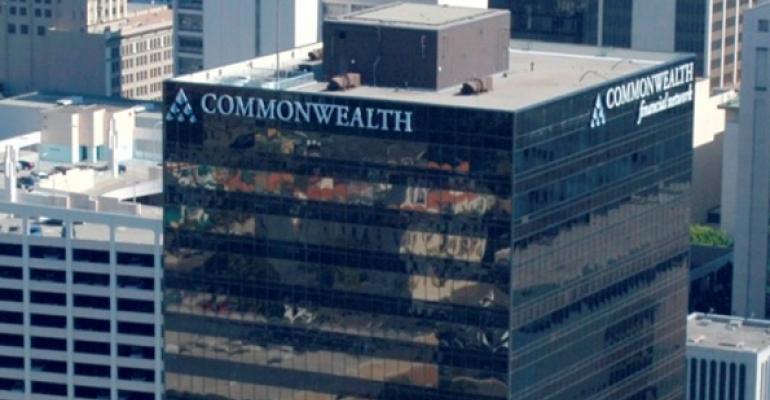 Melville, N.Y.–based Keith Ryan, a former UBS advisor with $140 million in client assets, is the first to join under Commonwealth’s new pricing model for breakaway advisors.

Commonwealth Financial Network, an independent broker/dealer with over $221 billion in total client assets, has recruited Melville, N.Y.–based advisor Keith Ryan, who spent the past 26 years at UBS. Ryan, who managed $140 million in client assets at UBS, is the first to join under Commonwealth’s new Access Advisor Program, a new pricing model for breakaway advisors.

Access Advisor features a new payout model that wraps additional charges, such as trading costs and administrative fees, into an advisor’s payout. An advisor’s payout is based on total production, including advisory, brokerage and consulting business.

“Advisors coming from the wirehouse are used to operating on a payout structure,” said Greg Gohr, managing principal of wealth management at Commonwealth. “[Access Advisor] provides some measure of price certainty to advisors. It’s very easy from a pro forma standpoint to look at where they are today and where they’ll be if they join Commonwealth.”

Gohr added that in the independent model, the advisor has control over pricing such as trading, for example, and setting their own advisory fee.

“It’s an entirely new mindset,” he said. “[Wirehouse advisors] have never dealt with transaction charges. [Access Advisor] rolls everything up.”

Advisors can come under the new program, which launched in April, on a permanent basis or switch to the IBD’s independent pricing model when the advisor becomes more comfortable with being independent.

Access Advisor comes on the heels of the January launch of Commonwealth’s Business Consulting Services, a suite of outsourced services designed for employee advisors transitioning to independence or Commonwealth’s existing advisors.

Commonwealth had, primarily, focused its recruiting efforts on independent advisors moving firms, but this program highlights an evolutionary step to address the breakaway market, observers said.

“Commonwealth recognized if they’re going to appeal to and successfully communicate with wirehouse advisors they had to deliver the message and reformulate how they communicate the numbers to a wirehouse advisor,” said Barbara Herman, senior vice president of recruiting firm Diamond Consultants, who was involved in Ryan’s transition.

“Advisors are looking for greater transparency for how they are compensated and how their business is priced to clients. So, [Access Advisor] is transparency crossed with simplicity,” she added.

“We have to tell these advisors that you can get the flexibility and the freedom that you desire, but you don’t have to go out and take ownership of running every aspect of that business,” said Gohr.