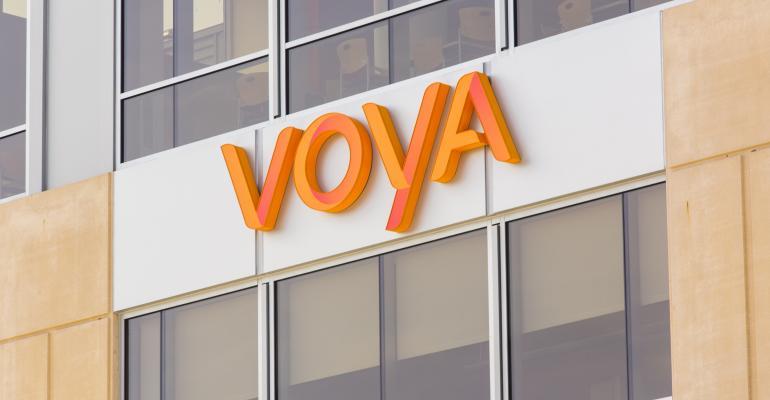 The deal, backed by Cetera's private equity parent Genstar, would likely be for Voya's brokerage network and client assets.

Cetera Financial Group and its private equity parent company Genstar are in exclusive talks to acquire the broker/dealer business of Voya Financial, according to sources within the investment banking community.

The deal would likely see Cetera acquire Voya’s advisor and brokerage relationships and the assets that come with those advisors. Voya has some 1,600 independent advisors. Voya, a publicly traded company, offers retirement services, investment management and employee benefits across a total $657 billion in assets under management and administration.

The broker/dealer business' back- and middle-office would most likely be consolidated into Cetera in the wake of a deal, sources said. The firm’s field-facing staff would also likely be laid off if the transaction is completed.

The transaction is being funded by Genstar, which took a majority stake in Cetera in 2018. Genstar typically funds its deals through a combination of a small portion of up-front cash and debt leverage.

One source said the move was part of Cetera’s effort to drive scalable growth at the firm. Since Cetera was acquired by Genstar, the firm has been open to making acquisitions. In early 2019, the firm was reportedly in negotiations to buy Advisor Group from Lightyear Capital, but those talks broke down, and Reverence Capital bought the b/d network instead. In April 2019, Cetera announced it would acquire the assets of Foresters Financial’s brokerage and advisory business.

Further, Cetera has a history of acquiring insurance-owned broker/dealers. At the beginning of 2012, the firm acquired Genworth’s broker/dealer, Genworth Financial Investment Services, which was later renamed Cetera Financial Specialists. In 2013, MetLife sold its IBDs Walnut Street Securities and Tower Square Securities to Cetera. The moves have been part of a years-long pattern of insurance companies exiting the broker/dealer business.

“Cetera—from the very beginning, since it was owned by Lightyear—has been a serial acquirer of insurance-owned broker/dealer and has been very effective at integrating them into whatever the proper platform is,” the source said. “So they are really good at this. I think Genstar and Cetera are really just continuing using their skillset of identifying insurance-owned broker/dealers, buying them and folding them in.”

Another source said it would make sense for Voya to sell, given where valuations are at for independent broker/dealers.

“The Voya parent company folks recognize that valuations are at all-time high, and that private equity participation is at potentially the peak level of interest given the confluence of exceptionally low interest rates, along with the fact that relative to most other financial services sectors, the independent broker/dealer channel still has not been that thoroughly penetrated by private equity investors,” the source said.

In 2018, Voya ran afoul of the Securities and Exchange Commission’s red flag rule, and the firm settled the charges for $1 million. In 2016, cyber intruders impersonated independent advisors in Voya’s network and called into the back office to get those advisors’ passwords reset, the SEC claimed. The intruders then used the new passwords to access personal information on 5,600 clients. They were then able to access account documents for three customers.

The SEC claims that Voya did not have the proper cybersecurity procedures in place to terminate the hackers’ access, and that the firm should have applied its procedures to its independent advisors.

Voya also paid $23 million in disgorgement and penalties under order from the SEC for alleged mutual fund share class selection violations and failing to disclose to clients conficts related to those funds.

Voya was previously part of Amsterdam-based ING Group. In 2013, ING divested its U.S. financial services arm, which then went public. That business was rebranded in 2014, changing its name to Voya, a move that was mandated as part of ING Group’s deconsolidation program.

Cetera spokeswoman Adriana Senior said the company does not comment on rumor or speculation. Voya spokeswoman Laura Maulucci also declined to comment. A spokesman for Genstar did not respond to a request for comment by press time.