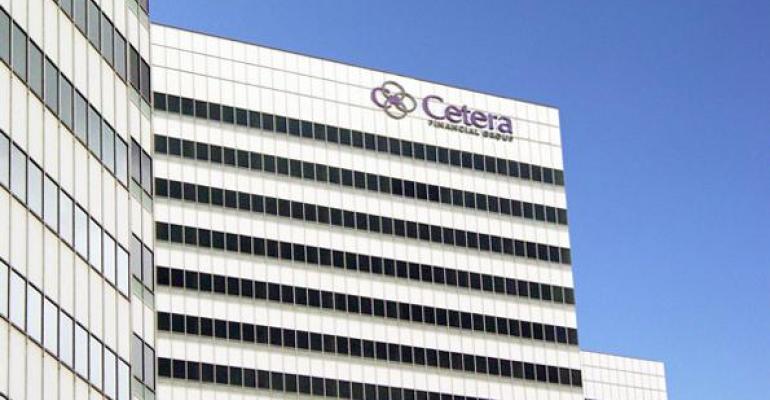 The deal will be a full recapitalization of the broker/dealer, which will retain its current operational structure.

Genstar Capital has acquired a majority stake in Cetera Financial Group, the independent wealth manager with a network of nearly 8,000 financial advisors.

Specific terms of the deal were not disclosed but Cetera CEO Robert Moore said on Tuesday the deal was a full recapitalization of Cetera’s business and that “all the current debt, if you will, or legacy funding for the company will be financed as part to this transaction.”

Cetera’s leadership team will also have a minority stake in the firm. Details of each stakeholder’s equity share were not disclosed.

Tony Salewski, a managing director at Genstar, said the San Francisco-based private equity firm plans to leverage its own experience with financial services companies to grow the broker/dealer platform.

Genstar’s current portfolio includes Ascensus, Apex Fund Services, Acrisure, ISS, Strategic Insight, and Mercer Advisors, a Santa Barbara, Calif.-based registered investment advisor with $11.6 billion in client assets. The private equity firm, which was founded in 1988 and has approximately $10 billion in assets under management, also previously had a stake in AssetMark.

There are no plans to merge the newly acquired Cetera with any of the existing businesses. The wealth manager will continue to operate under the same name and maintain its organizational structure. Cetera operated six independent b/d platforms, including Cetera Advisor Networks.

Cetera was one of the b/ds cobbled together via a quick succession of acquisitions in 2014 by real estate investment manager Nicholas Schorsch, head of RCS Capital Corporation, and also owner of a wholesale b/d of non-traded Real Estate Investment Trusts. Cetera was valued at $1.15 billion when Schorsch bought it, about equal to its revenue that year. At the time, that was considered a steep multiple; most b/ds were valued around 40 percent of annual sales. When Lightyear Capital, the previous owner of Cetera, bought the firms in 2009 from ING, they paid around 50 percent of revenue, according to sources familiar with the transaction.

In the spring of 2016, RCS emerged from bankruptcy and a reorganization with Cetera as its only operating entity. As part of the process, RCS renamed itself Aretec, or Cetera spelled backwards, but the name was never used in the marketplace and existed primarily for legal purposes.

Cetera began reviewing its capital structure last spring and explored changes in ownership, refinancing and recapitalization, leading up to the deal with Genstar, Moore said. Lightyear, the private equity firm that owned Cetera from 2009 to 2014, was said to be considering repurchasing the wealth manager.

“It became very clear that in Genstar we had an astonishingly well-aligned relationship that we could take forward,” Moore said.

The deal with Genstar is a milestone in the turnaround of Cetera and one competitors will take notice of, according to Jeff Nash, the CEO of Bridgemark Strategies, a recruiting and consulting firm to b/ds and RIAs.

“At a minimum, there is a new player in town that is going to garner recruits,” Nash said, because Cetera is now in a better financial position to improve the company’s technology and supporting services, and potentially to lure advisors with more competitive compensation.

Goldman Sachs & Co. served as Cetera’s financial advisors in the transaction, which is subject to regulatory approval and expected to close in the third quarter. Skadden, Arps, Slate, Meagher & Flom LLP served as legal counsel for the company.