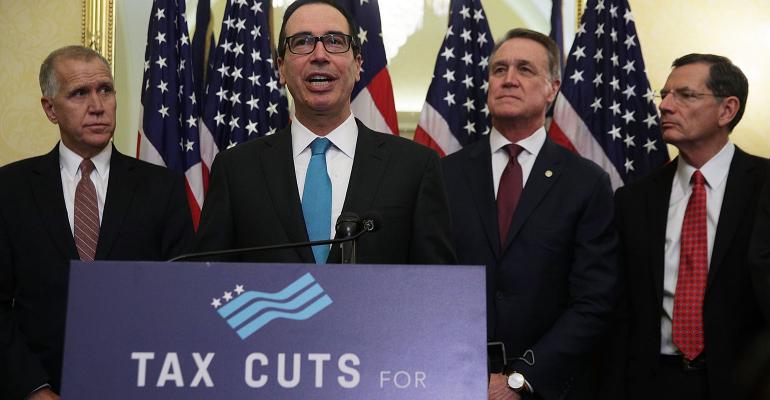 Deep Dive Into the Tax Cuts and Jobs Act – Part 4

Many deductions will be modified or eliminated. The deduction for medical home improvements will be eliminated as part of the medical expense deduction. Any elderly or disabled taxpayers considering or needing home improvements should make these modifications before year end to secure a tax deduction. This is more important than the general media discussions of accelerating deductions that may be eliminated because of the quantum of the costs to modify a home. In many instances, these costs can run from tens to hundreds of thousands of dollars.

The new rules on pass-through entities will raise issues for trusts owning such interests. It’s been common in estate and asset protection planning to create layers of trusts and entities. Now, the characterization of the trustee as a material participant under Internal Revenue Code Section 469, an issue on which there’s scant law and no clarity, may impact the application of the new 25 percent maximum tax on passive returns from flow-through entities.

Charitable contributions will continue to be deductible. But for most taxpayers, the doubling of the standard deduction would appear to mean no incremental tax benefit from donations. For many taxpayers, such as retirees, if they’ll be precluded by the Act from deducting state income taxes, as well as only be afforded a property tax deduction up to $10,000 and limited mortgage interests (which many retirees don’t have), itemized deductions may be unlikely in future years. That is, in fact, an intent of the Act.  Many taxpayers won’t be able to itemize deductions after 2017 so it might be advantageous for those affected to contribute to donor-advised funds called DAFs before the end of 2017 and obtain a charitable contribution deduction now. Then, in future years, they can use that DAF to make contributions in later years. The result will be that few people will likely get a charitable contribution deduction after 2017 other than high income earners with substantial deductions in the categories that remain deductible.

The Act makes several changes that effect planning to pay for education costs:

If the Act becomes law, practitioners who have provisions in durable powers of attorney or revocable trusts permitting gifts to Coverdell accounts might wish to revise their language.

There are a host of adverse changes that will impact residential real estate and vacation homes.

The larger macro implications of these and other changes on residential real estate are uncertain. For example, for ultra-high-net-worth taxpayers, these changes may be insignificant. For most Americans, they may be irrelevant. But for a large swath of what might be loosely referred to as moderately wealthy or wealthy Americans, these changes could have a substantial and unfair impact on the carrying costs of homes and vacation homes and perhaps undermine the values of those properties at the same time.

The Act eliminates the deduction available for up to 80 percent of the amount paid for the right to purchase athletic tickets. The Act disallows deductions for entertainment expenses. The Act also eliminates tax exemption on bonds used to finance sports stadiums. The term “professional stadium bond” means any bond issued as part of any proceeds used to finance or refinance capital expenditures allocable to a facility (or appurtenant real property) which, during at least five days during any calendar year, is used as a stadium or arena for professional sports exhibitions, games, or training (Act Section 3604).

Might these changes be intended to convey a personal message from the president to the NFL?

The Act includes several changes that could significantly impact matrimonial/divorce agreements. These provisions directly affecting divorce are in addition to the many indirect changes, such as impact on itemized deductions and SALT limits that may have a significant direct impact, positive or negative, on the ex-spouses: