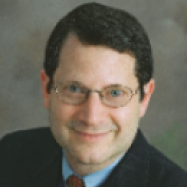 Proposed Clawback Regs May Undermine Some Estate Planning
May 03, 2022
Which tax-free transactions will trigger an estate tax if the taxpayer dies after the higher exemption amount sunsets?

Mental Health in the Legal Profession
Apr 20, 2022
How practitioners, firms and family can help.

Addressing Lawyer Mental Health Issues in Your Practice
Apr 18, 2022
How practitioners, firms and families can help.

Sharia Inheritance Estate Plans
Aug 24, 2021
Unique use of limited power of appointment may help address risk of conflict and controversy.

How to Make Your Practice More Diverse and Inclusive
Jan 27, 2021
Set the tone for open and honest discussions about stereotypes