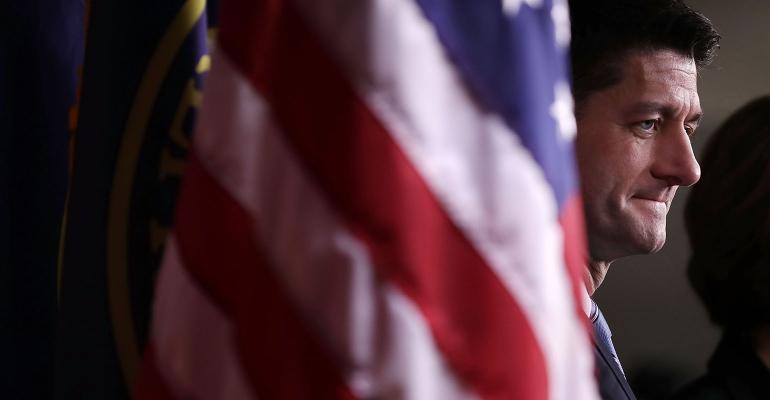 Deep Dive Into The Tax Cuts and Jobs Act - Part 2

A close look at the business provisions.

On Nov. 2, 2017, the House Ways and Means Committee issued H.R. 1 called “Tax Cuts and Jobs Act.” The proposed bill itself is about 430 pages, and the summary about 82 pages. This discussion follows the general comments about the Act in Part 1 and focuses on business provisions.

The rationale for the doubling of the exemption (not to mention the inflation kicker as well) was stated in the Summary as follows: “By repealing the estate and generation-skipping taxes, a small business would no longer be penalized for growing to the point of being taxed upon the death of its owner, thus incentivizing the owner to continue to invest in more capital and hire more employees.” Has any entrepreneur ever consciously not grown his business because of a perceived penalty of the estate tax impact on that business on his death? The premise of this rationale is so questionable that the purported positive economic impact seems implausible. How can the phrase “small business” be used with figures of this magnitude? The statement implies that “small businesses” are wiped out by the estate tax, which ignores the current planning left in place, the ability to defer estate tax under Internal Revenue Code Section 6166 and a range of other provisions. For some closely held businesses, the complexity of the new pass-through entity rules and the negative tax impact on principals of losing state and local property tax and income tax deductions may pose a far greater hardship then the estate tax ever did.

With the estate tax not scheduled to be repealed until 2024, would any business owner, of any size, prudently rely on the elimination of the estate tax to make current business decisions to grow his business?

There are a host of changes made that affect corporations and other business entities, and therefore create business planning opportunities:

Section 1004 of the Act lowers the maximum income tax rate on business income from small and family-owned pass-through entities (sole proprietorships, partnerships, limited liability companies taxed as partnerships and S corporations) to 25 percent. Net income earned from passive business activity would be fully eligible for the 25 percent business income tax rate. This can create issues for clients who had taken steps to support and document that they were material participants in a business to avoid the passive loss rules. Those businesses may not have to be evaluated differently under the new tax paradigm if the Act becomes law. Net income earned by equity holders actively participating in the business will be determined based on their capital percentage of income derived from active activities. Thus, active income will be taxed at the general tax rates, not the favorably lower 25 percent rate. This construct, which is a new approach to taxation, will introduce incredible complexity, thereby negating the advertised simplicity, certainly for those taxpayers affected. To simplify the analysis, the Act provides a safe harbor approach for owners and shareholders that actively participate in a business. Taxpayers can assume that 30 percent of their business income is derived from passive activities and 70 percent of their business income is derived from active efforts so that 30 percent of business income would be eligible for the special 25 percent business income rate. Taxpayers and business owners can, however, use an alternate facts and circumstances calculation.

Owners of personal service entities aren’t eligible for the special business income tax rate, and all income from the personal service business would be taxed at their individual income tax rates. Affected endeavors would include: businesses involving the performance of services in the fields of law, accounting, consulting, engineering, financial services or performing arts. So generally, an ultra-high-net-worth client earning millions of dollars per year from passive business endeavors will be taxed at a lower income tax rate than their advisors working 2,000+ hour years. Is there something inherently unfair in this approach? Is this an unfair advantage provided to those with so much wealth that they can earn substantial income passively? What is the magnitude of this tax benefit for the super-wealthy?

Under the Act, the default capital percentage for certain personal services businesses would be 0 percent. As a result, a taxpayer that actively participates in such a business generally wouldn’t be eligible for the 25 percent rate on business income with respect to such personal service business. However, the provision would allow the same election to owners of personal services businesses to use an alternative capital percentage based on the business’s capital investments. This election would be subject to certain limitations. Is this possibly simplification?

A portion of net income distributed by a pass-through entity to an equity holder may be characterized as “business income” subject to a maximum tax rate of 25 percent. The portion of income not characterized as business income would be deemed compensation and subjected instead to the higher ordinary individual income tax rates. This new tax paradigm will introduce new complexity to bifurcate income of a pass-through entity and to deal with new terms and calculations created by the Act.

It appears that if an equity holder is passive, the holder should be taxed at the maximum special 25 percent rate. If, however, an equity owner is actively engaged in the business, a portion of that income would be subject to the lower rate while a portion of that income would continue to be subject to the general individual income tax rules. An equity owner that’s active part or all of the time would have economic benefits taxed as ordinary income using a 70/30 default allocation. Thus, an equity owner generally may elect to apply a capital percentage of 30 percent to the net business income derived from active business activities to determine if the business income is eligible for the 25 percent rate. That determination would leave the remaining 70 percent subject to ordinary individual income tax rates.

How will these calculations be made? What’s “capital” for purposes of the calculation? How will capital investment in business be determined if most or all equipment is deducted under the expanded Section 179 expensing provisions? Is it economic basis, or might we need appraisals? If an operating agreement provides for the payment of a guaranteed payment, might there be an incentive to renegotiate that agreement? If a senior family member continues to draw a salary post-retirement but provides modest services, might that arrangement be reviewed and perhaps reconsidered so that the member is fully retired and the 25 percent maximum tax would apply to all earnings? How will the quantum of services that can be provided without tainting the return on the pass-through entity as partially taxed at higher rates be determined? What will the impact of this be on buyout agreements, post-sale or post-retirement consulting agreements?  How might the result of these calculations impact wages for retirement plan contributions or for Social Security tax or benefits? A special rule would apply to prevent the recharacterization of actual wages paid as business income. An owner’s or shareholder’s capital percentage would be limited if actual wages or income treated as received in exchange for services from the pass-through entity, such as a guaranteed payment, exceeds the taxpayer’s otherwise applicable capital percentage.

Is the Equity Owner Active?

The determination of whether a taxpayer is active or passive with respect to a particular business activity would rely on current law material participation and activity rules within regulations governing the limitation on passive activity losses under IRC Section 469. Under these rules, the determination of whether a taxpayer is active generally is based on the number of hours the taxpayer spends each year participating in the activities of the business. Unfortunately for estate planners, there’s little guidance on whether or how a trust can materially participate. The new rules will exacerbate the need for clearer guidance in this regard.

Income subject to preferential rates, such as net capital gains and qualified dividend income, would be excluded from any determination of a business owner’s capital percentage. Such income wouldn’t be recharacterized as business income for these purposes and would retain its character. Certain other investment income that’s subject to ordinary rates such as short-term capital gains, dividends and foreign currency gains and hedges not related to the business needs, also wouldn’t be eligible to be recharacterized as business income. Interest income properly allocable to a trade or business would be eligible to be recharacterized as business income. Is this a working capital analysis? How much working capital is necessary for business needs? While there’s logic to these rules, they appear to add additional layers of complexity to the taxation of flow-through entities.