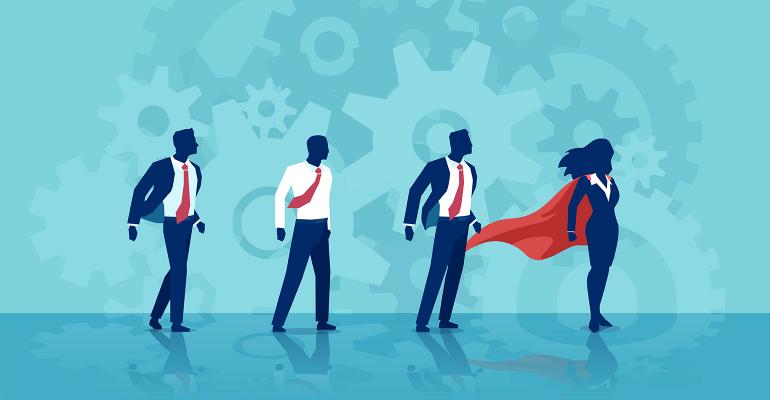 The Win-Win of Allyship

Fighting to increase the number of women in finance is not only the morally just thing to do but also a $25 billion opportunity.

In a recent study of the U.S. financial services industry, women were shown to be meaningfully underrepresented.

I know this is not exactly news; but if we dig a little deeper, we’ll find something that’s even more disturbing that also requires our address. As the authors of a recent article entitled “What Will It Take to Make Finance More Gender-Balanced?” note:

Related: The Do's and Don’ts of Male Allyship

When we asked interviewees why there is a lack of women in their firms, the most common response … was that they believe women are not interested in finance. When pressed further, they identified two reasons: a masculine culture and long working hours.

The above wouldn’t be shocking from the perspective of our industry back when I began my career in the last millennium, but to realize that it reflects sentiments expressed in the past five years has to give us pause.

Related: What is Universal Allyship?

Simply put, how completely blinded by male privilege do you have to be to believe that women aren’t interested in challenging, impactful and high-paying opportunities like those in our industry?

Further, that “a masculine culture” and “long hours” are accepted as supposed barriers to entry for women, as if they’re immutable, makes this all the worse. How we work and under what conditions are executive prerogatives that reflect our values … and, as shown in this study, our biases.

How can we change this?

One way to overcome this shortsightedness is to focus on increasing gender diversity in our industry, including by enlisting influential male executives to serve as proactive allies for women. In the long run, as Deloitte observed in its recent research report Within Reach? Achieving Gender Equity in Financial Services Leadership, this will result in “having a greater share of women at the most senior leadership levels,” which “creates a tangible ripple effect across the organization.”

So, our goal is twofold: to increase the number of women in our industry generally and especially in leadership roles. Yet, given the current overrepresentation of men, the latter will be compelled to help lead this change of necessity—which means, among other things, that they must move beyond mere mentorship to (pro)active sponsorship of female colleagues.

As Sheree Atcheson points out in her recent article in Forbes, sponsorship “is being actively involved in aiding someone’s career progression (whereas) mentoring is providing advice.” While mentoring is generally a good thing, it’s clearly insufficient; by contrast, the insight and door opening associated with sponsorship enables women to participate and contribute fully to an organization’s progress. It’s in this realization of their promise that the myths and biases that currently constrain women are dispelled and their pathways to opportunity are broadened.

If, by now, you’re not yet persuaded, I suspect that further appealing to your higher faculties will be fruitless, so let me appeal to your greed instead: As Oliver Wyman noted in its Women in Financial Services 2020: A Panoramic Approach report, there is a huge business opportunity for our industry to engage more meaningfully with clients, ever more of whom are women. To take full advantage of this tremendous bounty, firms will be best served by increasing the gender diversity among their advisory ranks.

Because women prefer to be served by organizations where other women are well treated, the firms that provide greater opportunity to women position themselves to reap what Oliver Wyman estimates to be as much as $25 billion in new wealth management fees. Further, they note “This uplift would be compounded in the years to come as women’s wealth (grows).”

So, whether you do it for the right reasons—to be equitable and inclusive—or for the wrong one—to share in a potential business windfall—increasing gender diversity in our industry is a huge opportunity. And one of the most impactful ways to achieve this is for male leaders to serve as allies for female colleagues.