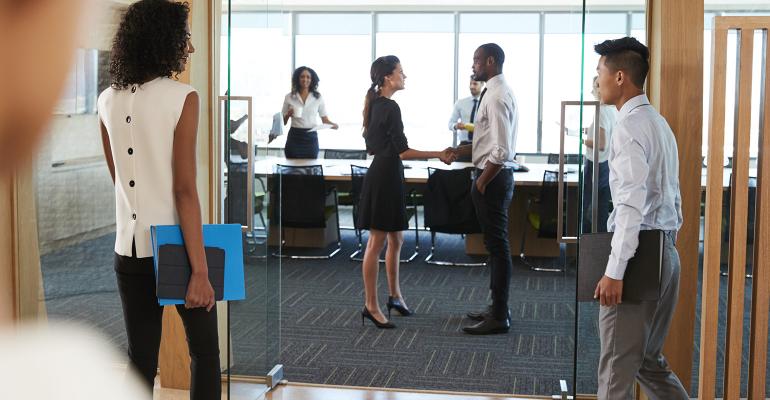 The Do's and Don’ts of Male Allyship

Not only is it the right thing to do, but it’s also an opportunity for you and your organization.

Do you consider yourself a feminist? I hope so, especially if you identify as male. And, yet, what I’ve learned recently is that how we express this feminism matters greatly. In fact, based on the research that I’ve done and feedback that I’ve solicited from a cadre of women leaders whom I consult regularly, I’ll assert that the How of our practice of feminism matters as least as much if not more than the What of it. Here’s why:

Are you familiar with the work of Ijeoma Oluo? My surmise is probably not unless you’re among the most progressive of folks. But were you to be, and especially if you were to read her new book, Mediocre, you’d be far more aware of the institutionalization of male privilege—what we rightly call patriarchy—and how it plays out in our personal, professional, social and societal lives.

For example, early in the book, Ms. Oluo surveys the history of male involvement in feminist movements in the past century. Among other things, she notes there’s a disturbing yet recurring pattern that evidences itself: men who assert themselves as leaders but use their influence to advantage themselves and their already dominant gender while often diluting or diminishing the station of the women they claim to support. To frame this in modern terms, unfortunately, there is a history of men pretending to be allies to women but not actually functioning as such.

I reached out to a cadre of women leaders who’ve served in an advisory capacity for me in recent years. To a person, they are fierce, accomplished and eager to share their perspectives. So, when I posed the question about what they considered to be best (and worst) practices relative to male executive allyship, I received a wealth of input and insight in response. In sum, here’s what they share with me:

First, echoing Ms. Oluo’s insight, their experience has been that there are too few powerful men in executive roles who serve as allies and that, of those who do, many if not most appear motivated more by the political benefits of doing so, including the opportunity to create the impression that they’re far more enlightened and progressive than they truly are.

Second, in their experience, a meaningful number of the (minority of) men who’re sincerely committed to allyship tend unnervingly toward the paternalistic in their practice thereof (which is another of Ms. Oluo’s observations).

Third, even among the male allies they consider to be authentically committed, there’s an open question as to the extent of that commitment. Simply put, and related to the immediately preceding observation, most allies are willing to advocate on behalf of women to have more opportunity but not necessarily the unlimited opportunity that they, as male executives, have enjoyed, so their commitment is meaningful but limited in scope.

Let’s stop here—trust me, there are many more profound insights on which we could focus—and deduce several (male) allyship best practices:

My female advisors also shared some worst practices that they’ve experienced, so I’ll pass them on to you so that you can avoid them:

First, as an extension of the guidance to avoid paternalism, please don’t approach this opportunity from the perspective of your role as benefactor and their status as being that of supplicants.

Let me make this plain: If you’re a chauvinist or sexist—consciously or not—though your advocacy is needed, its impact as well as the gratitude that it engenders will be muted to a meaningful extent. Or, let me break it down even more bluntly: Because, sadly, in most organizations, women do need the help (though, of course, they shouldn’t), if you’re a schmuck, they’ll still take it and be appreciative, but also will likely be wary of too close an association.

Allyship is not only the right thing to do, but it’s also an opportunity for you and your organization: While you may be supporting female colleagues, you’ll also have the opportunity to gather critical insights into the realities of their experiences, which are a reflection of your institution’s culture. If you want to lead your organization more effectively, having a more developed and accurate understanding of it is critical, not only for the women you support but also for you.