/sites/all/themes/penton_subtheme_wealthmanagement/images/logos/footer.png
Recent
Recent
How Advisors Can Keep More Of Their Client’s Kids as Clients
Jul 29, 2021
When a Press Release Is Not Enough
Jul 29, 2021
Mindy Diamond on Independence: 10 Questions to Help Identify if You and Your Partner Are Still Right for Each Other
Jul 29, 2021
Michael Kitces' #FASuccess Podcast: Georgia Lee Hussey on Aligning Your Firm With Your Values
Jul 29, 2021
Featured
Poll: 15 Classic Books on Investing and the Markets
Apr 03, 2020
Fifteen Must-Listen Business Podcasts for Advisors
Aug 14, 2020
25 U.S. Markets Adding the Most Multifamily Units This Year
Feb 03, 2021
The Top Colleges for Financial Planning
Oct 03, 2019 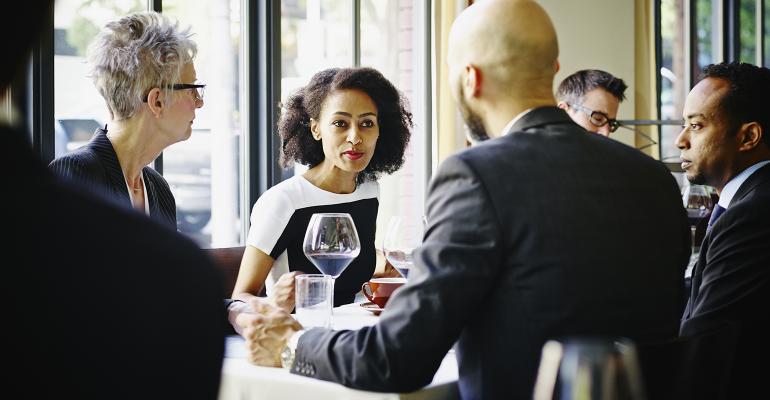 What is Universal Allyship?

Ultimately, it's about evidencing thoughtful, humane and inclusive leadership consistently.

Why do we speak of male allyship most frequently during Women’s History Month? Is there something about it that’s uniquely germane to the month of March? Or, perhaps, does it reveal a slightly less flattering reality: that the concept of (male) allyship is held as something different or other or apart from the great leadership demanded of us every day of every year?

Part of the problem is in the way that we conceive of this opportunity, which is as a part of Diversity & Inclusion (D&I) Best Practices, which are themselves also still considered something different or other or apart from great leadership. How do we know this to be true? Because we’re still trying to convince executives and leaders in all industries that they should move beyond their effective failure to embrace these principles as charitable work and, instead, to do so because of the clear, incontrovertible and ever-deepening “business case” for D&I.

Related: The Do's and Don’ts of Male Allyship

Let’s delve deeper into how to make this a core component of an exceptional leader’s commitment and practice.

One of the ways to be a great ally is to help female colleagues overcome “Belonging Uncertainty”—a condition that results from often unnoticed, informal types of exclusion that women leaders experience too often (like not being invited out for drinks or golf with ‘the guys’ [i.e., other male colleagues], or being talked over and/or having their contributions in a meeting claimed and restated by a male colleague who’s then lauded for them, etc.). Serving as a “Belonging Equalizer” by ensuring that female executives are both included and recognized appropriately in all collegial gatherings, both formal and informal, is an important responsibility of universal allyship and a paradigm-shifting contribution to equity and inclusion.

Another way in which to “Notice who is included—and who is not—and go out of your way to make female colleagues feel that they belong” is to ensure that they are not only included in key meetings but also given the opportunity/invited to contribute just as often and meaningfully as their male counterparts.

Ensuring that women not only have the platform for advancement but are also encouraged and supported in participating fully in the leadership of the organization is yet another of the tactics that evidence what Professors W. Brad Johnson and David G. Smith term “Gender Intelligence” (GQ). It reflects a highly-developed situational awareness skill that enables allies to assess their organizational environments effectively and to identify opportunities for the inclusion of their female colleagues.

Another aspect of demonstrating high GQ identified in their brief but powerful Harvard Business Review article “Male Allyship Is About Paying Attention” is to focus on and address Intersectionality: it’s good to recognize that women may face of constraints within your organization that you can help to ameliorate, but are you as aware of and prepared to deal with how another variable, like race, can further complicate complicate things?

For example, as groundbreaking research from Prof. Kenji Yoshino and Deloitte has identified, to varying extents, we all engage in a phenomenon called covering, in which we mask who we really are in order to fit into the culture of our organizations. While it’s no secret that straight white men are the dominant executive cohort in our industry and the vast majority of its firms, it may be surprising that even they, too, feel the need to project an image that’s different than who they really are in order to fit in.

In fact, the research suggests, almost half of straight white men regularly "cover," which forces us to ask the question that if even the most populous and powerful group in our organizations doesn’t feel safe enough to be fully authentic, what’s the experience of other colleagues? Unsurprisingly, the tendency toward covering is positively correlated with intersectionality: the more one differs from the dominant straight white male archetype in our organizations, the greater the likelihood of feeling the need to mask your true self to fit in: while 45% of straight white males cover, 66% of women do, 67% of women of color do, 79% of African-Americans do and 83% of LGBTQ professionals do.

Imagine how much energy goes into all of that covering! Now imagine how profound the impact would be were we to create environments where none of us felt the need to cover: Universal allyship is all about creating the kinds of organizational cultures and working environments in which we can all bring our true selves to work fully, and not only be accepted but celebrated for this, and for it not to impact our access to opportunity, contribution, recognition and reward (negatively).

Ultimately, universal allyship is about evidencing great—that is, thoughtful, humane and inclusive—leadership consistently and in such a way that it helps our organizations and their cultures to evolve ever more equitably and inclusively.

When being a woman—and especially a woman of color—isn’t a hindrance that needs to be ameliorated by male allyship, we’ll know that we’ve gotten there. But, until then, we’re still called to use our position and privilege to develop our Gender Intelligence (GQ), eliminate micro-aggressions and other cultural practices that drive the need for covering and to provide introductions, the inside scoop and mentoring and sponsorship to all female colleagues with demonstrated potential.