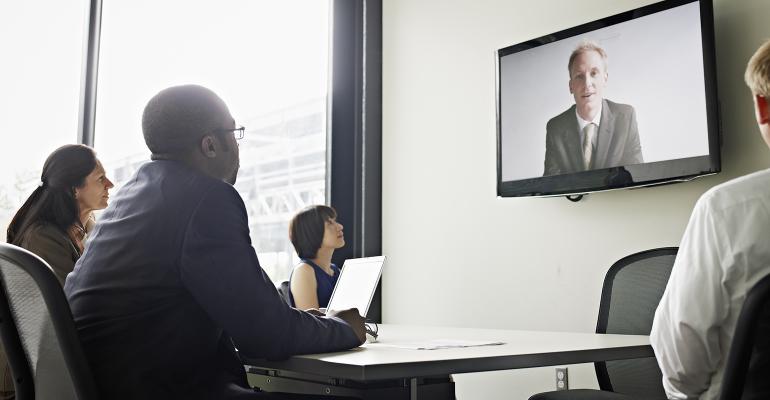 Hiring and managing remote employees requires new initiatives and ingenuity, according to these firm principals.

Late last year, while most of the 30-person staff of Merit Financial’s Alpharetta, Ga., headquarters were working from home, three of the firm’s top brass visited the office to conduct a job candidate’s final interview. While the previous conversations had happened via Zoom, the leadership felt that the position, a vice president of marketing, was high level enough to warrant an in-person meeting. The group gathered in a large conference room, masked and sitting 6 feet apart.

In real life, the job seeker made a distinctly underwhelming impression. “This person didn’t perform well, didn’t answer questions thoroughly or directly,” says Kay Lynn Mayhue, president of the 85-employee firm, which has $5 billion in assets. “He seemed to lack the boardroom presence we were looking for.” He didn’t get the job.

Related: 2020 Pushed Many Advisors to Plan Their Own Retirement

As Mayhue can testify, hiring and managing a staff working remotely during the pandemic involves a lot more than holding meetings over Zoom. In fact, figuring out what works requires a fair amount of imagination and planning. With that in mind, firms are taking a variety of steps—some to be expected, such as changing how they onboard new hires, as well as less obvious ones, like learning which employees do well on their own compared with those who need more-frequent check-ins.

Certainly, when it comes to hiring, not all firms are dissatisfied with Zoom interviews. Some are fans. “With Zoom, you can get body language signals that are so important,” says Zulay Labra, chief operating officer of Miami-based GenTrust, who has hired three employees since the company went remote last March.

Some find they can learn a lot about candidates from how they approach a video interview. Jeff Maas, CEO of Sacramento, Calif.–based Retirement Security Centers, recently rejected an applicant whose on-camera presence came across as sloppy. It made him doubt how effective the individual would be with clients. “It showed me he’s not quite the best person for us,” says Maas, whose firm has $1.5 billion in assets.

In most cases, firms try to approximate the interview system used pre-pandemic. At Aaron Wealth Advisors, a 10-employee Chicago firm with $575 million in assets, Gary Hirschberg used to put candidates through four to five interviews, with the last one usually held at his house where he and his wife hosted dinner.

Now, Hirschberg, who’s made three hires during the pandemic, has tried to replicate that last step with a glass of wine over Zoom. (He held one interview last year in his backyard when it was still warm). He’s also kept a four-hour marathon interview with multiple heads of different business segments that was standard operating procedure previously, making sure the candidate can take breaks in between sessions to avoid Zoom fatigue.

Still, Hirschberg has experienced some hiccups. For example, he hired an executive assistant about a year ago but ended up moving the start date from April to June. He wanted to figure out how the office was going to run in the new environment before bringing the assistant on board. But as it became clearer that he needed someone not only to jump in and run operations, but also to keep track of his schedule, Hirschberg moved the start date up. “Having someone who is master of my calendar has been helpful,” he says.

As for onboarding, a common approach for new hires is to meet, via Zoom, with employees they’re likely to interact with regularly, so they can discuss day-to-day responsibilities. By doing things like sharing screens to discuss documents they’re both working on, “It facilitates a collaborative environment,” says Doug Kentfield, head of wealth management at Steward Partners Global Advisory, a Washington, D.C.–based firm with $18 billion in assets.

Setting up such a system is pretty complicated, however. For one thing, training done virtually lacks the natural give-and-take that happens when colleagues work together in person. “You miss the interactions that might have happened in a hallway conversation,” says Kyle Berkley, vice president of human resources at Bailard, a 69-employee Foster City, Calif., firm with around $4.8 billion in assets.

Also, determining who might be the best employee to train a new hire requires some work—pinpointing the person’s responsibilities and skill sets and setting up a training schedule. At Bailard, Berkley works with managers to map out the different elements of new recruits’ jobs and the first tasks they’re likely to take on, plus the internal systems they’ll need access to. All new hires attend four or five initial Zoom meetings, with the number of later sessions depending on their role and level of experience.

Hirschberg faced a different challenge. He was used to sitting with new advisors, listening to their phone calls and providing immediate feedback about their technique. When he realized that he had some ideas about how remote newbies were handling these conversations, Hirschberg created a virtual system. He scheduled a two-hour Zoom call every week for about a month during which he would listen in on the new advisor’s client phone calls.

One big challenge firms face, of course, is sustaining a community spirit. “You don’t have the same connection points when you’re working remotely,” says Labra. “You have to make more of an effort.”

More-frequent virtual meetings are important, but that’s only the start. At many firms, managers regularly check in with their direct reports via phone or Zoom to make sure they’re all right. That’s especially important for employees who seem to be floundering. Hirschberg points to one advisor who, although a highly productive worker before the pandemic, seemed to enter what he calls a “negative spiral” after starting to work remotely. During their weekly phone calls, Hirschberg helped the employee form a marketing plan focused on a new niche—pre-IPO companies. He’s now performing at his previous level.

Even the best check-in systems aren’t foolproof. In 2018, Merit Financial created a process during which each employee meets biweekly with an appropriate person from the executive leadership team; the company decided to continue it during the pandemic. So, when one employee’s performance started to plummet last year, the person’s branch manager and department head developed a 60-day improvement plan, which they discussed during their regular check-in sessions. But the employee failed to improve, even sleeping through a scheduled review meeting. The firm ultimately decided to let him go.

Another way to monitor how employees are doing is through surveys. At Bailard, executives regularly send employees questionnaires about their experiences working from home, using those responses to shape programs and policies. One survey from last year revealed that several individuals felt they’d be more productive if they had printers in their home offices. With that in mind, the next companywide email included guidelines for how to expense office supplies and equipment. Some managers also have surveyed their teams to get a better understanding of their attitudes toward various issues. For example, one person asked about whether employees liked holding virtual daily morning meetings or felt it was too much. The unanimous response was a thumbs-up for the daily meetings.

Fostering collaboration also requires ingenuity. Take Alfredo La Rosa, executive vice president of Intercontinental Wealth Advisors, who directs trading and research at the San Antonio firm, which has $1.5 billion in assets. He usually sits at a large trading desk with six or so other people, who frequently ask each other questions. To increase a spirit of collaboration while working remotely, La Rosa has taken to assigning a single task to two or more employees. “It helps them communicate more among themselves,” he says.

Keeping the whole operation working efficiently is another concern for advisors, with many taking a technology approach to streamline operations.

For Linda Leitz, president of five-employee Peace of Mind Financial Planning in Colorado Springs, Colo., working remotely has highlighted a need for more formal, automated processes to prevent tasks from falling between the cracks.

To that end, early on, she ramped up use of a contact management platform, regularly adding the work flow for different tasks into the system. During twice-a-week Zoom staff meetings, when a particular task comes up—say, noting client calls and the subsequent steps to take afterward—employees volunteer to add the processes into the software for future reference.

“We’re probably a more cohesive team than we were before,” she says.