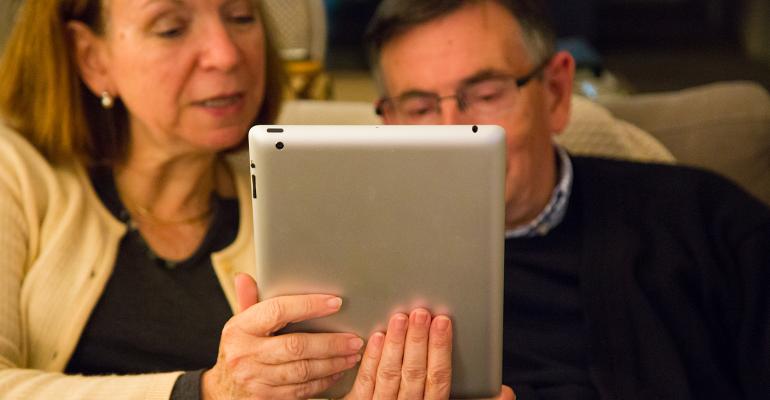 It’s hard to develop a strong personal bond with a prospect over videoconferencing.

New-business development in the time of coronavirus means making some big changes.

That’s especially true for those who have depended on in-person meetings and pressing the flesh—and even truer for advisors serving complex high-net-worth accounts, who usually require multiple sessions before signing on. It’s hard to develop a strong personal bond with a prospect over videoconferencing.

Still, reaching out to and cultivating prospects is a business necessity. So, advisors are stepping up digital outreach, as well as trying to coax more referrals from existing clients and professionals. The bottom line: In some cases, those efforts are a work in progress, with a way to go before advisors can determine how successful they’ll be, while others have had more immediate results.

The key strategy for some advisors lies in relationships with existing clients. Take Mark Clure, a principal with Petaluma, Calif.-based Enso Wealth Management, which has around $1 billion in assets. In March, aware that advisors frequently decrease their outreach during tough times, Clure decided to do the opposite, tripling the number of contacts over a three-month period. But in the process, he also steered those conversations to discussions of times he’d recently helped a client’s friend. “Ultimately, during these calls, they would ask me how I’m doing, and I’d use that as an opportunity to plant a seed,” he says. Plus, as usual, Clure offered to provide a free plan review to clients’ friends.

The tactic led to multiple referrals, including a prospect seeking help in selling a business and another trying to address a complex tax problem. The result has been 14 new clients since April, a number Clure characterizes as “unusually large.”

Clure takes a similar approach with estate planning attorneys and other centers of influence. But, instead of asking for referrals, he plays to their curiosity. For example, he’ll bring up an interesting case he’s working on—say, a complex portfolio or a client with a drug-addicted child. According to Clure, he’s had more referrals from estate planning attorneys this year than the previous 10 years combined.

Other advisors are betting on digital strategies. Ryan Hughes, founder of Bull Oak Capital in San Diego, which has $75 million in assets, decided to go big on search engine optimization (SEO), Google Search and other tech help. “My goal is, when someone searches for a financial advisor in San Diego, I’m on the first page,” he says. So, he redesigned his website to encourage prospects to seek more information, with a clear outline of his onboarding process: a 15-minute introductory phone call followed by an hour-and-a-half Zoom meeting involving a deeper dive into his approach. Anyone who signs up for that call is automatically added to the email list for his blog.

Similarly, Michael Landsberg increased his digital marketing budget in the spring, spending 30% to 40% more on Google ads and 50% more on Facebook. “We realized with nobody leaving their homes, they would be on their computers more,” says Landsberg, a principal with Landsberg Bennett Private Wealth Management, a Punta Gorda, Fla., firm with $780 million in assets. But he tweaks ads to emphasize issues likely to resonate in the current environment, like whether viewers haven’t heard from their advisors in a while or the benefits of hiring a professional fiduciary. According to Landsberg, over the past several months, he’s attracted $75 million of additional assets, most of that from new clients.

As a general rule, most advisors are seeing prospects virtually, even if the staff is back in the office. That’s required tweaking the usual meeting structure, like holding shorter discussions, the better to avoid Zoom fatigue. For his part, Hughes of Bull Oak Capital relies more than usual on a “humongous” whiteboard, which he uses as an audiovisual aid. It’s especially useful for exhibiting his “mind-mapping” method, which is heavily reliant on visual representation.

Landsberg, on the other hand, takes a different approach, depending on how he located the prospect. Those from referrals, he sees virtually. “They don’t need to come in and kick the tires,” he says. But he recently started seeing prospects who found him through online marketing, like Facebook ads, in person. The conference room, he says, seats 20, so there’s plenty of space for social distancing. “They sit at one end; we sit at the other,” he says.

For some advisors, the answer is looking beyond COVID-19. According to Timothy Wyman, a partner with the Center for Financial Planning in Southfield, Mich., a firm with about $1.3 billion in assets, leading indicators, such as new prospects, initial meetings and plan presentations, are 67% of what they were a year ago. But he’s forging ahead with completion of an “education room” for up to 60 people. With the office empty for months during sheltering-in-place orders, the company was able to go ahead with construction with a minimal amount of disruption. “When we can meet in person again, we want to immediately be in a position to host educational events that have generated significant business in the past,” he says.