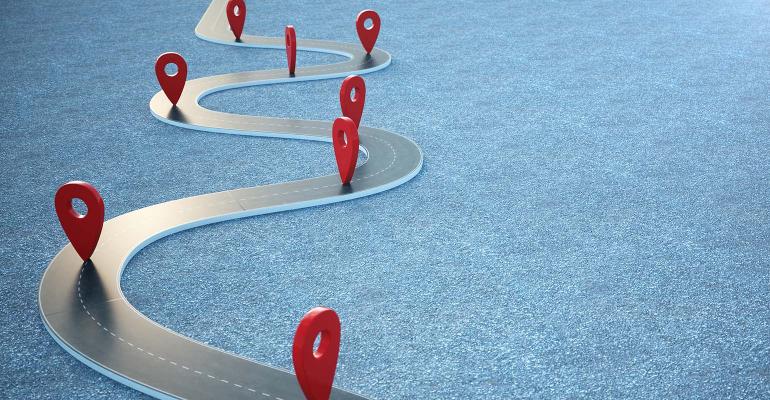 A new crop of programs at IBDs helps advisors find successors—keeping their clients, and assets, close to home.

The wealth management industry has long had a succession problem. Few advisors plan for their own retirement, and even fewer have a road map to step away from the business in a way that both monetizes the practice and provides continuity to their clients. Even worse is the lack of a plan in case of an advisors’ sudden death or impairment—the dreaded “hit by a bus” scenario.

A 2018 study by the Financial Planning Association and Janus Henderson Investors found that 73% of financial advisors don’t have a written succession plan in place; of those who are within five years of retirement, 60% lack a succession plan.

Yet the coronavirus pandemic may have been a wakeup call for many advisors to set their houses in order. The first quarter of 2021 saw a total 76 deals in the RIA M&A space, according to Echelon Partners, the most active period on record and nearly 62% higher than the average first quarters of 2017 to 2020. Echelon projects 255 deals for 2021, a 24% increase relative to 2020.

The increase was spurred in recent years by a cottage industry that cropped up to help advisors address the succession planning challenges. A host of firms offer valuation, matchmaking, negotiation, due diligence and financing services for advisors looking to sell, or buy, an independent practice.

Now, on the IBD side, these services are coming in house. Firms recognize the threat that a lack of succession planning poses to the assets that are sitting on their platforms and have built out programs that make the transition of an advisors’ business far easier, and likely more profitable, than it has traditionally been.

“It’s been a priority of ours for years to help advisors really understand the need for these agreements and strategies, so that they can protect and effectively transfer their businesses,” said Dan Mayes, senior vice president of succession planning and business acquisition at Cetera Financial Group. “One of the general shifts we’ve seen is that financial professionals are looking more into the future and planning for these kinds of things, as opposed to waking up one day, needing to figure it out that afternoon.”

Of course, these services also help keep client assets on the IBD’s platform even as their advisors retire or step away.

Cerulli Associates estimates that the number of advisors affiliated exclusively with an IBD—either as a registered rep, investment advisor rep or both—has declined at a compound annual growth rate of 1.9% from 2014 to 2019. Add in those advisors who are affiliated as registered reps of IBDs but investment advisor reps of outside RIAs, and head count declined at a CAGR of 0.7% over the same five-year period.

“The motivation for them creating (in-house succession programs) is they want to retain those assets inside their organization, and I think they’ve always needed to create some sort of transition opportunity to make that happen and help their existing advisors have a liquidity event,” said Scott Slater, M&A specialist and Fidelity Institutional vice president of practice management and consulting.

Earlier this year, LPL Financial went live with its M&A Solutions, a suite of services to help advisors navigate the steps involved in sourcing and closing acquisitions or mergers. LPL will finance the deals from its own balance sheet.

The firm shortened the time to complete deals from as long as nine months down to two or three, said Jeremy Holly, LPL senior vice president and head of Advisor Financial Solutions. Holly likens it to being an investment bank for their advisors.

“Most broker/dealers do financing through a couple of banks around the country that specialize in book purchase financing, but LPL, because of their scale, does the financing themselves, which can offer better pricing value than banks,” said Jonathan Henschen, president of the recruiting firm Henschen & Associates in Marine on St. Croix, Minn.

For sellers, LPL will line up a good list of vetted and prepared buyers, often securing prices 20% to 30% above market value, Holly said. And for buyers, LPL helps with a firm’s value proposition, valuations and access to opportunities.

When it comes to execution, there is the financing, as well as assistance with the more tedious tasks: A single point of contact, consultation on the deal structure, document management and the legal transition of ownership. Advisors can keep track of the process in real-time on the platform.

Commonwealth Financial Network also has a formalized a succession planning and M&A program. The firm provides valuation and deal structure templates and provides financing packages including loans, growth capital or a combination of the two.

Greasing the wheels for a retiring advisor’s succession plan turns out to be a good recruiting tool for younger advisors as well.

“We all are facing the same issues around the aging advisor dynamics in the industry and bridging the gap to bring younger people in or team folks up when it’s time for succession planning and retirement,” said Mark Contey, the senior vice president of business development for LaSalle St., which supports 325 advisors and $11 billion in total assets.

Contey says the loan program has generated a lot of interest at the recruiting level; the firm had about four potential recruits reach out in response to the announcement of the program.

“They’re looking to join us to maybe gain access to a retiring advisor on our platform over the next couple of years,” Contey said. “And they’re intrigued by the fact, and surprised to some extent, that the firm would get involved at that level, because maybe the firm they’re with right now doesn’t have that capability or refers it out to another third party. But I’ve seen, in the near term, more activity around this program in the recruiting space than I have with our existing reps.”

“It’s not a money grab,” he added. “It’s about keeping the relationship with the retiring advisor that’s been with us for 20 or 25 years who now wants to retire and hand that business off to a younger rep or advisor. And the firm is well capitalized enough that we could provide lending and provide a consultative approach, versus having to go to a bank for a small business loan, or one of these other providers like Live Oak Bank or something, that is going to also tack on a seven- or eight- or double-digit annual percentage rate.”

In addition to providing the loan, LaSalle St. will consult with a rep all the way through the deal process—everything from sourcing the opportunity to valuation to helping transition the book of business.

The pandemic has been a test of financial advisors’ business continuity plans. In fact, the Securities and Exchange Commission sees such a risk to clients in the event of an advisor becoming suddenly incapacitated that the regulator said succession plans, a soft requirement for RIAs, will be a focus of its examinations in 2021.

But a few broker/dealers have stepped in to provide a plan in the unlikely event of death or incapacity of an advisor.

Cetera Financial, for instance, rolled out its Legacy Builder Program in 2019, which includes a promise to buy an advisor’s book of business if no one else will.

Succession planning has long been a large part of Cetera’s business consulting; since 2015, the firm has facilitated about 400 acquisitions for advisors across its broker/dealers. The firm has also provided financing to make deals between practices happen.

Under the new program, every Cetera advisor has access to an online valuation tool, through a new partnership with Truelytics. That tool goes beyond just revenue multipliers of fees versus commissions. Advisors input their revenue, costs and client demographic information to get a discounted cash flow valuation for their business.

Another component of the program would require the advisor to enter into a formal agreement with Cetera to create a continuity plan in the case of an unplanned exit. The firm will partner them with another advisor, a “qualified buyer” so to speak, and then take that advisor through a practice management exercise to maximize the value of their business prior to that unplanned, triggering event. For instance, if an advisor doesn’t use a customer relationship management system, the firm may suggest they put one in place to ease the transferability of the business between two partners.

If the event happens and no buyer was identified—a rare occurrence—Cetera would step in and buy that book of business. The firm would stabilize the business and then look to resell it through another Cetera advisor.

“What we pride ourselves in, is that the advisor still has complete control over their business,” Mayes said. “They’re not succeeding or giving up control of their organization by joining our program. Instead, they take risk off the table and if a better opportunity presents itself, they can always exit the program, and we’ll help them put that agreement in place from another advisor, if that’s a better solution for them.”

LPL launched its Assurance Plan last summer, which works as a sort of stopgap in lieu of a formalized plan, ensuring that client assets will be protected even if a principal dies.

“We have a lot of small business owners that may not have a known succession partner; that’s a big gap,” LPL’s Holly said. “A lot of advisors want to continue working and don’t want to think about retirement; they think they’re going to do this as long as they possibly can.”

LPL’s Assurance Plan attempts to address these challenges, including guaranteed payments to beneficiaries from LPL. The broker/dealer will also work with the remaining staff and try to find buyers for the firm in LPL’s network.

“I think if a client gets wind of an advisor passing, if there isn’t a plan in place for someone else to take over, whether internally within your firm or via another arrangement, the client is left to flounder to figure it out themselves,” said Bobbie Bascombe, CEO of Authentic Wealth Partners in Manassas, Va., who participated in the program’s pilot.

“Whether on this side of the grave or the other, we never want to leave our clients floundering.”