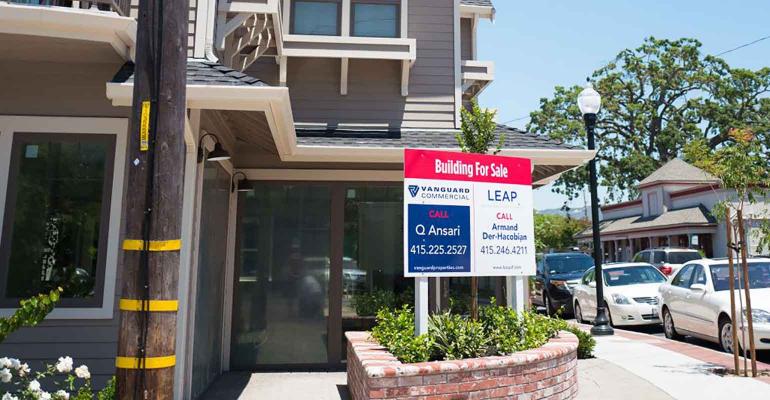 Grab Good Digs While You Can

For Morgan Stone, the pandemic has had a definite upside, in the form of better real estate prices and more flexible terms. In February, Stone, president of Stone Wealth Management, an Austin, Texas, firm with about $280 million in assets, moved into a 4,000-square-foot building that he purchased in late 2020, more than double the size of his previous space. Monthly payments for his new property are about the same as the rent he used to pay, according to Stone. “In this environment, I had the upper hand in negotiations,” he says.

Stone is one of many advisors, and businesses in general, making the most of the pandemic-affected commercial real estate market. With fewer buyers for commercial properties, they’re finding an embarrassment of riches. Consider the numbers: Asking rates across 10 major markets dropped an average of 0.8% in the second quarter of 2021, while effective rents also declined, according to Colliers. While the pace of decreasing occupancy slowed somewhat, net absorption across those 10 markets was still a combined negative 9.1 million square feet. With that in mind, advisors are moving into larger office spaces, while others are purchasing properties, sometimes becoming landlords themselves.

These advisors figure that, even if they continue some remote work, they still plan to come into the office most of the time. So why not lock in better terms now, while the going is good? “I felt the pandemic would be short. term, and if I waited until things got back to a normal level, I’d lose my opportunity,” says Stone, whose six employees now work in the office 60% of the time. “There’s always going to be a need for offices.”

Some advisors are taking the opportunity to think big. When he noticed the surfeit of for-lease and for-sale signs around his town of Middleton, Mass., last year, James DesRocher drove around the area and made a list of about 30 sites he thought he’d like to buy. After about two months, DesRocher, who heads TrueView Financial, a firm with about $60 million in assets, found someone interested in selling a 20,000-square-foot building. Last October, he negotiated a deal to move into a 4,000-square-foot unit as a renter. Then, over the course of the next year, he would make renovations and work out the sale of the entire property. Other tenants include a family-owned hot tub business, Subway franchise and warehouse space. He plans to close on the $2.7 million deal by the end of the year.

Discounts on rent or selling price aren’t the only break advisors are getting. They’re also arranging for more-flexible terms, with stipulations like the ability to exit leases at specified times or phased occupancy allowing them to move into a larger space than they need over time, while paying for the space they’re currently in. Some landlords are even agreeing to foot much of the bill for renovations and construction.

In January, Gary Schwartz negotiated a 10-year lease with in White Plains, N.Y., moving from a 3,000-square-foot space to 4,000-square-foot digs in a nicer building next door. One motivation, according to Schwartz, whose firm, Madison Planning, has about $470 million in assets, was that the office, in his words, was, “a little dated.” He’d recently sold part of the business to his two sons and another advisor and they wanted a renovated, modernized office space. The upshot: The landlord, according to Schwartz, paid for about 40% of the build-out.

In some cases, landlords who lost tenants during the pandemic pointed out potential new arrangements to advisors. According to Schwartz, he first learned about his new space when he stopped in at the rental office late last year to ask a question. That’s when his landlord mentioned that new space was opening up in the building next door. “He really had an incentive to keep us,” says Schwartz, who had been in his old office for more than 10 years. “He knows I pay my rent on time.”

Finding room able to accommodate growth was a common motivation among advisors. Stone, for example, expects to make several acquisitions in the near future. Another case in point: John Oliver, whose Agile Wealth Partners in Brighton, Mich., has about $20 million in assets, founded his firm about two years ago. Pre-pandemic, he and his partner shared a 1,400-square-foot office space with another advisor. But Oliver reasoned that arrangement wouldn’t be sufficiently large enough to meet the firm’s needs as it expanded, as he anticipated it would.

He worked with a realtor and ended up finding a 3,300-square-foot office space at about a 30% discount that the landlord hadn’t expected to lease for 12- to 24 months. He moved in last November.

He’s also finding uses for the extra space he’s not currently working in, employing it as a way of strengthening his network of contacts. For example, he lets CPAs, attorneys and other service providers use spare desks and space and will step that up as clients feel more comfortable about meeting inside, in person. Eventually, he plans to use about 800 square feet of office space to hold client and networking events. “We’re looking ahead,” he says.