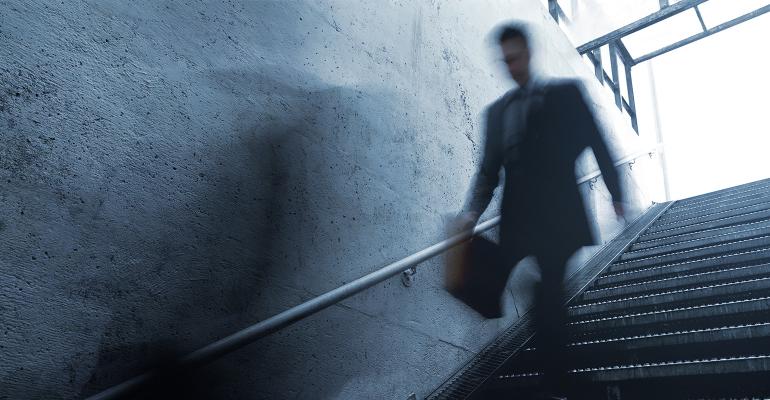 The lines between stockbrokers and RIAs are beginning to blur.

The WealthManagement magazine you hold here was born out of the old Registered Rep. magazine. The audience for the first 20 years was stockbrokers—anyone who held a Series 7 license from FINRA to buy and sell securities.

Yet the transactional nature of the brokerage industry was not where retail financial services were headed. The total number of FINRA-Registered Reps has been falling for years. On the flip side, the Registered Investment Advisory space is on the ascendance. I could track down the statistics, but you all know the story.

That landscape leads to a lot of “either-or” narratives in the media, among pundits and by self-appointed industry gadflies taking potshots on social media; the easy story is that any firm with brokerage activity in its business model is doing the devil’s work, while pure-play registered investment advisors all wear halos and fly on the wings of angels.

That’s always been a complicated narrative because most advisors are dually registered, and there are plenty of circumstances when charging a commission is better for the client than an ongoing advisory fee, particularly when the ongoing “advice” is a perfunctory quarterly communication. But there are signs that RIAs—particularly small practices—shouldn’t be declaring victory yet. The future is likely to be much more complex—not because the trend towards fee-based fiduciary advice will abate, but the players providing it might turn out to be the devils that many RIAs seek to distance themselves from.

Wells Fargo, for all its recent problems, has started to bring advisors into its new RIA-support business channel. It remains to be seen how successful that will be, but from what we know so far, is there really a big difference between what that firm is doing as an RIA-support platform and what a Dynasty or a Focus Financial is meant to do? And even with myriad fines and punishments to contend with, Wells Fargo has substantially deeper pockets than many to play out that trend—if there is a market for it.

Commonwealth Financial Network, an independent broker/dealer (and RIA), has also taken steps to let their advisors transition to a fee-only business (some may still sell insurance, but that leads to a debate over nomenclature for another time) and to fully embrace the fiduciary label, while still using Commonwealth’s best-in-class technology platform, compliance support and other back office tools. Is there a difference then between Commonwealth and any of the back-office platforms that grew up in the RIA space? Or Northwestern Mutual, whose acquisition of financial planning tool LearnVest was seen as a big corporate folly—until the firm’s reps used the program to create 30,000 financial plans for clients in the last three months of 2018 alone.

The lines are beginning to blur. The old players getting into the advice side of the business have lots of money and room to scale—it’s naive to think they’ll stand still as the puck moves away. RIAs won’t much longer be able to simply market themselves as “not those guys.” They’ll have to show that what they do for clients is different from what everyone else is offering—regardless of which side of the line the competitors come from.