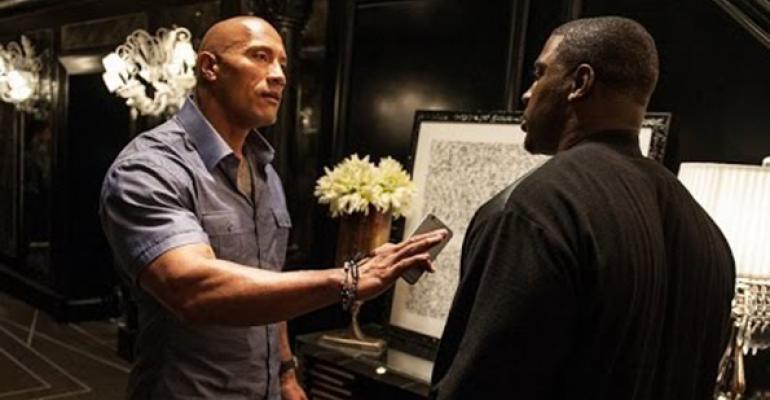 This week’s episode of HBO’s Ballers serves as an extreme example of how not to handle client relations and the dangers of failing to maintain professionalism. (Warning, spoilers ahead.)

Most advisors have to fire a client at some point in their careers. But because it’s HBO, Dwayne “The Rock” Johnson’s Spencer Strassmore cuts ties with a client in a spectacular fashion in the fourth episode of Ballers. Strassmore’s relationship with Vernon Littelfield (Donovan W. Carter), hits the rocks over the defensive tackle’s contract re-negotiations with the Dallas Cowboys.

Littelfield opts to hold out for more money as a free agent rather than take the $71 million deal his agent Jason Antolotti (Troy Garity) negotiated—siding with his friend Reggie (London Brown) over Strassmore.

“Friends and family members often try to hijack negotiations, but involving them in the negotiations is asking for trouble,” says Noah Croom, legal counsel for Goodwin Sports Management. “The reality in this day and age is that negotiations are far too complicated with salary cap and luxury tax issues for a novice to understand.”

But if your client doesn’t listen to your advice, it’s probably time for some serious measures, such as cutting ties. Strassmore takes this route. “When you realize, Vernon, this has been the mistake of a lifetime, don’t come running back to me,” Strassmore tells Littelfield. After Strassmore gets the $300,000 back that he loaned Littelfield, he's done with the football player.

When an advisor tells off a client, he should be prepared for the consequences, says Tom Reynolds, co-founder of CRA Financial and advisor to a number of MLB, NHL and NFL players. Reynolds says he has done this in the past. “I have and was fired for getting between a client and his second (new) wife regarding investments,” he says. “Never go in between spouses…you will lose.”

But telling a client off may not always be a bad thing, says Erik D. Averill, a former professional baseball player and an advisor with Scottsdale, Ariz.-based Athlete Wealth Management Group, which works with 125 athletes across the MLB, NFL, and NBA.

“Spencer’s candid conversation with Vernon was a display of speaking truth regardless of the consequences. If keeping the relationship is more important than speaking truth you are not fulfilling your job as a fiduciary,” Averill says, adding there have been multiple times with different clients where the conversation has turned heated.

The key, however, is for advisors to maintain their professionalism, something Strassmore fails to do. “One of my NBA mentors told me in the past: ‘Be a Pro's Pro.’  This means to always stay professional and adhere to high standards,” says Palash Islam, owner of California-based Synergy Financial Group and an advisor to several professional athletes.

The incident highlights the fine line between friend and professional that financial advisors and agents must tiptoe around when working with athletes. “It is a mistake for a financial advisor to have anything but a business relationship with an athlete client. It’s hard to preach austerity when you are socializing with your clients on a yacht,” Croom adds.

As a financial advisor, Islam agrees there has to be an arms-length relationship to socializing.

“My job is to empower good financial decisions and provide guidance," Islam says. "I learned the delicate balance prior to being an advisor when I was with the Seattle SuperSonics. Even though I was the same age as many players, I kept it professional by not 'hanging out' inappropriately.”

And it also means sticking with what you know. In the show, Strassmore inserts himself into the contract negotiations with Littelfield, something Averill says is the exception to the rule. “If you as an advisor have a close relationship with the agent, you will be aware of the negotiations, but rarely do agents look for a financial advisor’s input,” he says.

Islam says that while he and Croom work together and share a client, their roles don’t overlap that much. “I would say that I steer clear of him doing his work. And he steers clear of my work. It's a healthy respect with the clients success driving our decisions.”

“I would never have a financial advisor take part in a negotiation," Croom says. "Of course, I would not have a friend/family member partake either. If there are particular issues - like tax issues - I may consult them, but having them play an active role in the negotiation can only muddy the waters."