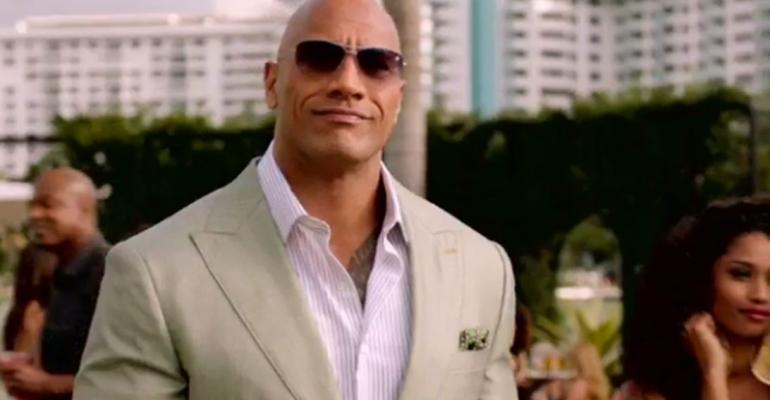 Ballers Episode 1: Breaking Down the Truths and Myths

"Game of Thrones" may have dragons, but HBO's new show "Ballers" sells its own brand of fiction. (Warning, spoilers ahead.)

Premiering on HBO on Sunday, "Ballers" is a blend of "Jerry McGuire" and "Entourage" to portray the salacious, and, at times reckless, lifestyles of professional athletes and their business and financial managers. The show takes some creative license, although surprisingly it’s not with the more dramatic aspects of the pilot episode that included a mistress killing her football-playing boyfriend in a fiery car crash.

In the pilot episode Dwayne “The Rock” Johnson is introduced as Spencer Strassmore, a retired NFL player who is trying to drum up business as a financial manager for current and former athletes.

”There is a delicate balance of providing guidance and dealing with all the noise,” said Palash S. Islam, owner of California-based Synergy Financial Group and an advisor to several professional athletes. “I don't buy The Rock being a top agent and having all these relationships already. It’s rare for a player to become an agent and get the best clients. It almost never happens."

The show also took some creative license with the relationships between advisors and athletes, says Tom Reynolds, co-founder of CRA Financial and advisor to a number of MLB, NHL and NFL players. “Let’s get real! I do not ‘hang out’ with the athletes and although they respect me, I am not considered a ‘friend’ in the sense that they call their college teammates.”

Nor has Reynolds partied with his clients. “I have never been to a club with an athlete client, which is in sharp contrast to the shenanigans depicted in last nights’ episode. But I have played golf one-on-one and sat with the parents at NFL games, both of which I find to be very beneficial to cultivating and deepening the relationship,” he says.

But in one of its more accurate moments, a player asks Strassmore for a loan, a situation Islam says happens frequently. “You should see the text messages I get. I lose players to other agents and advisors because I won't give them a loan,” he said, after watching the show. Loans are given out with hopes of landing players as clients, said Bobby Jones, a former NBA player who now plays for Italy's professional basketball league.

“Most financial advisors start the relationship with players with a loan based on projected earnings, then manage assets...so they are making money on the loan and the assets under management,” Islam said. “It’s brutally inefficient.”

On the athlete side, there’s a lot of truth in the premise of the show; young players and their journey in life and financial management, said Gary Kloppenburg, who is currently serving as an assistant coach for the Indiana Fever, a WNBA team.

“I've known NBA players that live the fast life and make a lot of money but have family or an entourage that are there and that they feel obliged to take care of and when the career winds down, they haven't prepared themselves financially for life after basketball,” Kloppenburg said.

Perhaps the most realistic portion of the pilot was Omar Benson Miller’s portrayal of Charles Greane, a former Tampa Bay Buccaneers offensive lineman. Greane is retired and on the hunt for a job, which he finds at the end of episode at an area Chevrolet dealer. “The player that is now a car salesman is probably based in reality,” Kloppenburg said.

The athletes' reckless behavior with money was on point as well, Jones said. “It's outside the box because it’s the pilot episode they had to try to catch everything up, more or less,” he says, but adds that the show was informative for people who haven't seen or lived the professional athlete lifestyle.

“Reality sets in and they realize a pro sports career is really short-lived, especially for those guys that aren't top stars,” Kloppenburg said.