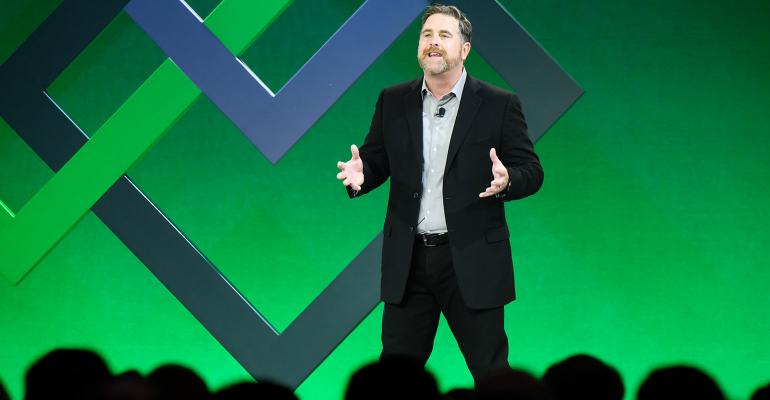 Despite some curveballs from competitors and politicians, TD Ameritrade Institutional head Tom Nally assured RIAs gathered at the firm’s national conference that they are winning the hearts and minds of retail investors, and his company has the tools to help them continue the fight.

Tom Nally, the head of TD Ameritrade Institutional, kicked off the custodian firm’s national conference in San Diego with an appeal to the 2,000 advisors present: Don’t get complacent.

Events of the day underscored his point: The conference kicked off just as rival Charles Schwab, the largest custodian for independent investment advisors, announced they were slashing commissions on trades 22 percent to $6.95, signaling a price war between the online brokerage and custodial firms and sending TD Ameritrade’s stock down 12 percent the next day.

Related: The Other Regulatory Changes Coming For Advisors

On the second day of the conference, president Donald Trump ordered the Department of Labor to perform an economic and legal review of its pending fiduciary rule, slated to go into effect April 10. Most notably, the president told the DOL to delay the rule if it needed time to accomplish that goal, a signal most observers conclude will lead to a delay and possible repeal.

Despite the curveballs, Nally’s message for the 2,000 advisors attending the conference was clear: RIAs are the fastest growing business channel in the industry, boosted by a “cultural shift” away from the “conflicted” compensation structures that bedevil the brokerage business, much of that driven by a growing public awareness around the fiduciary standard and the different compensation models between advisors and brokers.

With that greater public scrutiny around fees and services, he said, clients are more likely to focus on how much they are paying their investment advisor and what they are getting in return. Too often, he said, that’s merely providing investment portfolios. Firms that charge clients a percentage of their assets under management in return for that are in danger of seeing those clients turn away.

Many RIAs, he said, are taking advantage of the trend to highlight their business model to clients; Nally pointed to a recent TD Ameritrade Institutional advisor survey which showed that 17 percent of RIAs plan to spend more on marketing than any other business channel in the coming year.

To help advisors make that switch to a more client-focused practice, TD Ameritrade Institutional announced during the conference some continued improvements to many of the new offerings for advisors, particularly enhancements to the firm’s advisor platform Veo.

That includes VEO One, a version of VEO that brings 14 of the more widely used technology providers, including eMoney, Morningstar, Salesforce, Laserfiche, Black Diamond, Junxure and others, directly into TD Ameritrade Institutional’s platform. That gives advisors a single point of sign on and automates notifications between all of the vendors for, the custodian says, a more “seamless” workflow experience.

Veo One Analytics is another upgrade to the Veo platform that brings all of the benchmarking data from the recently acquired research firm, FA Insights, into an interactive portal of business diagnostic and benchmarking tools. That’s designed to give advisors quick and easy access to metrics around their particular practice, including client demographics and behavior, client profitability, and how those metrics compare to other advisory firms of similar size.

TD Ameritrade Insitutional also announced they were bringing a suite of model portfolios to their iRebal rebalancing software. The Institutional Model Market Center will let RIAs put their own portfolios into iRebal, or pull from a “supermarket” of third-party model portfolios while still retaining trading discretion over the accounts. The company didn’t reveal the list of model portfolios that will be brought onto the platform or pricing, only saying it will be cheaper than traditional outsourced money managers.