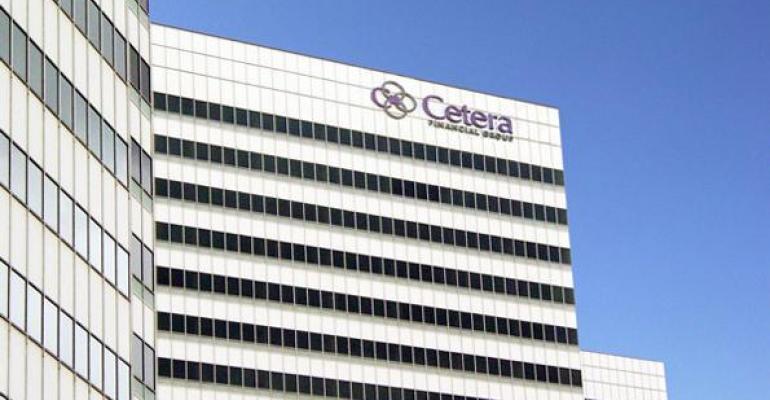 The firm, led by President Marshall Leeds, is the latest in the network to shut down as an IBD and join Cetera Advisor Networks as a super OSJ.

Summit Brokerage, a Boca Raton, Fla.-based independent broker/dealer that was acquired by Cetera Financial Group’s previous parent company, RCS Capital, in 2013, will shutter its b/d and roll up into Cetera Advisor Networks as an office of supervisory jurisdiction, or “region,” as Cetera calls them.

It becomes the latest in a string of similar moves by smaller IBDs, challenged with increasing regulatory costs and burdened with lagging technology or advisor-support programs. Summit, with its 450 advisors and $17.5 billion in client assets, was already owned by Cetera's corporate parent but until now was operationally independent.

It’s also one of the last holdouts to be rolled up into a Cetera-branded firm. (First Allied, another Cetera-owned b/d, still operates independently.) Girard Securities made a similar move two years ago, joining Cetera Advisor Networks as an OSJ as well. VSR, J.P. Turner and Investors Capital, which also were acquired by RCS Capital prior to its bankruptcy, were also rolled up into Cetera firms.

Summit was founded in 1993. Marshall Leeds, a former advisor and current president of Summit, joined the firm in 2002. Prior to joining, he founded JW Genesis Financial Corp., which was acquired by Wachovia in 2001 to become its independent arm.

Leeds will continue to serve as president of the firm, as well as regional director of the Summit region, reporting to Tom Taylor, head of Cetera Advisor Networks. The firm’s management team will stay intact, as will its Boca Raton headquarters. The firm said there will be minimal repapering of client accounts.

“We regularly evaluate strategy, but the analysis on First Allied is currently very different than that of Summit," he said. "It is important to understand that the decision to merge Summit was driven by Marshall’s desire to move away from being the day-to-day operator of a broker-dealer."

“Removing the operational and regulatory challenges of operating a broker/dealer will allow the Summit region to be fully focused on enhancing the advisor experience, elevating our award-winning service model and recruiting new advisors,” Leeds said.

Just this week, the Financial Industry Regulatory Authority ordered Summit to pay $880,000 in fines and restitution. The regulator claims the b/d failed to review warnings about a representative who was making an excessive number of trades and boosting commission fees in the process. The broker, named only as “CJ” in the action, had been barred in a separate FINRA action.

Summit has been highly rated in past years for advisor satisfaction, according to WealthManagement.com’s Independent Broker/Dealer Report Card.

Cetera has undergone a lot of changes in the past year. Last summer, private equity firm Genstar Capital acquired a majority stake in the firm and installed a new board of directors.

Earlier this year, CEO Robert Moore stepped down from the top spot at Cetera, citing a health-related condition. More recently, the firm’s head of business development in charge of growth initiatives, Michael Murray, who left LPL last May, was lifted out of Chief Marketing Officer Michael Zuna’s group and is now reporting directly to President Adam Antoniades.