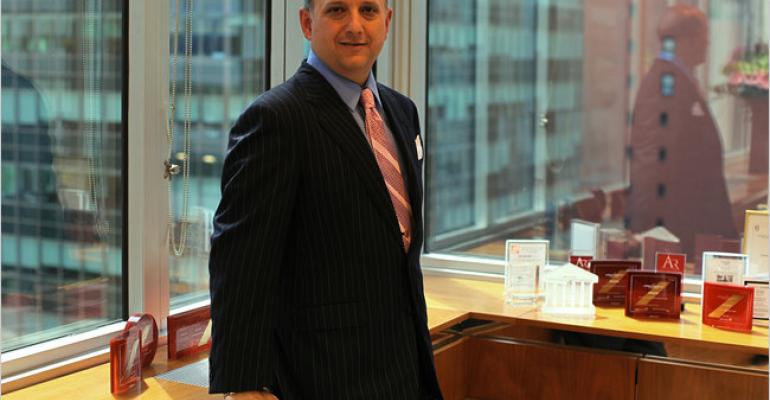 Did Schorsch Overpay for Cetera?

Nicholas Schorsch, head of RCS Capital Corp. (RCAP), announced Thursday that he was buying Cetera Financial from private equity firm Lightyear Capital for about one times Cetera’s trailing 12-month revenue. In the IBD space, that's a steep multiple. Because of their small profit margins, independent broker/dealers tend to sell for 30 to 40 percent of their trailing 12-month revenue, said Jonathan Henschen, president of recruiting firm Henschen & Associates.

Schorsch bought the firm for $1.15 billion in cash; Cetera’s estimated 2013 revenue was $1.14 billion, RCAP said on an investor call this morning. The transaction was all cash, making the deal even more attractive to Lightyear Capital, run by Don Marron, who orchestrated the merger of UBS and Paine Webber, where he was CEO.

To make the deal happen, RCAP is getting $725 million of committed debt financing from Barclays and Bank of America Merrill Lynch and $370 million from Luxor Capital. Another $10 million in cash will come from RCAP’s partners, and $104 million is from the firm’s cash on hand.

Why did Lightyear sell? “Money,” is Larry Papike’s guess, president and founder of recruiting firm Cross-Search in Jamul, Calif.

According to a November 2009 story about Lightyear’s acquisition of the Cetera b/ds from ING, he paid less than 50 percent of revenue, a source familiar with the deal told WealthManagement.com. If so, the valuation for the firms doubled in four years.

Henschen said it was rumored that Lightyear’s goal was to eventually take Cetera public. “It just goes to show if you’re offered enough money, you’re willing to change your plans.”

“I’ve been in this industry for 35 years,” Papike said. “Never have I seen anything like this. A year ago, if you didn’t sell non-traded REITs, nobody had ever heard this man’s name. Now, he’s the second or third largest player in the independent contractor space today.”

RCAP includes the wholesale broker/dealer that distributes the non-traded REITs of American Realty Capital, which Schorsch co-founded. Some have questioned whether the b/ds are a way for Schorsch to build shelf space for his alternative investments business; Schorsch says that is not the goal.

“It’s an assurance of distribution,” Henschen said. “The other firms that they don’t own, well you hope that they’ll offer your product but you don’t know. Kind of the same motive as the insurance b/ds.”

Many insurance companies got into the b/d business as a way to distribute their insurance products, but that rationale has yielded diminishing returns over the past decade. As a result, many have been shedding those businesses.

“This is parallel to the Pacific Life, AIG, and Jackson National Life strategy of years gone whereby they acquired IBDs with the idea that they provided at least a little shelf space for their insurance/annuity products,” said Chip Roame, managing principal of Tiburon Strategic Advisors.

Cetera's purchase marks the fourth b/d acquisition Schorsch has completed in the past year, starting with First Allied in June. He also bought Summit Brokerage Services and Investors Capital Holdings later in 2013.

Check out all of Schorsch’s acquisitions in the past year

With Cetera, RCAP now includes about 8,900 independent financial advisors serving over 2.5 million investors with over $190 billion in assets.