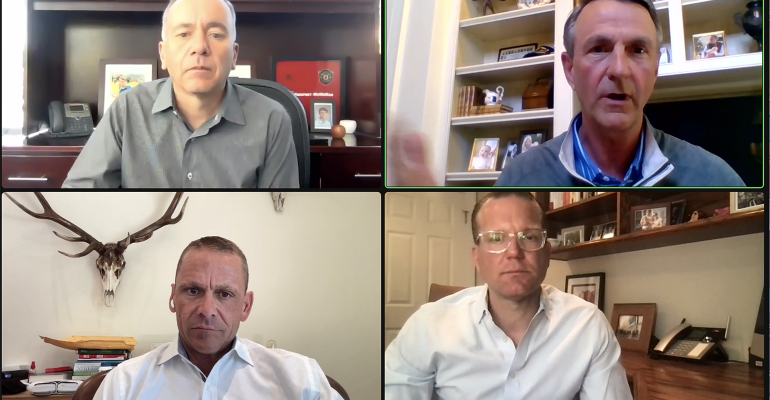 Valuations for RIA firms are flattening, but the war for talent is on the rise, say two of the largest RIAs in a virtual discussion with consultant Advisor Growth Strategies.

Valuations for registered investment advisory firms have reached all-time highs in the past couple of years, but one M&A consultant and two seasoned RIA acquirers say prices may finally be topping out.

“I believe valuations have topped,” said John Furey, managing partner at Advisor Growth Strategies, a management consulting firm, during a webinar. “Based on the bids we’re seeing now, they’re equal or less to what they were last year.”

Rush Benton, senior director for strategic growth at Captrust, said the flattening of the rise in valuations would be a benefit for some, allowing firms to digest what they've swallowed, and firms with scale and size will be the dominant players and command premium valuations going forward.

“Ultimately, there’s going to be a gap between those that have that and those that do not,” he said.

“Twelve percent growth in the median adjusted EBITDA multiple was the lowest growth rate that we’ve tracked in the four reports,” Kawal said. “What that really means and what that sets up is a renewed interest in premium qualities to drive valuations.”

“The struggle for next-generation talent is everywhere,” Kawal said. “There’s a lot of evidence of a tight labor market, upward wage pressure. Some of the more scaled platforms in this space have a much more efficient way of addressing talent and engaging talent, and I think a lot of RIA owners are trying to figure out, ‘Do I join that? Or do I look elsewhere for it?’”

But Furey said the lofty valuations in the space are making it more difficult for RIAs to achieve internal transactions and get equity in the hands of the next generation. That’s despite the fact that more financing options are available, and there’s less perceived risk in such a transaction.

“The external valuation dynamic is perpetuating an inability to transition equity internally, which, frankly, I think is a big problem,” he said. “With all due respect to Marty and Rush, some firms do not want to be sold. They want to carry on.”

Benton pointed out that some small RIA firms are so eager for next-gen participation, they allow the younger advisors to have decision-making input in M&A transactions—which is a problem, in his eyes.

“You have a business that’s worth a lot of money, but you literally cede control of the decision to your next generation, who doesn’t control the business, out of loyalty to them,” Benton said. “As a business owner, I can tell you Captrust—we would not do that.”

The decision should lie, he argues, with the owners of the firm.

“As I sit at the table thinking about what we’re trying to accomplish as a firm, that is the number one objective. Whether it’s through recruiting, acquisition or traditional means—training and development—we’re on a quest to bring talent into the organization,” he said. “We’re looking for organizations that have done a good job attracting and building next-generation advisors, next-generation talent across the organization.”

With its scale, Mariner can bring better tools to those individuals and more options for their clients, Bicknell said.

But once you acquire talent, firms need a mechanism in place to get next gen to stick around, said Mark Bruno, managing director of wealth management at Informa, who moderated the virtual panel.

“We will continue on an annual basis to add that next-gen talent to the cap table, based on things like being a good corporate citizen, doing the right things for the client, for the people inside the organization, being growth-minded, taking on initiatives and helping the organization grow,” Bicknell said. “From our perspective, the more the better.”

Captrust has long had an equity program available to every employee, as well as new firms that come into the fold.

“When we do an acquisition, we do want the seller to take some equity in Captrust,” Benton said. “We want to share that value with people.”