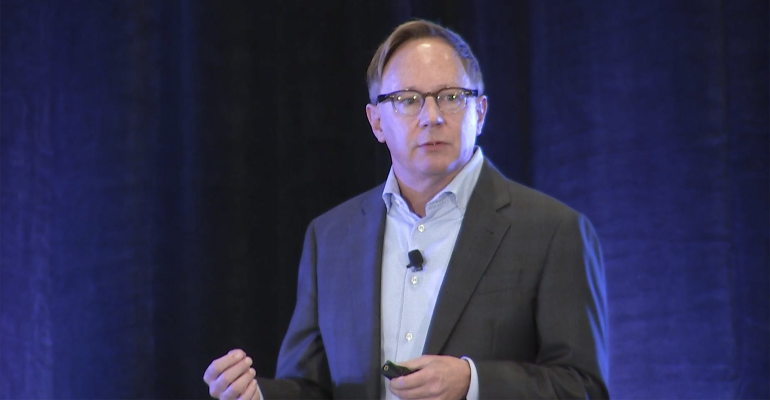 For the right firm, the high price tags are appropriate given the growth trajectories. 'If you can acquire a firm and increase the profitability and make them grow faster, you can pay more,' said David DeVoe, speaking at the DeVoe & Co. 2021 M&A+ Succession Summit.

Valuations for registered investment advisory firms are at all-time highs, up 15–-25% from a few years ago, according to speakers at DeVoe & Company’s 2021 M&A+ Succession Summit.

But David DeVoe, founder and CEO of DeVoe & Company, said it's not an unhealthy level, given that many serial acquirers paying the high price tags can help these firms grow at a faster rate after they’ve acquired them.

The last peak in RIA valuations was in 2008, but DeVoe says those were too high for the time, approaching bubble territory. This time is different, for the right firm, the record high valuations are justifiable, he said. But they don't apply across the board.

“If I have one buyer who has created this mousetrap and I’m next door and I haven’t, they join my organization and I don’t have a magic wand to make them grow faster or make them more profitable. I can’t or shouldn’t pay that amount,” DeVoe said.

But he doesn’t see a lot of upward space to yield a return on double-digit multiples of cash flow.

“We’re probably closer to the ceiling than we were two years ago, but we’re constantly surprised,” DeVoe said, speaking at the summit.

“The high valuations that are occurring right now are unprecedented,” said David Barton, vice chairman and M&A leader at Mercer Advisors, speaking on a panel of acquirers. “They’re not just a little bit higher than even 2020; they’re substantially higher.”

Those attractive valuations are drawing a lot of would-be sellers into the market. Many advisors also see that the 12-year-plus bull market is getting long in the tooth.

“People are concerned that there’s going to be a pullback,” Barton said. “If there’s a pullback, then those valuations recede. And they want to take advantage and strike when the iron’s hot.”

In addition, Barton says advisors are now much more educated on the value and benefits of scale.

“Most firms aren’t growing, ex-market,” he said. “They want to join firms that can help them grow, and they know that rising tide floats all boats for their staff.”

About 48% of RIAs said they participate in M&A to expand services or capabilities, while 47% participate to extend or leverage infrastructure.

“As an acquirer, this could be an opportunity. Because these organizations are coming up against key decisions about ‘Do I build it? Do I buy it? Do I partner with it?’ These expanded services are a driving force behind that,” she said.