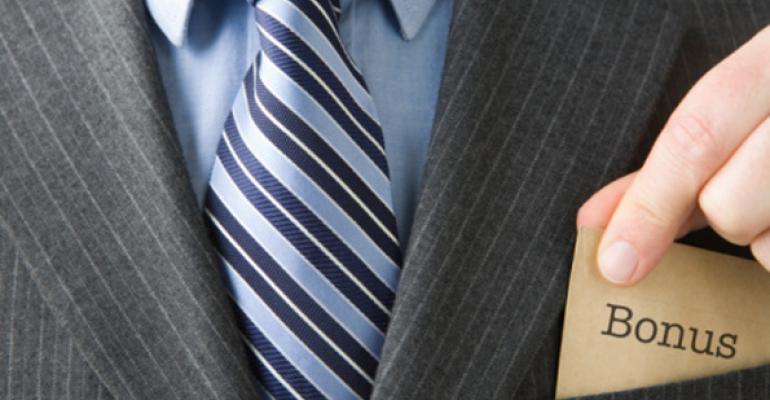 Soaring equity markets gave a boost to advisors’ compensation and benefits this year, with advisors’ average score of their firms rising to 8.8 from 8.7 last year. Summit Brokerage Services, Securities Service Network and VSR Financial Services got the highest scores in the category.

But as payouts in the IBD space have steadily risen toward 90 percent, this has challenged many firms—particularly small ones—that struggle with increasing costs, says Philip Palaveev, CEO of The Ensemble Practice LLC. The typical expenses of a broker/dealer are somewhere between 12 to 18 percent, depending on size, so the payout grid doesn’t leave much to operate the business.

Many b/ds offer their reps special perks and incentives beyond payout. About 72 percent of advisors said their firm provides top-producer reward trips. Twenty-seven percent of advisors receive deferred compensation, and nearly 24 percent get a signing bonus. Some incentives were less traditional, according to the open-answer field in the survey. Several advisors said their firm gave them an iPad. Some said the firm supplied them with video conferencing technology. Other incentives included hockey tickets and tuition reimbursement. One advisor, taking a broad definition of “incentive,” noted his firm gave him plenty of “aggravation.” Perhaps it was meant as an incentive to look for another IBD? 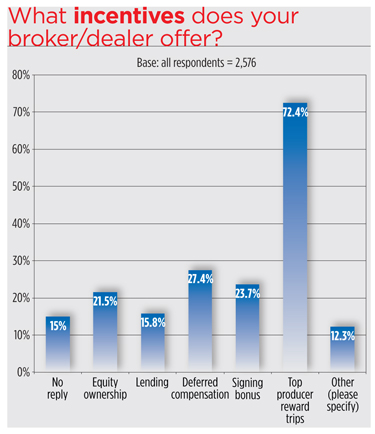 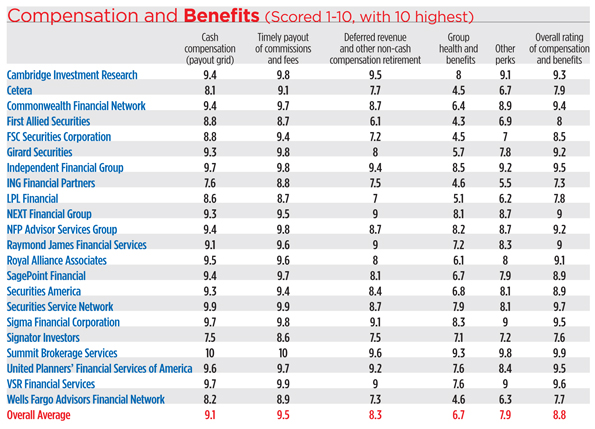