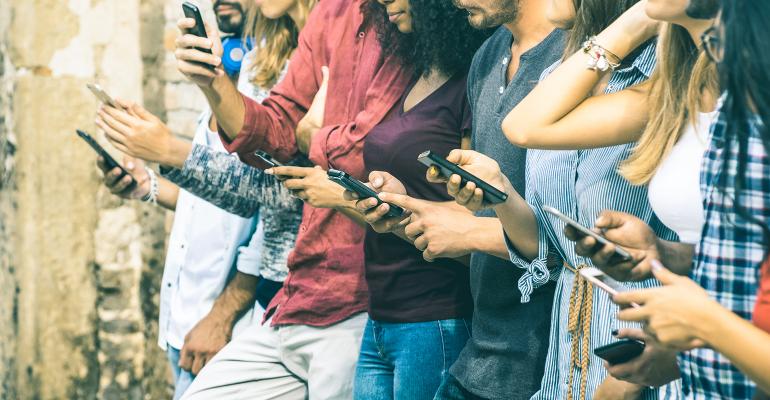 The wealth management Industry has a lot of work to do to reach the next generation of investors, Riskalyze adds to its C-suite and the first hedged single-stock ETF launches.

Envestnet this week published some findings from what it is calling its first national study entitled "The Intelligent Financial Life: The Unexpected Intersection Between Technology, Clarity, and the Human Connection."

It was put together in partnership with The Center for Generational Kinetics and conducted online from mid-December of last year through mid-January 2022.

Some 2,158 U.S. participants were surveyed, ages 25–65, and that population included 1,038 members of the general population, as well as another 1,120 with an annual household income or household net worth of $100,000 or more. (The sample was weighted to the 2020 U.S. Census for age, gender, geography and ethnicity.)

Its findings ranged from the predictable and obvious to startling and depressing.

Having covered advisortech and fintech for 14 years, I was shocked to find that only 21% of younger millennials (ages 25–35) and a mere 17% of older millennials (36–44) reported “using an online platform or app for managing and tracking their short-term finances,” according to the survey findings.

It was no better for the same demographic slices when it came to their long-term finances: only 21% and 16%, respectively, were using a platform or app.

While the numbers were surprisingly low, they were significantly ahead of Generation X and far ahead of the baby boomers, which were still in single digits.

The risk-centric wealth management platform provider Riskalyze announced it had brought on two new high-level hires and moved a veteran employee into another leadership role.

Craig Clark, most recently the CMO of PDFTron Systems Inc., joins Riskalyze as the firm’s first chief marketing officer. Josh Gray will be the firm’s chief technology officer, having left the same role at Apex Clearing. And finally, Justin Boatman, a Riskalyze veteran, has been named chief product officer, a newly created role.

This follows the company’s recapitalization by new equity investor Hg Capital in the fall of 2021 and the hiring of Shari Hensrud, PhD, as its vice president of risk and analytics, and the appointment of Tricia Rothschild to the board of directors in early 2022.

The rationale is to provide a risk-managed approach to investing in Tesla, “which has been one of the most popular and best performing large-cap stocks in the market, but also one of the most volatile,” according to the announcement.

In a nutshell, the ETF’s strategy will seek to solve for the large historical drawdowns in shares of the electric vehicle leader, offering potentially substantial upside exposure (average estimated cap being 8.7%) to Tesla during periods when the stock rises while attempting to limit downside risk by targeting a protective floor against losses greater than approximately 10% per quarter.

The ETF does not invest in Tesla directly; rather, it is in options tied to the company.

Some 90% of TSLH’s actively managed portfolio will be made up of Treasury bills in order “to construct a potential floor against significant losses on a quarterly basis.” The remaining 10% will be made up of a call option spread on TSLA using FLEX Options.

TSLH will reset its portfolio each quarter, though shares can be held indefinitely.