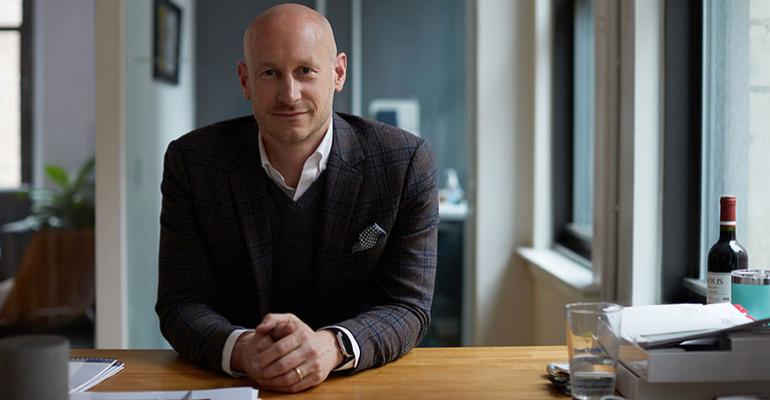 Recordkeeping-as-a-service firm Vestwell landed a $70 million Series C funding round that has founder and CEO Aaron Schumm describing “a very clear line of sight to be a multi-billion-dollar business in the very near future.” The investment round was co-led by Wells Fargo Strategic Capital and Fin Venture Capital, according to an announcement, with additional investments from sources including Goldman Sachs and Morgan Stanley as well as the venture arms of insurances firms that include Nationwide Ventures, Allianz Life Ventures and Northwestern Mutual.

According to Vestwell the funding will go towards scaling its business and adding support for workplace savings products like 529s, HSAs, emergency savings and IRAs. The firm did not disclose its valuation.

In an interview with WealthManagement.com, Schumm revealed that Vestwell not only grew its business by 200% last year, but that it’s on pace for 300% growth this year, though he declined to disclose the number of plans this represented. Part of that growth comes because Vestwell is perfectly positioned to take advantage of the “at work” trend that’s hitting wealth management, said Schumm.

“As an industry, everyone is looking at ‘at work’ as the frontier that they need to be engaged with and leading,” he said. Entering the workplace is how wealth management firms “really get a foothold on establishing client relationships as early as possible.”

“Vestwell is the engine underneath Morgan Stanley at Work for their small businesses," said Schumm. "We just did the national roll out.”

Morgan Stanley at Work is one of the wirehouse’s major drivers of business and is one of the “three legitimate channels pouring assets into the house,” according to its CEO James Gordon, who is aiming to take business from firms like Charles Schwab.

In the case of Morgan Stanley, which does thousands of small business retirement plans a year, Vestwell helped the wirehouse move those plans from “someone who was perceived as a competitor” to bringing them in-house, explained Schumm.

Prior to working with Vestwell, Morgan Stanley was concerned about the personnel it would have to hire to support bringing those plans in-house, said Schumm. But with Vestwell’s technology, the wirehouse was able to make the transition without the overhead. “You can incorporate Shareworks. You can incorporate E*Trade for direct brokers, whatever it may be,” he said. “Vestwell is the nucleus of that.” After publication, a Morgan Stanley spokesperson stated that it isn’t concerned about hiring staff and that Vestwell is “not the nucleus of the Solium [renamed as Shareworks] and [E*Trade] integrations.”

Indeed, Vestwell is “one piece of the puzzle” in the workplace, said Anthony Bunnell, head of retirement at Morgan Stanley at Work, via email. Morgan Stanley’s commercial and funding relationship with Vestwell “is part of our larger goal to help an employee’s entire financial life, including saving for their goals and planning for retirement,” he added. “This investment demonstrates our commitment to cutting-edge innovation and thoughtful disruption.”

Another part of Schumm’s vision of a “multi-billion-dollar” valuation comes from the firm’s support of state auto-IRA programs. The Oregon Treasury Savings Network ended its contract with Vestwell rival Ascensus, opening up the opportunity for Vestwell to run OregonSaves, which it will power as early as the end September, according to Schumm. Vestwell is also slated to run the Connecticut auto-IRA program.

Another facet of Vestwell’s success is its appeal in a market that’s been all but overlooked, said William Trout, director of wealth management at Javelin Strategy & Research. “Small businesses of [up to] 1,000 participants represent a huge, underserved target that traditional recordkeepers cannot economically serve,” he said. “Vestwell provides a great user experience for financial advisors and end users. It’s truly ‘recordkeeping-as-a-service;’ a modern, cloud-based version of the clunky platforms the recordkeeping incumbents have been serving up for years.”

While names like Morgan Stanley and Goldman Sachs are associated with Vestwell, there’s room for independent advisors to benefit from Vestwell’s inroads, too, he added.

“Some 90% of small plans are sold by advisors and Vestwell makes their life easy by helping them easily input their funds and by automating oversight functions,” Trout said. “Vestwell’s ability to aggregate the plans on its platform supports economies of scale for these advisors.”

To be sure, competitors are already noticing Vestwell's success. "The economics of the small business marketplace may favor nimble challengers like Vestwell, but incumbents like Empower aren’t going to roll over and die," he added. "Large players like Vanguard and Fidelity have noticed the small cap opportunity." The challenge for them will be scaling down their platforms to meet price expectations.

Nevertheless, Schumm sees a bright future for his firm. Vestwell is agnostic when it comes to who it works with, he said, which will only strengthen its position. “We want to be the engine for everyone,” he said. “We want to really help drive better outcomes in savings futures with everyone.”

While the small to midsize business plan, platform, and record-keeper market may not always get the attention it deserves from large incumbent firms, there are a handful of startups and small established firms making some inroads. Some of these include Ubiquity Retirement, Betterment for Business and Guideline, the latter recently landing its own $200M Series E funding round in June. Guideline, for example, now manages $4.8 billion in retirement assets from more than 21,000 small and midsize businesses.

This article has been edited to clarify comments regarding Vestwell’s relationship with Morgan Stanley.