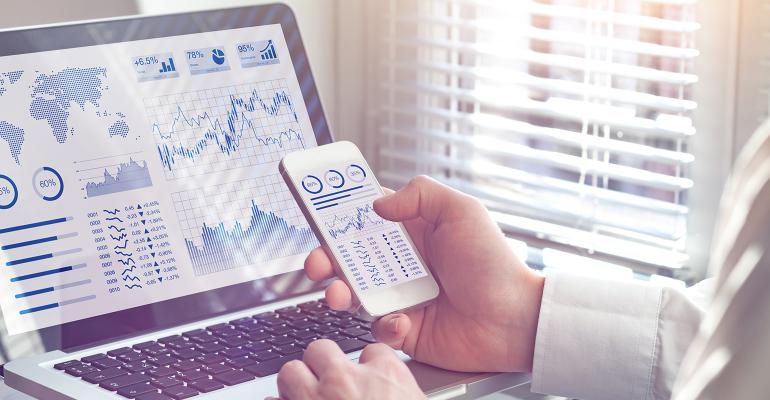 The Evolution of 401(k) Record-Keeping Technology

Innovation, much of it facilitated by technology, has helped advisors desiring to work with small businesses in the retirement plan space, but it has been a long road.

Over the years, 401(k) record-keeping technology has experienced a stunning evolution, thanks to the influential impact of the internet and pivotal developments in the financial industry. Affordable 401(k) plans that reflect the best interests of participants are now more accessible than ever.

The journey to this point has been long but rewarding, considering the many obstacles that existed during the 1990s. Back then, financial advisors typically worked on commission and were paid different amounts based on which class of mutual fund shares they sold to clients. In selling a retirement plan with these share classes in mind, you had to pick a fund family, rely on them to provide the plan’s record-keeping and then hire a third party to handle the administrative work.

The resulting system was very disjointed, often providing a poor experience for clients. Services like transferring money, producing statements and filing tax returns were time-consuming and costly, as they lacked both integration and digital capabilities.

This is all on top of the situation whereby most mutual fund families that provided 401(k) plan record-keeping wouldn’t allow other fund families on their respective platforms. At the time, I was an independent registered investment advisor and CFP, and so I sought to pick the best funds in each category (e.g., large- and small-cap stocks, international, fixed income and money markets). As such, I craved a multi-fund-family approach because each offered distinctive strengths and weaknesses.

The only alternative at the time was to work with insurance companies, which claimed to provide multiple-fund-family plans but really offered copycat products in the wrapper of a group variable annuity. Because of the extra layers, these products were much more expensive than directly accessing the funds. Furthermore, most mutual fund families and insurance companies didn’t want to serve small businesses due to their lower account balances and savings—but those small businesses were who I was largely working with at the time.

Necessity is the mother of invention

My hands were basically tied because I couldn’t find plan providers that would work with many of my clients and allow me to build the best programs by accessing multiple fund families in a cost-effective way. Those challenges and frustrations led me to start an online, fully bundled, open architecture 401(k) platform in 1999.

With a fully bundled structure, record-keeping and administration are managed together. This ultimately creates efficiencies that enable advisors to offer plans at a lower price point. Open architecture indicates that fund choices aren’t limited to one family, allowing advisors to hand-pick the best funds in each category and create optimal customized plans for clients.

Seeing the revolutionary capabilities offered by the internet inspired other companies to also begin launching fully bundled open architecture platforms around the same time, as we all sought to create the solutions we had been envisioning. This development dramatically shifted the dynamics of the retirement industry, offering advisors much more control and input. Critically, it also allowed them to demonstrate why clients should value the role of advisors in creating a customized retirement plan.

Since then, 401(k) record-keeping technology has been forced to evolve, partly due to significant developments in the regulatory environment. New legislation in 2002 created the Single(k), which enabled self-employed individuals to enjoy the full benefits of a 401(k) plan. In 2008, fee disclosure rules went into effect, and ideas like auto-enrollment were not only allowed but also encouraged.

Then, from 2010 to 2014, the Department of Labor (DOL) focused on enforcing a fiduciary rule because it recognized that many plan providers weren’t prioritizing the best interests of participants. This caused several players to drop out of the 401(k) space, while solidifying the group of advisors who embraced the concept of acting as fiduciaries.

Meanwhile, technology has continued to surge forward, with now-omnipresent smartphones and apps creating expectations for excellent user experiences on digital platforms. In turn, the financial services industry has become significantly more aware of how technology can create positive change, as proliferating automated advice platforms, or so-called robo advisors, offer greater access to professional investment management than ever before.

With these advancements in technology, we have been able to continue to improve efficiencies through automation, deliver more impactful and meaningful user experiences, and drive down costs. All of this has enabled us to reach the millions of businesses that need access to cost-effective, easy-to-understand workplace retirement savings plans.

In the wake of so many influential developments, what role can advisors still play? Now, a computer can pick portfolios better than you, and that’s OK. Fundamentally, you should not fear or dismiss technology. Rather, embrace it as a tool that helps make your job easier. Continuously redefine yourself, evaluate how to add value and, just as importantly, demonstrate it.

Take a holistic approach by truly listening to the goals and concerns of your clients, then employing your expertise to craft a great 401(k) plan for them. In the end, almost anything can be automated except that critical human connection. As we approach 2020, your personal relationships with clients have in many ways become the most valuable service you can provide.

Chad Parks is the founder and CEO of Ubiquity Retirement + Savings, headquartered in San Francisco.