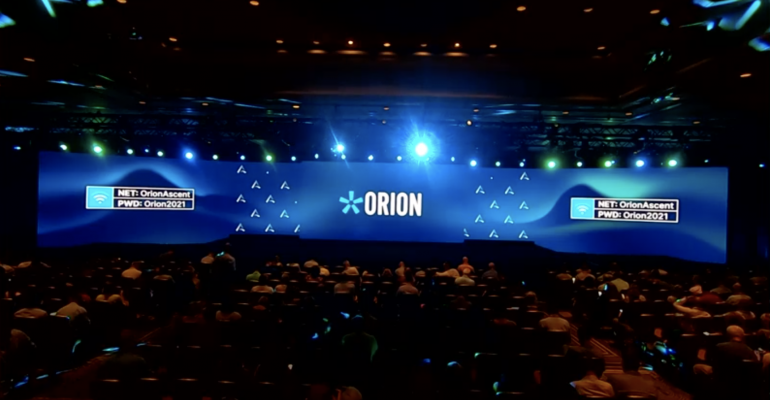 Orion is pushing deep into behavioral finance with a new technology-backed take on planning.

Behavioral finance was the star of Orion Advisor Solutions’ first in-person conference in two years, an event that saw more than 800 people physically attending and more than 200 virtually. The wealthtech provider announced it would include “behavioral finance workflows,” called “Protect, Live and Dream” in its Orion Planning feature, a rebranded and integrated instance of its 2019 Advizr acquisition. The three themes of the new workflows are designed to make financial coaching easier by taking emotion out of investing decisions.

Daniel Crosby, the chief behavioral officer for Orion, pointed to a study that found behavioral coaching and at least 15 years of financial advice produced households with nearly triple the wealth of uncoached households. “If a company came out tomorrow with a pill that you could take that tripled your wealth, doubled your readiness for an emergency and tripled your happiness, people would be crawling over each other to take that pill,” he said. Behavioral coaching can provide the same benefits.

The message was well-received by attendees. “Every time I hear Daniel Crosby speak, I learn something new,” said Zach Lindgren, the director of information technology services at WealthPLAN Partners, a firm based in Omaha, Neb. with $1.9 billion in assets under management according to regulatory filings. A former Orion and TD Ameritrade employee, Lindgren now supports advisors who use Orion’s service. “I’m excited about Daniel being at Orion and developing tools to improve our advisors and client experience [and] to help us differentiate our firm.”

A vital part of those workflows is the measurement of clients’ risk tolerance, capacity and composure, which Orion has bundled into a new feature, called a 3D Risk Profile, that includes elements from its Brinker Capital and HiddenLevers acquisitions. Brinker’s alignment with Orion is in the late stages, said Eric Clarke, CEO and founder of Orion. Meanwhile, the HiddenLevers acquisition and integration into the overall Orion ecosystem is still early and expected to continue over several months.

Orion also named the cash and lending solution it announced earlier this year in partnership with Focus Financial Partners’ Focus Client Solutions (FCS). Called Orion Cash and Credit, the feature includes cash management through a white-labeled offering of StoneCastle Cash Management, as well as “lending alternatives for personal, business and nonprofit needs,” according to the announcement.

The feature is primarily intended for high-net-worth clients and will allow advisors to compete with private banks and wirehouses, said Clarke. “In a digital service environment, where RIAs go toe-to-toe with big banks for new business, we can now arm independent advisors with a huge equalizer,” he said. The lending opportunities tend be specialized, such as the purchase of a watercraft or aircraft.

As part of the partnership, FCS provides users with a service team, providing white-glove treatment for end clients and advisors needing credit and cash management. Advisors can opt to lead the conversations around lending or turn clients over to a professional at FCS. Cash and Credit is integrated with Orion Planning, added Clarke.

Orion's credit capabilities are "a bold move," said William Trout, director of wealth management at Javelin Strategy & Research. "The one-stop-shop concept is gaining in the independent advisor space," he said. "Technology providers like Orion and Envestnet are focused on expanding their capabilities to serve pent-up advisor demand."

In contrast to Envestnet, however, Orion is differentiating itself with the cash management offering, he said. "Orion wants to capture that business as a sort of 'cash management as a service' proposition, rather than letting RIAs and IBDs go directly to those vendors."

While behavioral finance may have been the star of the show, integrations were not far behind. Orion’s ecosystem has evolved far beyond just one or two components of an advisor’s tech stack. The company is putting effort into making sure its systems can operate as a cohesive unit. “You need your technology to work efficiently together,” said Clarke, addressing the audience of advisors. “This is the ‘why’ behind what we do at Orion.”

The firm now services more than $1.7 trillion in assets, has an employee headcount of more than 1,200 and has almost 100 third-party integrations, he said.

While Orion has acquired several firms recently, including Advizr, Brinker Capital and HiddenLevers, Clarke is currently in talks with “about a half dozen” new acquisition targets. “There are some things that we're pretty excited about that we're hoping to announce here in the coming months.”

Orion's strategy of providing similar services for advisors as those offered by banks and wirehouses will continue, predicted Trout. Digital estate planning services, such as those offered by Vanilla, which just raised $11.6 million in a Series A funding round, or by Envestnet, which purchased the estate planning tech it developed jointly with Apprise Labs, could be a reasonable purchase for Orion. Further expanding its content marketing could be another area for expansion, he added. "These offerings would also help Orion target larger entities, such as banks," he explained. Orion, like its competitors, is leaning into the "one-stop-shop concept."