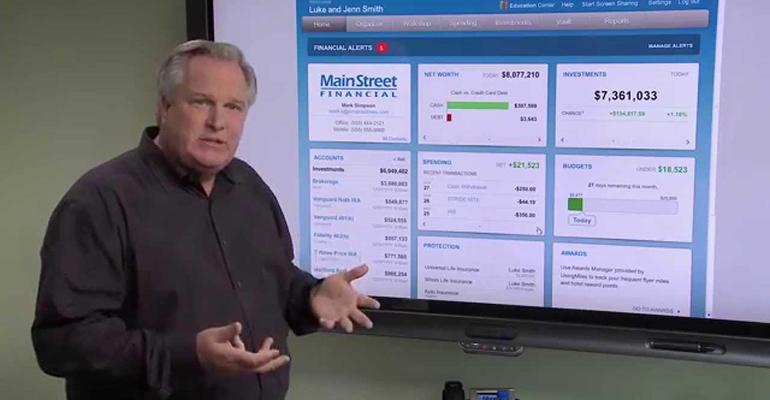 Likely composed of code from, or at least the thinking behind, three longtime competing financial-planning companies, Apprise Labs will have an initial focus on estate planning and cash flow.

In a move sure to stir at least talk of innovation in the advisory fintech space, Envestnet and PIEtech, the company behind the venerable MoneyGuidePro brand, have partnered with Edmond Walters to form Apprise Labs.

Walters, who founded MGP competitor eMoney Advisor in 2000 and led it for more than 15 years, will lead Apprise. Fidelity Investments purchased eMoney Advisor from Guardian Life Insurance in 2015 (that firm is now led by Edward O’Brien, formerly head of platform technology at Fidelity Institutional).

This new startup’s founders said, in a prepared statement released during the T3 conference in Denton, Texas, that it will focus on building software to address estate planning, lifetime cash flow and client retirement needs.

These are all things, with the possible exception of estate planning, that are handled to certain degrees within existing offerings on the market. However, no current vendor has built software from the ground up with this mix in mind, and fully integrated, from the start.

This new “next generation software” will add detailed short-term cash flow and tax information to each of the participating firm’s financial-planning solutions, Envestnet Logix and MoneyGuidePro.

"It's great to be in a scenario where everyone wins," said Tony Leal, co-CEO and chief technology officer at PIETech. MoneyGuidePro improves its estate and legacy planning, Envestnet gets a strong estate module for Logix, and Walters gets to run the business and development of new software, he said.

Apprise's software will be something that all end clients will be able to use, added Kevin Hughes, chief growth officer at MGP. "Everybody has legacy issues," he said. "Somebody with $250,000 cares just as much about where their money ends up when they pass away as somebody with $250 million."

Nothing about this announcement made it into public discussions of Envestnet’s road map back in mid-December, when the firm announced various plans and upgrades, including integrations with BlackRock, SaleMove and the launch of Insurance Exchange. Industry sources state the basic foundation of the software will be FinanceLogix, which historically is strong in terms of cash flow features and was acquired in 2015 by Envestnet.

The announcement caught industry observers by surprise. "You get Edmond Walters to run this and you’re in pretty good shape," said Craig Iskowitz, founder and CEO at Ezra Group Consulting. "It seems like the perfect storm of vendors." Envestnet has to defend its market share, MoneyGuidePro brings acumen as one of the top financial-planning tools and Walters is an investment leader, he said.

The combination of the three is formidable, Iskowitz added. It helps that the estate-planning business is adjacent to the mass affluent end clients that the three have focused on. “It’s green field for them,” he said.

Key “imbedded and fully integrated add-on” features laid out in the prepared statement include estate planning, cash flow, content updates and what is referred to as "snapshot," which will be an expense-tracking feature. Cash flow will, according to the release, allow advisors to compartmentalize a client’s money movement based on strategy or focus area (retirement savings, inheritance gifts or endowment contributions, etc.). Estate planning will provide a dashboard showing client assets that will be “easy to understand.”

Envestnet CEO Jud Bergman, PIEtech co-CEO Bob Curtis and Edmond Walters were scheduled to present information about the new endeavor onstage at T3 on Thursday. In their prepared statement the Apprise Labs founders stated that those using the MoneyGuide platform or the Logix tool will have access to more-advanced and interactive estate-planning options later in 2019.