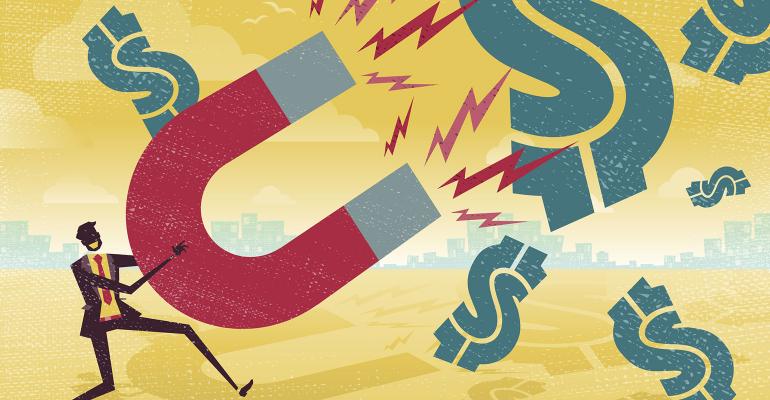 The two are among the group of angel investors that raised $2 million for Zoe Financial.

A company that connects prospective clients to financial advisors has raised $2 million in seed funding from a group of angel investors, including a former BlackRock executive and the chairman of the J.P. Morgan Exchange Traded Funds board.

Andres Garcia-Amaya, the CEO and founder of Zoe Financial, told WealthManagement.com that the lead generation service he launched in February is gaining traction and that it plans to use the funding to hire more employees and broaden the clients and advisors it reaches.

Garcia-Amaya said that some venture capital firms expressed interest in the company but that he wanted investors he trusted and knew would allow him to grow the company as he saw fit, rather than put it on a track to grow or become profitable on a specific timeline.

Among the group of angel investors, most of whom Garcia-Amaya worked with previously at J.P. Morgan, are Robert Deutsch, who retired from the bank about a year ago but remains chairman of the J.P. Morgan Exchange Traded Funds board.

The lead angel investor was Christopher Jones, a principal with CMVJ Capital and previously co-head of Active Equities at BlackRock. Jones is also the chair of the investment committee at Acorns and a senior advisor to Axioma, a risk management technology company.

Garcia-Amaya was previously an executive director and analyst covering emerging markets at J.P. Morgan Asset Management, working closely with top financial advisors. He said he recognized an opportunity to help connect investors with registered investment advisors who lack household names but are mandated to act in the best interest of clients.

“I’ve been in the industry 25 years, I know all the tricks and have been in the belly of the beast, if you will,” Garcia-Amaya said about potential conflicts of interest brokers and other salespeople who are held to a suitability standard.

Deutsch said he chose to be an angel investor because he believes the company is closing the gap between investors and an appropriate advisor for their circumstance. He also believes Zoe Financial is different than other lead generators.

“This is the only matching service out there that really has thought and has some methodology,” Deutsch said.

To be sure, Zoe Financial is not the only client lead generation service; many are now defunct. Similar to others, it is building a network of advisors, growing a pool of would-be clients and playing matchmaker. SmartAsset, another new entrant to the lead generation space this year, recently announced $28 million funding round led by Focus Financial Partners, a high-profile wealth management firm that went public.

But unlike other lead generation services, it is free for advisors and investors to use the matching service. Advisors don’t pay Zoe Financial for each introduction to a prospect; they only pay if a lead becomes a client. The fee structure depends on how the advisor charges for their services. For advisors who charge a flat annual fee, Zoe Financial will charge them an annual fee for 5 years. Those who charge clients a fee based on a percentage of their assets pay Zoe Financial a share of that annual fee for as long as the prospect is a client.

Garcia-Amaya declined to share what percentage the latter are charged. But even the cost of only a few basis points over the lifetime of a client adds up. Say, for example, an advisor were to pay Zoe Financial 10 basis points of the annual fee they charge a client with $1 million. That would mean the advisor would pay $1,000 every year for that client, making the lead generation service relatively expensive compared to others and Zoe Financial potentially quite lucrative if it can deliver prospective clients.

“We are putting skin in the game,” Garcia-Amaya said. “We don’t get paid unless that person ends up becoming a client.”

The company spent the better part of a year building its network of financial advisors before launching in February. Part of the reason it took so long is that Zoe Financial is selective about who can join, according to Garcia-Amaya.

Zoe Financial works exclusively with fee-only advisors. They also must also have at least a Certified Financial Planner or Chartered Financial Analyst designation and relevant experience, and be able to pass proprietary quantitative and qualitative assessment tests.

The final stage of the approval process is an interview with Zoe Financial, during which Garcia-Amaya, who personally interviews candidates, said the firm makes sure they fit the profile of an advisor the company wants to pair with clients. For example, the firm makes sure that advisors are keeping up with the evolution of industry best practices and asks them about their firm’s technology stack.

Garcia-Amaya said he also asks advisors about their investment management (if they don't outsource it) and is looking for advisors “picking styles versus picking stocks.” Some, he said, can defend their investment management but others struggle and don’t make the cut. Garcia-Amaya recalled some advisors telling him “clients don’t usually ask that” to which he responded, “OK, well, we’re asking that.”

More than 100 advisors hear about Zoe Financial through word of mouth and apply each month, but it only accepts about 5 percent of applicants, he said. Garcia-Amaya did not share how many advisors had been allowed to join the network so far, but said the registered investment advisors admitted to the club managed around $8 billion in client assets.

Investors have also found their way to the lead generation company through word of mouth, but most find their way through targeted digital advertising on social media websites, including Facebook, Twitter and LinkedIn. The company is also using sponsored content in an effort to become a source of information on the industry and how to find and vet advisors.

Since it launched in February, investors with an aggregate $800 million of investable assets have sought an advisor through Zoe Financial, the company said.

“Business development is typically the biggest challenge that most advisors face,” said Stephen Wershing, the president of an advisor coaching and strategy firm called The Client Driven Practice.

But Wershing said he hadn’t heard of Zoe Financial, and if it delivers what it claims to, he could see it being “tremendously appealing.”

“If these folks have a way for projecting that advisor’s value proposition,” Wershing said. “That’s a pretty big deal.”