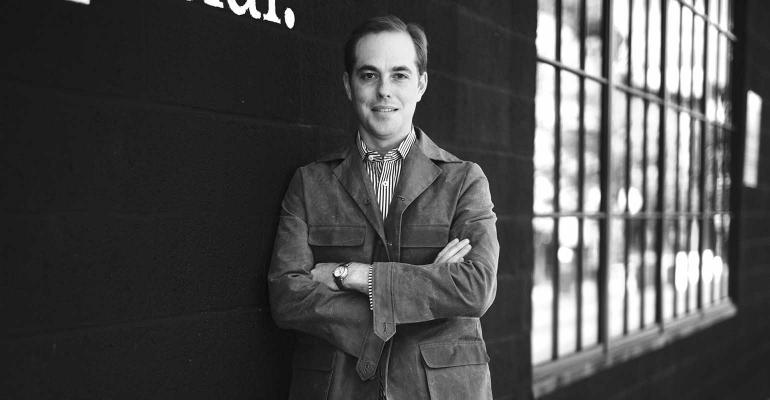 A focus on consumer marketing and a formula for advisor efficiency were met with lofty expectations and millions in additional funding.

Having recently raised $100 million, tech-advisor hybrid Facet Wealth is capturing more than just venture capital. It remains an object of curiosity for the wealth management industry, with Facet’s shifting client acquisition strategy and the notably large number of clients it says it assigns to each advisor.

For three years following its founding in 2016, Facet Wealth’s client acquisition strategy was to buy other advisors’ books of business. It focused on buying the business of smaller clients who were unprofitable for advisors, a group that included older clients on the cusp of retirement.

Ultimately CEO and co-founder Anders Jones put a stop to the strategy he characterized as "moderately successful." Advisors selling their clients to Facet struggled to explain to those same clients why they wanted to move them in the first place, he said. Since 2019, he’s found a more successful strategy: going directly to consumers with a subscription-based service that led with financial planning, not investment management.

The change in strategy has led to a growing client base of individuals new to human-provided financial advice. Seventy-five percent of Facet's book of business has not worked with an advisor before, according to Jones.

“When you're building a business and trying to get the highest (return on) dollars that you're spending … you want to make sure it's going to the highest and best use,” said Jones. “It's so much easier and a much higher ROI to go direct to consumer.”

Facet’s current strategy, which Jones calls a “digital marketing machine,” benefits significantly from last year’s changes to the SEC’s so-called Ad Rule. Besides using paid media, social media and search optimization, Facet utilizes “an influencer program” of happy clients who encourage potential clients to bring their assets to the hybrid, according to Jones. These paid testimonials are then targeted to individuals who are new to human-provided financial advice, emphasizing factors like paying down debt, starting a family or buying a house.

Another factor in Facet’s marketing playbook is the expertise of Chief Operating Officer Shruti Joshi, who was hired last year. Joshi previously led efforts at Verizon to get customers on its Fios network and founded her own marketing startup, called Compell’d, said Jones. Compell'd is a peer-to-peer service that allows user to "collect, curate and share trusted recommendations."

One of the aspects of Facet’s marketing is a focus on client metrics that don’t make it into regulatory filings under a traditional AUM umbrella. Among the firm's clients, more than 400 babies were born last year, said Jones. It was a measure of success, he said, because it showed that Facet's clients had enough confidence in their financial plans that they were ready to grow their families.

“We manage more than a billion dollars at this point,” he said, “but only about half of our clients actually invest money. The rest we're helping with those very tangible life milestones.”

According to its most recent regulatory filings, Facet manages $961 million in assets across 9,664 accounts. Those assets belong to approximately 5,000 clients who receive planning and asset management, with less than 1,000 of those clients considered high-net-worth—a client segment the firm does not target, according to Jones. The other approximately 5,000 clients receive financial planning starting at $1,800 a year.

For clients who chose to invest their money with Facet, the firm has its own trading operations and self-built set of model portfolios. It uses Apex Fintech Solutions and Fidelity to custody the Vanguard and BlackRock funds it trades. Accounts have a $500 minimum. Clients are interested in a crypto investing vehicle, which is under consideration, Jones confirmed.

While Facet has big aspirations (the firm wanted to work with 24,000 clients by the start of this year), it’s still subject to human limitations. Four years ago, Jones said his firm’s tech would allow each Facet advisor to work with between 250 and 300 clients. Today that number has been revised down to 250 clients per advisor. The average advisor works with 90 to 94 clients, he said, noting that advisors who are just starting work with fewer clients while more experienced advisors have between 220 and 250 clients.

To be sure, even 220 clients is well beyond a "cognitive limit" on human groups, often referred to as "Dunbar's Number." First proposed in the 1990s by British anthropologist Robin Dunbar, the number—150—represents the maximum size of a stable social contract.

A decade ago, industry observer and advisor Michael Kitces applied that figure to advisor-client relationships, noting that advisors tend to “‘cap out’ at a maximum number of clients [of] around 100-125.” The observation was anecdotal, he said, but added that “it may be unrealistic to expect that planners will ever be able to maintain more than about 75-125 real client relationships.”

Observations about productivity from Kitces also conflict with Facet’s plan to grow by increasing the number of clients per advisor, rather than advisor head count. Three years ago, Kitces wrote that “understanding the average revenue per client also provides an indication of the ‘maximum’ revenue that advisor can ever earn (e.g., $3,000/client every year means a maximum of $300,000/year in revenue for the practice!)”

Coincidentally, Facet said its average client spends $3,000 a year for Facet’s services and that the firm’s revenue last year moved north of $25 million. The firm has about 110 advisors, working with 10,000 clients (an average of about 90 clients per advisor). It takes over a year to get each advisor at capacity, said Jones.

Without hiring another advisor, the firm should be able to service roughly 27,500 clients, according to the predictions and expectations laid out by Jones. If each advisor works with 250 clients and if those clients continue to pay an average of $3,000 per year for Facet’s services, the firm should bring in roughly $82.5 million in revenue without an accompanying rise in labor costs.

Facet plans to hire just five financial advisors in 2022, as it works to maximize the capacity of its advisor workforce.

So far Facet hasn’t yet hit the bullseye of advisor efficiency set by Jones, but as it moves in that direction, the market is wide open to grow exponentially, he says.

“There is an enormous market of folks that needed help or that need [financial advice] and aren't working with a financial advisor at all because they don't believe that the industry provides a solution or an offering that matches their needs,” said Jones. Facet is intent on “building an enduring and durable consumer brand that really addresses that massive need of the market.”