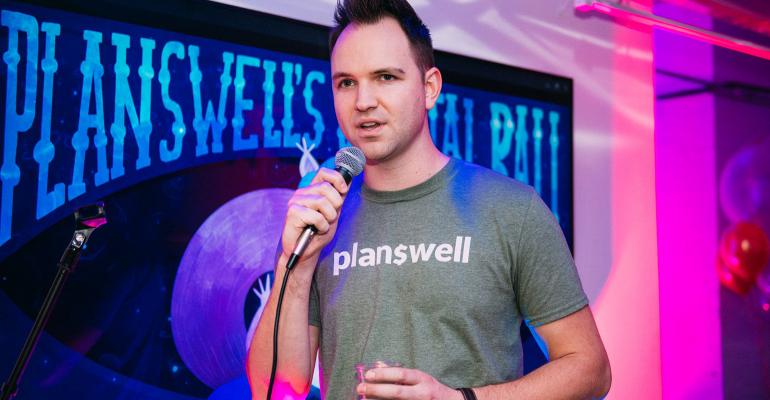 Despite a promising yet short existence north of the border, the automated planning-as-lead-generation startup is confident it can attract the right U.S. advisors.

Canadian financial planning software developer Planswell is expanding into the United States, bringing its automated planning-as-lead-generation offering to American financial advisors. In its home market, the firm’s executives said Planswell had distributed more than 200,000 free financial plans based on in-house planning technology, while connecting Canadian users with Canadian financial advisors, the latter having paid a monthly subscription for access to users that had entered their financial information into the software. It's an attempt at resurrection for a company whose technology has "impressed" one U.S.-based analyst.

Instead of relying on internet search–based leads, utilized by firms like now-defunct MyNewFinancialAdvisor (MNFA) nearly a decade ago, Planswell relies on social media channels, particularly Facebook, to attract users. The entry point for a potential user is typically a question with "no" for the answer, like, "Are you on track for a comfortable retirement?" or "Do you know how much money you'll need to save for retirement?" Users then enter basic financial information like their income, age, risk tolerance, debt, what type of insurance products they have, and any assets they own and are given a basic financial plan in return for their information. Users can also enter financial goals they may have.

The U.S. version of the software returns a state-specific financial plan for the user, while harvesting a verified phone number for a financial advisor to make contact with the user. Users are then presented with a link to speak with an advisor, alongside modules for borrowing, insuring and investing. Planswell does not make recommendations on products or investing instruments and has no affiliations or “strategic relationships,” according to CEO and co-founder Eric Arnold. Actual financial advice and individual product recommendations are left up to the advisor, he added.

This is the second attempt at growth for the Toronto-based fintech firm. Planswell was founded in 2015, and by late 2019 business seemed to be humming. The firm had a mortgage brokerage, an insurance brokerage and an automated investing product, and was in the middle of another funding round, according to Canadian trade publication Wealth Professional. But internally, the company was roiling and all 57 employees would eventually be out of work by November.

A year ago, Betakit, a news site devoted to Canadian fintech startups, attributed the firm’s funding collapse to ”anonymously published allegations of sexual harassment made by a former Planswell employee against a company co-founder.” The situation precipitated “a social media storm,” Arnold told the publication. After raising nearly C$14 million (roughly US$11 million) in its first few years of business, Planswell was unable to convince investors to continue supporting the venture, he said.

Plans were put in place for a relaunch, and by February 2020 the firm announced it was back in business. Arnold decided to refocus on providing a free direct-to-consumer financial planning product that facilitated lead generation for financial advisors. Funded by friends and family, the reincarnated version of Planswell has been “cashflow positive, most months, since we launched,” employing a team of 40 people and with no need to raise more funding, he said.

Advisors who use Planswell are free to contact users that Planswell identifies as promising leads, per the firm's privacy policy, said Arnold. "Users agree to our privacy policy and that we may reach out to assist with improving their plan. It's a highly valued conversation," he explained. The firm is not currently working with any employers, but sees an avenue where its services could be "a great way to add value to the employee experience."

Advisors wanting leads harvested by Planswell must apply to become members and pay a monthly subscription for the service. Andy Cosby, a Canada-based Planswell recruiter and licensed mortgage and insurance agent, said the lowest-tiered plan in the Canadian market cost C$500 a month.

As part of their membership, advisors get their own custom URLs, which can be used to amplify the value they get from Planswell, said Cosby. For example, if an advisor is leading a group session on financial planning (whether live or online, for example in something like Facebook Live) and the advisor provides his or her own unique URL, that advisor can then harvest the entire group’s contact information to be utilized at a later time. Planswell still keeps a copy of the prospect's contact information, but it is earmarked for the advisor who provided his or her URL.

Planswell’s offering has the potential to make inroads and the stars may be aligned in a way that could help Planswell avoid the fate of MNFA and others. "The shift to work from home creates a huge opportunity for digital marketing/prospecting solutions," said Sophie Schmitt, a senior analyst of wealth management at Aite Group. She spoke with the CEO and said she was "impressed with [Planswell's] model."

"The world has changed drastically since MNFA," she explained. "In 2012, advisors still did most of their prospecting in person versus online or via phone. It looks like phone was a key channel for MNFA, while I bet the phone technology they built would not be as desirable today, now that all generations have become comfortable communicating online and via mobile."

"More people are in front of their computers worrying about their financial future and open to talking to someone via video call," she added. "The timing might be right for Planswell."

Planswell executives are confident they're in the right place at the right time, but Planswell faces established competition on multiple fronts in the U.S. marketplace. Two years ago, Wealthfront made its software-based financial planning feature available for free to users, regardless of whether they invested with the firm or not. The next year, following Envestnet’s acquisition of PIETech’s MoneyGuidePro, the financial planning software provider turned to its MyBlocks offering to attract prospective clients.

Being selective is the differentiator

Ultimately, being choosy may be the key to success for Planswell.

“I like that they select advisors carefully and they need to be licensed to implement investments and insurance solutions in order to help clients with plan implementation,” she said. “It’s a good approach for advisors who are looking for qualified clients and are eager for a simpler planning process.”

“Product-oriented” advisors could find that the simple financial planning tools provided by Planswell entice qualified clients, she added. “It could be a good onramp to planning for advisors who have been less comfortable with financial planning in the past.” In that way, Planswell is set up to compete with offerings like Bank of America’s Life Plan or even eMoney’s Incentive app.

Lead-generation services can be frustrating for advisors, but Planswell executives are aware that their service, if used by all advisors, could be valuable to none.

“We can’t have an unlimited number of advisors,” said Cosby. “We're trying to make sure that we're finding that right fit.”

The ideal advisor “sees that the [wealth management] landscape is changing from a face-to-face to a more digital and online experience,” added Cosby. The ultimate qualification? An advisor who is a “lifelong learner,” he said.